The winners and losers of the Bahrain conference

The United States revealed its economic plan for Palestine at a conference in Bahrain, and the winners and losers of that plan will be impacted for years to come. 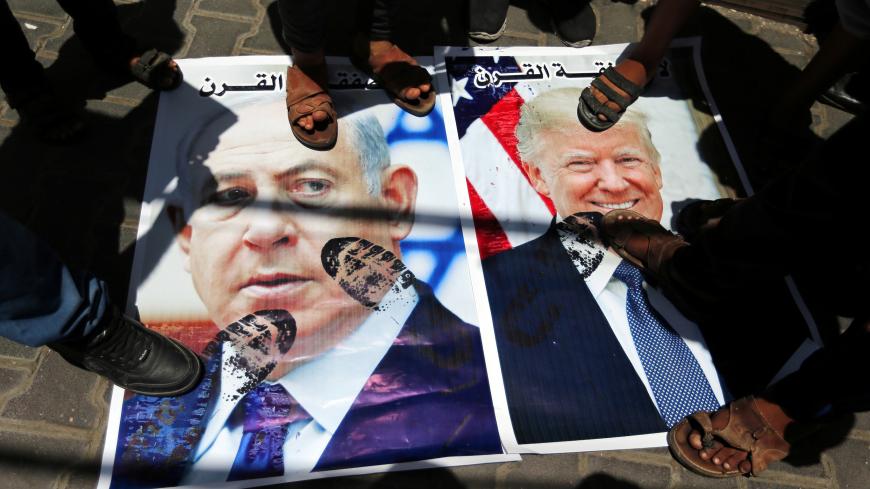 The Palestinian president took a big risk by boycotting US mediation efforts after it moved its embassy from Tel Aviv to Jerusalem. Abbas also defied Israel and the United States by refusing to stop providing financial support to Palestinian prisoners and families of martyrs. His position won him lots of credit among Palestinians and erased many of his mistakes. He would be smart to quit now while he is ahead.

Normalization with the Gulf

Although normalization with Israel among Arab countries is conditioned upon the Israeli withdrawal of all areas occupied in 1967, per the Arab Peace Initiative, it is clear that some countries, like Bahrain, are moving away from this commitment. Bahrain's foreign minister appeared to soften the stance on normalization. Khalid bin Ahmed Al Khalifa told the Times of Israel that Israel’s "rejection of the Arab Peace Initiative is a 'missed opportunity.'" Perhaps the single image that captured the normalization issue was an Israeli journalist's selfie with his passport outside the offices of the Bahrain society against normalization in Manama.

While the Bahrain workshop was tight-lipped on politics, the issue of a two-state solution, which US envoy and Trump son-in-law Jared Kushner opposes, forced its way, with more than one speaker — Arab and non-Arab — stressing its importance. The workshop ended with Kushner in conversation with former UK Prime Minister Tony Blair, who began his talk by stating, “I support the two-state solution.” A number of speakers stressed the need for Palestinians to have dignity and their own state.

The besieged Gaza Strip won on all sides. The US plan's call for a corridor road and railway connecting Gaza and the West Bank puts to rest Israeli attempts to permanently isolate Gaza from the West Bank. Gaza was also the focus of the statement by the International Monetary Fund president, who called for easing “restrictions by Israel on the movement of goods and people and capital both within West Bank and Gaza and on its trade with the rest of the world.” This is a success for Gaza, which Israel wants to isolate from the West Bank.

The concept that an economic track predates the political track took a big hit when Blair told Kushner flat out that “it is absolutely foolish that you can have economics without politics.” Economic peace was first presented by the Israeli prime minister in 2008, as well as in consecutive years. “You are going to have to deal with the political thing in order to get investment,” said Daniel Mintz, a founder of Olympus Capital Asia, at the workshop in Bahrain.

Before the start of the Manama workshop, the Palestinian president told members of the Press Association in Israel on June 23 that the workshop would fail. Lebanon, Iraq, Syria, Oman, Kuwait, Algeria, Russia, China, and most of Europe and South America didn’t attend. Palestinian and Israeli officials didn’t come. Key Arab countries such as Jordan, Egypt and Morocco sent low-level delegations. Expectations that the workshop would bring about the end of the UNRWA failed miserably as the UN agency for Palestinian refugees was meeting in New York and raising enough money to sustain its mission.

Kushner has no political or foreign policy experience, though he has plenty of business experience. This was clear in Manama. At one point in his speech, Kushner admitted that he is in the minority, but nevertheless insisted on his position. Foreign policy and diplomatic experience do count. A smart and experienced politician would not have insisted on going through with the workshop regarding Palestinians and Israelis when its key parties — the leaders of both sides — were absent. This was a clear overreach, and his performance in Manama will be quickly forgotten.

This sleepy Gulf country received plenty of attention by agreeing to host the workshop. It had a chance to showcase its success and no doubt attract more investment from the United States, Israel and the world.

While Bahrain may have won attention and lots of praise from the Trump administration, the Gulf kingdom was the target of plenty of Palestinian and Arab protests, media attacks and harsh criticism on social media. The absence of Israeli officials might have lessened the criticism, but Arab peoples didn’t spare Bahrain their criticism.

Despite boycotting an economic workshop called for by the most powerful country in the world and held in a fellow Arab country, Palestinians came out as the winners. Not only was their absence and Israel's occupation the talk of every media outlet, but they were given plenty of airtime. Abbas hosted the foreign press that is stationed in Israel and CNN gave Palestinian Prime Minister Mohammed Shtayyeh prime time on its lead political program. Shtayyeh’s iconic statement — Palestinians don’t want to live in "five-star hotels while under occupation” — was repeated across the airwaves. The Washington Post gave space to a number of pro-Palestinian columns, including one by Shtayyeh.

Yet one has to acknowledge that the Palestinians came out as losers, because, at the end of the day, they were not in the room where their fate was being discussed. By turning down all the international goodwill that was offered, the Palestinians are bound to lose any direct gains, regardless if this plan is implemented.

The Bahrain economic workshop is over and will soon be forgotten. But the winners and losers will be rewarded or scarred for years to come.