Saudi Arabia has partnered with a US company to export LNG from Texas, and is looking for more LNG deals. 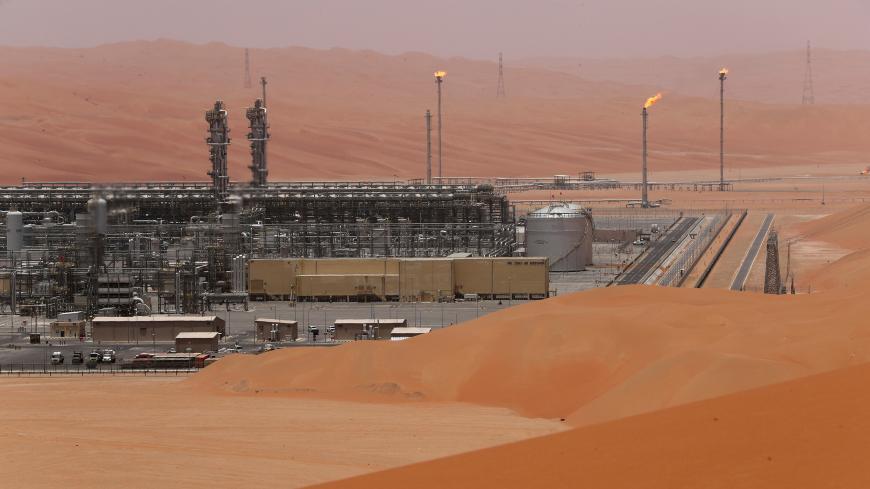 The United States has achieved a goal of energy independence. Now, according to the Department of Energy, US policy will support the export of American energy products such as liquefied natural gas as “molecules of US freedom” to the rest of the world. But energy markets are a little more complicated, and less nationalistic.

Saudi Arabia, through its national oil company Aramco, has just made a major gas investment in the United States. America’s energy independence has a side effect; it is also attracting its competitors as foreign direct investors. It is unlikely, however, that the American freedom gas exported by Saudi Aramco will find its way to the kingdom.

Sempra Energy and Saudi Aramco announced last week that their subsidiaries have agreed to a long-term liquefied natural gas sale and purchase agreement for 5 million tons per year of LNG offtake from a Port Arthur, Texas, facility. The deal also includes Aramco taking a 25% equity stake in the Port Arthur LNG export project. Sempra Energy is a San Diego-based utility with operations in the Americas that has branched out into the energy infrastructure business as a builder and operator of supply chains and the power plants that purchase and use the energy to create electricity.

Aramco has been on a hunt to expand its operations into full-scale energy production, from upstream to downstream in oil and gas, to petrochemical production globally. Its efforts have so far been most fruitful in finding a partner in LNG in the United States, while partnerships in Russia and Asia are also targets.

LNG is in high demand, particularly for electricity generation, as it is less polluting than crude oil. Natural gas is portable, and fungible because of technology that cools it and allows it to ship globally. In Saudi Arabia, there are two reasons why developing an LNG business is attractive. First, it allows crude oil currently used for electricity generation, which is heavily subsidized by the government, to be exported for profit. Saudi Arabia is building more gas-fired electricity plants, along with efforts in renewables.

Second, it helps Aramco become a major international energy company and meet consumer demand in its key markets in Asia that are also transitioning their electricity generation. Aramco wants to control as much as it can in both material production and means of production of oil and gas. Competitors to Aramco will be the big international oil companies like ExxonMobil and Shell, but also government-controlled gas supplier and regional rival Qatar and Russia’s Gazprom.

Aramco has a tall order. Saudi Arabia wants to harness its domestic energy supplies — and its supplier — to create economic growth for the kingdom well beyond selling crude oil. Politically, the kingdom is tasked by the US president to act as an on-demand oil producer. Its domestic energy demand is also climbing, such that the production of gas in Saudi Arabia is also a priority. The LNG that Aramco owns in places such as Port Arthur or along the coast of Mexico is more likely to be traded in the Western hemisphere than find its way to the Persian Gulf. Aramco also now trades non-Saudi oil in a bid to influence markets more broadly.

As is occurring with many government entities in Saudi Arabia right now, there is tremendous pressure to deliver economic growth domestically, through international expansion and prestige projects. Translating a top-down vision and strategy into ground-level operations continues to be a bureaucratic challenge across government entities. Aramco’s gas strategy is no exception in the new Saudi Arabia. However, Aramco is less supported by external consultants than other state entities, while it is also the government’s most important source of revenue.

The Sempra deal also underlines how the energy business is not very interested in nationalism. The biggest customers, such as China and India, will gain leverage and bargaining power. Private firms will consider all attractive offers. Government-owned companies are more likely to compete with private firms, while their political commitments, whether at home or abroad, are more likely to be a drag on profitability.

But Aramco cannot do everything at once. The Sempra deal is a success, but simultaneous efforts to expand into gas projects in Russia and Asia have not been as smooth. Aramco lost a competition to Chinese state firms for a stake in the Russian Novatek Artic gas liquefaction project. Aramco should have some willing partners to purchase its LNG, such as Pakistan, but payment could become entangled in commitments to Saudi Arabia of political support.