Intel: How Jamal Khashoggi’s fiancee is keeping the pressure on Saudi Arabia

Jamal Khashoggi’s fiancee is determined to keep his legacy alive and well — and that starts with making sure Washington holds Saudi Arabia accountable for killing him. 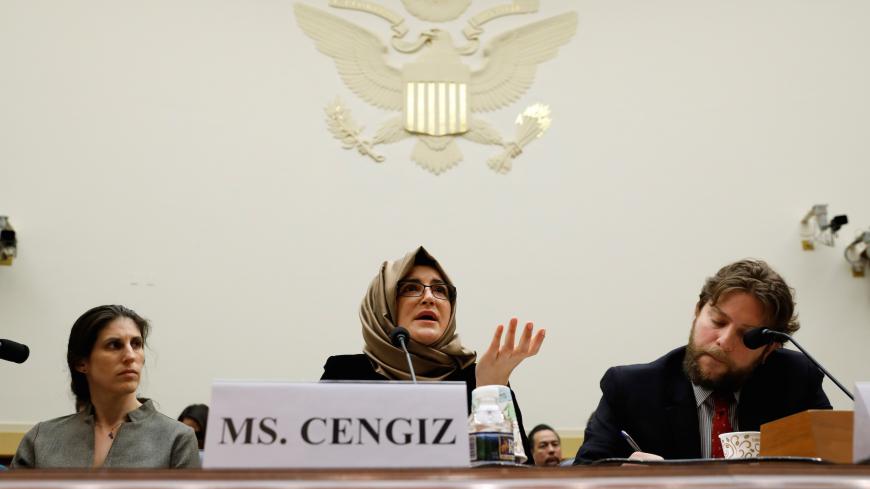 Hatice Cengiz, fiancee of murdered journalist Jamal Khashoggi, testifies before a House Foreign Affairs Subcommittee hearing on "The Dangers of Reporting on Human Rights" on Capitol Hill in Washington, US, May 16, 2019. - REUTERS/Kevin Lamarque

Jamal Khashoggi’s fiancee is determined to keep his legacy alive and well — and that starts with making sure Washington holds Saudi Arabia accountable for killing him.

“In the early days, President [Donald] Trump said that this would be solved,” and House Speaker Nancy Pelosi “talked about how unacceptable this was,” Hatice Cengiz told the House Foreign Affairs Committee’s human rights panel today. “But several months later we see that nothing has been done and that’s why I’m here today.”

Why it matters: Cengiz is working with several of Khashoggi’s former associates to establish his brainchild: an organization called Democracy in the Arab World Now (DAWN). The fledgling group’s early members include Asim Ghafoor, a lawyer; Sarah Leah Whitson, the Middle East director for Human Rights Watch; and former Rep. Jim Moran, D-Va.

As Al-Monitor reported last week in its lobbying newsletter, DAWN has paid Kilpatrick Townsend & Stockton $50,000 to lobby Congress so far this year. Robert Harmala, a lobbyist registered on the account, and six of Khashoggi’s former associates donated a total of $36,300 to human rights panel chairwoman Rep. Karen Bass, D-Calif., in February.

Call to action: During the hearing, Bass asked Cengiz for her recommendations on how Washington should respond to Khashoggi’s murder. Speaking through a translator, Cengiz called for sanctions on Riyadh and for Congress to pressure Saudi Arabia to launch an international investigation “to share information to the public and the United States.”

“There should be sanctions on Saudi Arabia because the reason Jamal moved to the United States was because there were other people like him in prisons in Saudi Arabia who could not voice their own opinions and he felt responsible for them,” she said. “He said in the United States ‘I can be their voice.’ If we cannot bring him back, at least we can help free those people.”

She added that while she declined Trump’s invitation to the White House while she was grieving last year, she would be willing to meet with the president now.

Friendly reception: House Foreign Affairs Committee Chairman Eliot Engel, D-N.Y., stopped by to thank Cengiz for her testimony and called for “accountability” for Khashoggi. “Lawmakers have an obligation to push for that justice,” he said. Rep. Chris Smith, R-N.J., the human rights panel’s top Republican, said that “Saudi Arabia has been very unforthcoming” in its investigation into Khashoggi’s death.

For her part, Rep. Ilhan Omar, D-Minn., related an anecdote about attending iftar with Khashoggi and her predecessor, former Rep. Keith Ellison. Omar said Khashoggi urged her to run for Congress at the time.

Know more: Register for free with Al-Monitor to receive our weekly lobbying newsletter for the latest on DAWN’s efforts and Saudi Arabia’s counter-lobbying efforts. 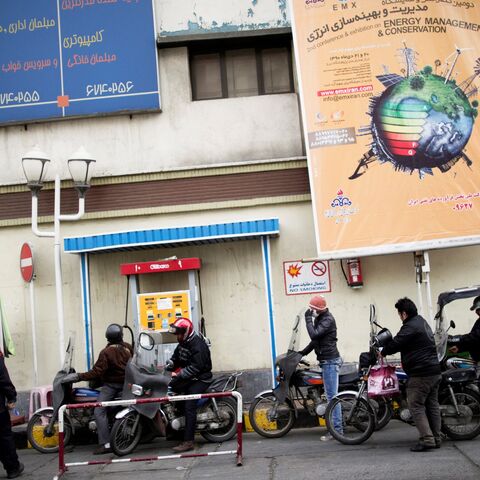 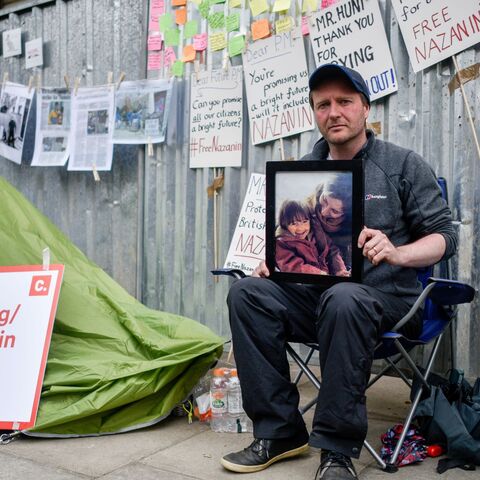