The Donald Trump administration’s drawdown in Syria threatens to disrupt a fragile balance where US troops trade military power for Kurdish protection. 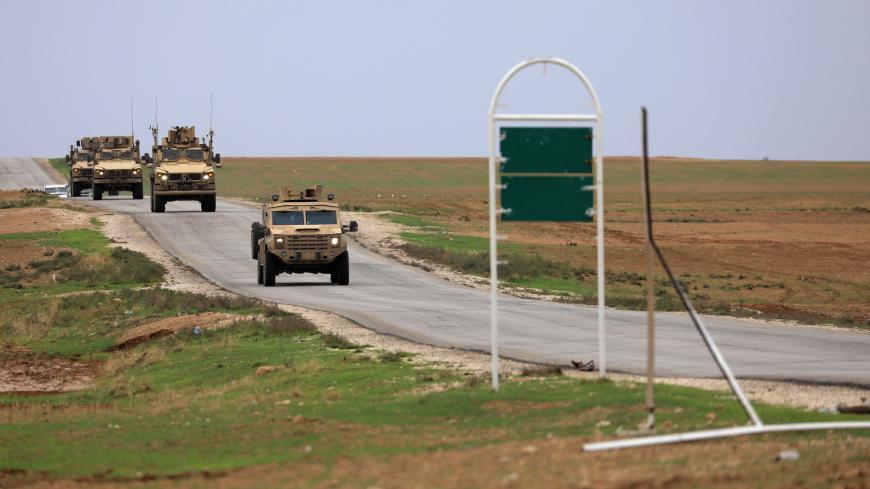 “They’re like the eyes and ears for US forces,” providing information on which buildings to target with airstrikes, said Amy Austin Holmes, a fellow with the Wilson Center’s Middle East program who traveled to the country in February.

But as the Donald Trump administration looks to draw down US forces, experts worry about disrupting a fragile balance where US troops trade military power in the form of airstrikes, advisers and ground firepower for protection from Kurdish-dominated local units.

“There’s just not a lot of US forces in northeast Syria. They’ll become even thinner,” said Aaron Stein, director of the Middle East program at Foreign Policy Research Institute. “The US can’t be out everywhere reaching out touching everything, so they rely on the SDF.”

The security concerns are resurfacing as the Trump administration struggles to reach a deal with European nations and other allies to set up a safe zone to protect the Kurdish forces in northeast Syria.

The Pentagon operates with the consent of Kurdish forces, who are co-mingled with US troops on bases in northern Syria and out on the front lines, Stein said.

The Wall Street Journal reported Tuesday that the US had been rejected or only offered token support by almost two dozen countries.

As the talks continue with allies, the Pentagon insists it can draw down forces and also ensure the Islamic State (IS) does not return while “preventing a security vacuum that destabilizes the area,” said Cmdr. Sean Robertson, a Pentagon spokesman who said the department would not comment on “numbers of troops or timelines.” Trump’s proposal could also now include Turkish forces inside a buffer zone in Syria, Al-Monitor first reported last week.

With US equipment and troops beginning to trickle out of Syria, the United States already appears to be applying less military power to support the SDF’s effort to roll up IS remnants. The US-led coalition did not conduct any strikes in Syria between April 7 and April 20, US Central Command reported Wednesday, the first time the Pentagon has gone a full week without striking IS targets since January 2016. Acting Defense Secretary Patrick Shanahan formally declared an end of IS's hold in Syria in March.

The SDF “can’t just be their own military, because their power is derived from our presence just like our security is derived from their presence,” said a US source with experience in Syria who spoke on condition of anonymity. “If they cut a deal with the regime and the Russians, force protection could be a big issue. It has to be a methodical withdrawal because we’re not going to be there when the Russians and the [Bashar al-Assad] regime roll up.”

Pentagon budget justifications for the upcoming fiscal year said the ability of US-backed Syrian forces to fight and move across the battlefield is “directly linked to US support, including the provision of weapons, ammunition and equipment.” The Defense Department has said it hopes to train 61,000 Syrian opposition fighters by October 2020 who "will focus on back-clearing and holding areas that were liberated from [IS]," though national security adviser John Bolton and other top Trump administration officials have insisted on Iran's expulsion from Syria as a condition of US withdrawal.

Kurdish-dominated fighting and security units have provided extensive support to the US effort. The US source said the SDF provides escorts and helps control checkpoints for the small contingent of US troops and personnel on the ground, which doesn’t have the numbers to spread out across Syria’s northeast.

In the former IS capital of Raqqa, for instance, internal security forces “were almost like a police force,” managing traffic, spotting bombs and looking for snipers, while also providing security for US meetings in Raqqa, Tabqa and Ain Issa, the source said.

The US-led coalition described the group as “tenacious fighters with a degree of basic military training to function as infantrymen” who are heavily dependent on the United States for firepower to fight IS, according to a recent Pentagon inspector general report. The Pentagon has assessed that IS could resurge within six to 12 months in Syria without consistent pressure.

“I don’t believe that there has been enough time to work with them and train them up to provide the military capacity for a standalone … force,” said Linda Robinson, a senior defense researcher at the RAND Corporation.

Speaking at the US Military Academy in West Point in March 2018 just weeks after a deadly clash between US and pro-Assad and Russian forces near a Syrian oil field, then-head of US Special Operations Gen. Tony Thomas described the battle for control as “utter chaos” that has increasingly enmeshed US troops “coffee-breath close” to their Russian counterparts. The Assad government and Russia have called for US troops to leave.

With US money for stabilization projects frozen even as cities liberated from IS lie in ruins, experts fear that the militant group will be able to quickly resurge.

“Raqqa was liberated a year and a half ago, but it’s still in ruins,” said Holmes. “You’ve got 80% of the city that’s still mined. You cannot expect a civilian population to live like that. That is exactly what Islamists exploit,” she added.