After years of undermining judiciary, Netanyahu needs its help 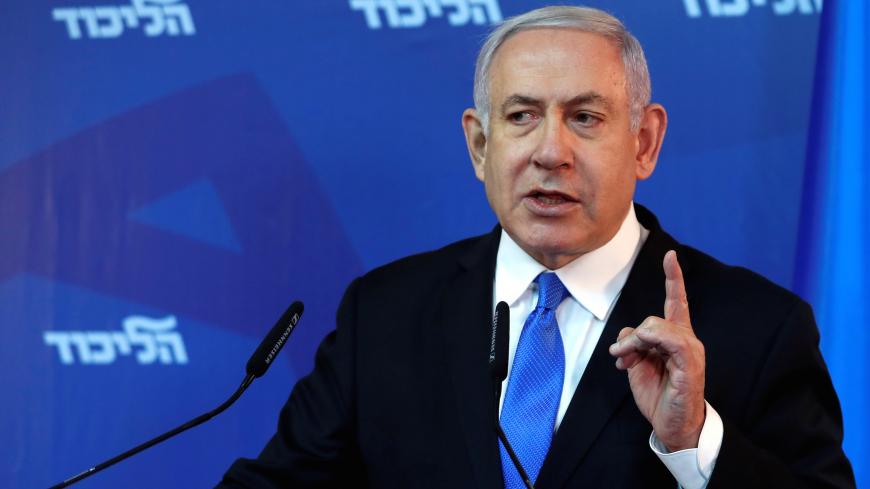 Education Minister Naftali Bennett founded the New Right party on the eve of the last election. When the party failed to pass the voter threshold, he had a hard time dealing with the outcome. He was not satisfied with the many volunteers who recounted the ballots at questionable voting stations and actually joined them in an effort to prove that there were irregularities and that his party actually made it into the Knesset. When the numbers failed to confirm his suspicions, his party announced that the fight was not over and that the next stage would be an appeal to the courts, demanding a recount in several polling stations where the New Right felt that the outcome was illogical.

Just a few days later, Prime Minister Benjamin Netanyahu’s lawyers announced that if Attorney General Avichai Mandelblit did not agree to postpone the hearings for the prime minister’s three cases, they would appeal the ruling before the Supreme Court. They argue that it makes no sense that people dealing with a single case receive three months to prepare their defense, whereas Netanyahu, who is facing three separate charges, received the same amount of time.

It seems to me that when the outgoing education minister and prime minister needed justice most, they were oblivious to how much damage they had done over time to the judicial authority, whose role was to listen to anyone who feels injured and to determine whether their claims are reasonable or just. They thought that the courts would always be there for them when they felt they had suffered some personal injury or were victims of discrimination. Netanyahu backed the attacks on the justice system throughout the last Knesset, and there is every indication that he plans to intensify his war against the court in his next term. Bennett had pressured Justice Minister Ayelet Shaked to both limit the authority of the Supreme Court and to appoint conservative and religious judges.

The main issue surrounding the next coalition revolves around who will be the next justice minister. Based on past comments, the two main candidates for the position, the Likud's Yariv Levin and Betzalel Smotrich of the United Right, are both thought to be more extreme than Shaked. Appointing either one of them would deal a devastating blow to Israeli democracy. Both men represent the simplistic approach that elected officials should decide and legislate, leaving it up to the justice system to ensure that the resulting structure operates in accordance with the legislators’ decisions and legislation.

This approach is typical of states with a nominally democratic government. Without an authority to interpret the laws and instruct the decision-makers to implement their decisions, there can be no real democracy. Israel has no constitution. It is governed by a unicameral parliament without a second chamber to review its decisions. Such a system of government ensures that decisions almost always pass with a majority. The most significant body with the power to balance and block the Knesset is the court. In a society such as ours, in which the ultra-Orthodox are a minority, the Arabs are a minority, the left is a minority and the right is a minority — we are all minorities — we all need the protection of the courts, which stand as a barrier against the tyranny of the majority.

By appointing a specific justice minister, the government and the person at its head are sending a clear signal about their intentions.

When I was appointed to this position in 1999, hundreds of Palestinians were under administrative detention. Nothing can be more contrary to the legal concept that suspects must be charged, that they must be informed of the charges being brought against them and that they must be allowed legal assistance so that they can defend themselves from the charges. Otherwise people could find themselves spending endlessly extended time in prison without even knowing what crimes they are suspected of committing. I spoke out about this frequently, even though I was fully aware that without legislative changes, I could do nothing to amend the situation. There was no majority in the coalition to enact the necessary changes.

It is obvious that Netanyahu’s primary consideration at this moment is to avoid a trial. But that is not enough of a reason to justify the appointment of someone with an agenda of curbing the power and importance of the court. Not only would this be a devastating blow to Israel’s image as a democracy that prides itself in its court system. It should also be avoided because anyone who harms the courts is shooting himself in the foot. At some point, the court will be too weak to help when that person needs it.