Why Iran-US confrontation may intensify under new IRGC commander

A sharp-tongued commander taking the helm of Iran's most powerful military force has been interpreted by many as a signal that Tehran is bracing for more tensions, including a possible military conflict with the United States. 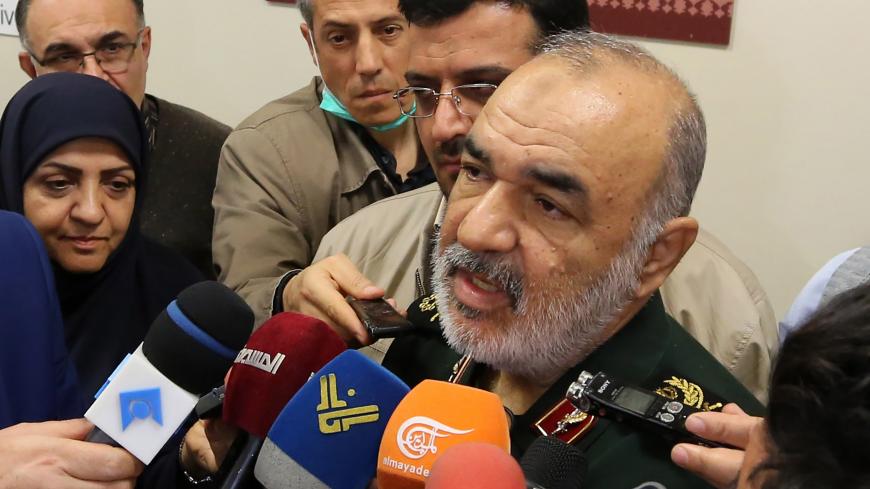 Iran replaced the commander of its powerful Islamic Revolutionary Guard Corps (IRGC) less than two weeks after the United States designated it a "foreign terrorist organization." Given the wider global agenda advanced by the new IRGC commander, the replacement is a clear signal from Tehran that bowing to Washington's pressure is not an option.

On April 22, Supreme Leader Ayatollah Ali Khamenei appointed Hossein Salami as the IRGC's new chief, ending Mohammad Ali Jafari's tenure of over a decade. In his recent record, Khamenei has not kept senior officials in key positions past an extended second five-year term, which he is constitutionally authorized to decide. As such, the CEO of the state broadcaster, the head of the judiciary and the chief of staff for the armed forces had to bid farewell after serving their formal tenures. Jafari's expected departure, therefore, had been a matter of broad debate and speculation over the last two years. Still, he held the post beyond the 10-year period, only to be replaced by Salami, who was serving as the IRGC's deputy commander. Salami steadily moved up the ranks in the military after starting duty during the Iran-Iraq War (1980-1988), a background that normally facilitates upward mobility in the Islamic Republic.

As the IRGC's deputy commander and Jafari's right-hand man for nearly a decade, the mechanical engineering graduate played a key part within the powerful force's senior decision-making circle. That has equipped Salami with more than adequate knowledge of the complexities and nuances of the organization's structure.

Salami is also known as a more media-friendly personality when compared to his predecessor, proof of which is his numerous appearances on state TV, during which he has presented a hard-line approach. On various occasions, he has warned Israel that it will pay a heavy price if it "commits a mistake," a term he uses to refer to a possible Israeli strike on Iran. While he has never spoken of an Iranian preemptive or preventive war on Israel, Salami has expressed Iran's resoluteness to respond harshly to any Israeli aggression.

As recently as late January, he cautioned Israel that a possible war in the region will lead to its immediate annihilation — well before the United States may decide to come to its rescue. "We warn Israel against committing a mistake. If it fails to heed the message, it will definitely be wiped off the page of life," he said in a TV interview Feb. 3.

The tough rhetoric has not spared the United States either. "The Iranian people have banged the US [government's] head against the wall so hard that it is now in a state of downfall, and not just militarily. It is losing political wisdom as well and is right on the verge of collapse," he said in January. The attacks against Washington have been incessant. In one speech, Salami questioned US military spending in the Middle East: "They used up $7 trillion. But to no avail. It only further rallied Muslims around the world behind Imam [Ruhollah] Khomeini and Ayatollah Khamenei's leadership." According to Salami, the costly US presence in the Middle East partly explains why, in his view, "40 million Americans below the poverty line sleep rough." He has also claimed that the US pullout from Syria demonstrates that the US military is weak and "ailing."

By contrast, Salami has rarely touched upon domestic politics. "He has largely placed his focus on boosting Iran's defenses [at the international level] and responding to foreign threats," said Mehdi Bakhtiari, editor of the defense and security desk at the IRGC-affiliated Fars News Agency.

The Islamic Republic is currently facing unprecedented pressure from regional and international adversaries. This has prompted further Iranian awareness regarding international developments. The US decision to brand the IRGC as a foreign terrorist organization, on the other hand, has intensified the risks of a military confrontation between Iran and the United States. In that context, Salami's appointment has been construed as an Iranian countermeasure meant to tilt the situation in its own favor.

"Given what the Trump administration has done against Iran so far, one can barely stay optimistic. Although Iran is not seeking a military conflict, a positive attitude [about the future of US-Iran ties] is still hard to be maintained," Bakhtiari told Al-Monitor. "Iran is ready to just pull the trigger. US threats and measures such as labeling the IRGC as a terror organization will not force Tehran to retreat. It is even prepared for an all-out war."

Yet the new appointment does not signify a major policy shift. Salami has been a steady presence in the IRGC, working his way up the ranks. Above all, he was the force's second top officer next to Jafari, which is further proof that fundamental change in the IRGC leadership strategy is unlikely.

"We cannot expect to witness a policy overhaul," Bakhtiari said. "Thanks to his last position, Salami is well abreast with the IRGC's major policies. Meanwhile, those strategies are set by the supreme leader, who stressed in the official decree to Salami a continuation of the trend advanced by the previous commander."

With Tehran and Washington inching closer to a critical crossroads of their decadeslong hostility, the Islamic Republic is sending every signal to the United States that it has no intention of taking a single step back and will thwart with steadfast resistance any foreign aggression. While no one in the Iranian ruling elite seems to favor military confrontation, the country is gearing up to face off all threats that lie ahead.