Israel's once-powerful Labor Party is no longer perceived as a viable alternative to the ruling Likud, but it could re-establish itself as a fresh, young social justice platform. 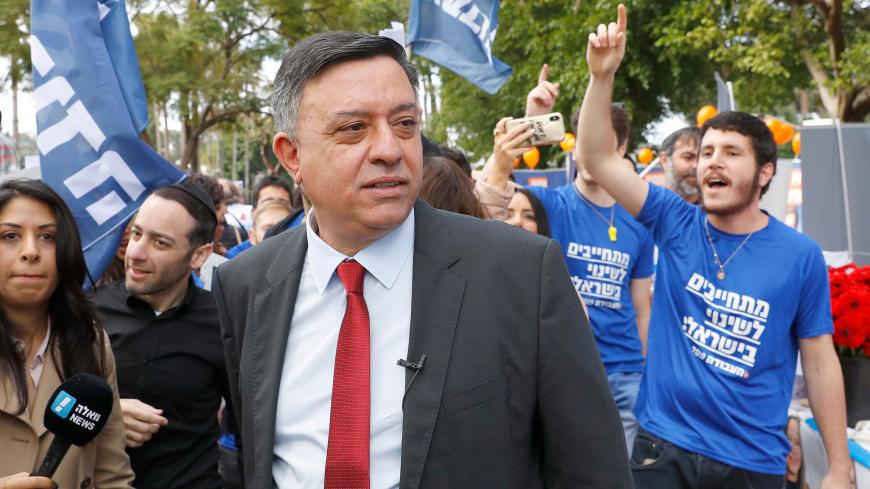 The top tier of candidates elected in the Feb. 11 Labor Party primaries consists of a diverse and high-quality team. Nevertheless, it also indicates that Labor has stepped back from center stage and no longer offers a viable alternative to the current government. Elected to the top two slots were two young Knesset members, Itzik Shmuli (39) and Stav Shaffir (33), both of them icons of the social protest movement in the summer of 2011. Both candidates managed to beat two former party leaders: Shelly Yachimovich came in third and Amir Peretz, a former Labor minister of defense, came in fourth.

Yachimovich and Peretz are both powerful and experienced social brands, too, but the very party that established the state and dominated every aspect of life so high-handedly for decades is now nothing more than a small faction championing a social agenda. The evidence can be seen in the polls of the last few weeks, which give it an average of six to seven seats (similar to the numbers the same polls give to Arab-Israeli Knesset member Ahmad Tibi’s party). The party’s chances of recovery are slim.

In 2015, Labor ran on one ticket with Hatnua as the Zionist Camp. The partnership with Hatnua head Tzipi Livni created a genuine alternative. It opened the door to a new government led by two experienced leaders, Livni and Labor’s Isaac Herzog, under a banner of diplomatic opportunities. It contrasted sharply with Prime Minister Benjamin Netanyahu’s approach to the peace process. But it is not the Labor Party of the 2019 election. In terms of diplomatic affairs, particularly the peace process, the party has been plagued by an identity crisis for years. Efforts by its leaders to appeal to the right have led to the emergence of a very different party from the historic Labor brand. While its members still identify with the center-left and support a two-state solution, most of their focus is on social issues. This orientation is evident in the kinds of legislation that the party supports.

Avi Gabbay, the current Labor leader, grew up in a Likud home. Shortly after being elected to this position, he promised to win 30 seats for Labor, including seats that would have otherwise gone to the Likud. Since then, he has managed to wear away what was left of the party’s diplomatic agenda. From the beginning, he chose to veer right with statements in support of the settlements. While they caused many longstanding Labor Party members to abandon ship, they also failed to draw new supporters from the Likud. It was a lethal error that, as he would learn, would be very hard to fix.

Gabbay wore away even more at his party’s diplomatic wing when he publicly deposed Livni and ended their partnership. Despite all the criticism she has faced, Livni is still the most senior political figure identified with the idea of a two-state solution. She is loud and clear in presenting a detailed alternative to the right on diplomatic affairs. With Livni and the Labor Party’s social brand, Gabbay could have offered the public a far more comprehensive and complete product.

Gabbay is a relatively new political player. It has only been four years since he first entered politics in 2015 as a minister in Kahlon’s Kulanu in the right-wing government. While he since managed to win the Labor leadership, he has never fully realized what that means, nor apparently attributed it any importance. He may always have seen the prime minister’s office beckoning, but he ended up becoming the head of a niche party straddling the electoral threshold.

After the party’s new list was elected in the primaries, Gabbay tweeted, “We will go from town to town and neighborhood to neighborhood over the next 57 days to bring the citizens of Israel back to our way, the way of [Israel’s first Prime Minister David] Ben-Gurion and [late Prime Minister] Yitzhak Rabin.” Gabbay was grasping at the founding generation of the Labor Party and its two most popular prime ministers, both of whom were great security hawks but equally great statesmen. In other words, he was trying to evoke a tribal sentiment. The problem is that quite a few people think that it is really Benny Gantz, chairman of the new Israel Resilience, who is carrying on the Rabin legacy.

In an interview with Army Radio on the morning after the primaries, Gabbay seemed pleased with the results, and rightfully so. After many tough days of terrible polls and initiatives to replace him, he could find some encouragement in the idea that his most prominent opposition in the party, Knesset member Eitan Cabel, found himself in an unrealistic slot on the party list.

Labor proved on Feb. 11 that it is still alive and kicking. After all, it did bring 30,000 members out of their homes to vote for the various candidates. It was no small feat, considering that the polls predicted the party’s ultimate collapse. As it turned out, reports of its demise were premature. Labor will be running in the upcoming election with a very good list that exemplifies diversity. There are three Mizrahi — of Middle Eastern origin — men and three women in its top tier. There is also a good chance that it will recover in the polls. But even if Labor soars, winning more than 10 seats, it will still not be a major player. That era is over.

In his radio interview, Gabbay announced that under his leadership, Labor will do everything it can to replace the current government. On the other hand, he refused to commit to recommending the leader of the largest center-left party to the president to form the next government. Was it a strategic decision? Perhaps.

None of this changes the fact that the Labor primaries completed the process by which the historic party has transformed from the leading alternative to the right into a high-quality, niche social party, made up of combative and highly regarded members of the Knesset. Labor today offers a clear social-democratic agenda. On the other hand, its role as a political alternative to the right-wing government has been taken over by Gantz’ new party. The polls show the general as widely deemed highly suitable to serve as prime minister.

Gantz has filled the vacuum left by Gabbay. The Labor chairman has not come to be identified with the banner of diplomatic affairs. Nor is he considered an alternative to Netanyahu, particularly given his low showing in the polls as being suitable for prime minister. Under other circumstances, if Labor had offered a political alternative, it is quite possible that Gantz (considered Rabin’s political twin) would have found his place in the party.

Meanwhile, Labor and its leader must adapt to the new reality. Over the past few weeks, Gabbay has stopped making grandiose declarations that he will be the next prime minister, showing that even he has realized that his ascension to the prime minister’s office is a pipe dream.

Sometime in the very near future, possibly right after the next election, the question of whether Gabbay is the right person to lead the party will become much more substantial. At that point, it is quite possible that Shmuli and Shaffir will compete for the role. Then the final turnabout will be completed.