Paintings and other objects d’art currently on display in “Features of An Era," an exhibition at the Aisha Fahmy Palace in Cairo, originally decorated royal villas, which were nationalized in the 20th century after the monarchy's overthrow. 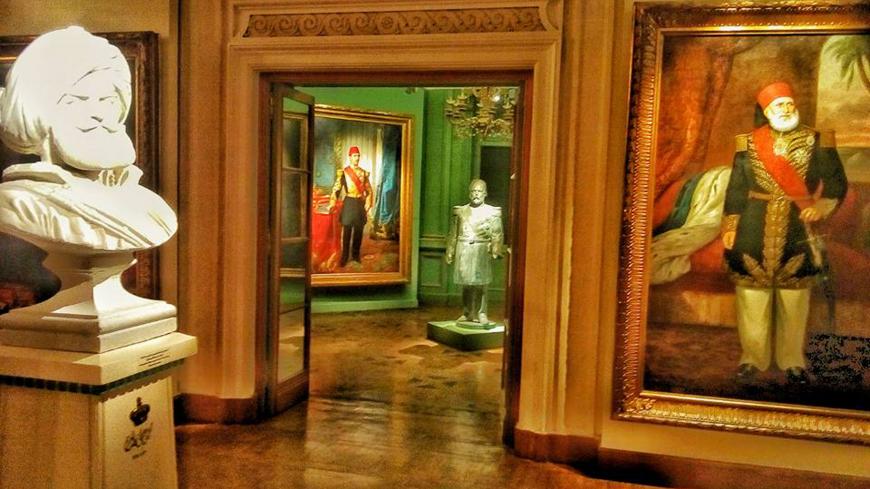 The Aisha Fahmy Palace was reopened as an arts and culture venue two years ago in Cairo, picture uploaded Feb. 18, 2019. - Facebook/Mahmoud Abbas 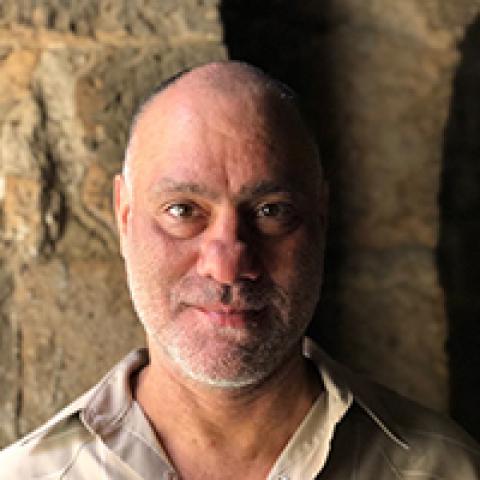 CAIRO — Art lovers and Egyptian history buffs interested in the country's monarchical period or social history are in for a treat at the Italianate Aisha Fahmy Palace, built in 1907 in Zamalek. The palace currently hosts the exhibition “Features of an Era,” which takes a look at the family that once ruled Egypt in displays of portraiture, sculpture and photography not viewed by the public since the 1952 Free Officers coup that toppled the monarchy. Some 150 objects and images from the time of Mohammed Ali to King Farouk document the aspirations and aesthetics of 150 years of monarchial rule and signal a shift in contemporary attitudes in republican Egypt toward it.

“Features of an Era,” which runs through March 27, unabashedly advances a view of khedival Cairo as a place where the country's rulers cultivated aesthetic values and promoted the Egyptian capital as a venue for and a patron of world-class artists. Verdi's Aida premiered down the street from the current exhibit, at Khedive Ismail’s Al-Gezira Palace, now the Cairo Marriott Hotel and Omar Khayyam Casino.

“I’m trying to show that in the past, Egypt was a destination for artists and intellectuals,” Ehab El-Lebban, the exhibition's curator, told Al-Monitor, pointing to a bust of Ismail, khedive and builder of the Suez Canal, by the Parisian sculptor Charles Cordier (1827-1905), who spent two years in Egypt on French government grants and commissions from Cairene nobility.

Cordier may have been one of the foremost French Orientalists, or more precisely “ethnographic” sculptors. His subjects ranged from Egypt’s royalty to Nubian peasants to Berber tribesmen. Cordier portrayed Africans in a human gaze, or in his words inspired by the "idea of the universality of beauty.”

“I am dealing with this period from the artistic perspective not a political one,” Lebban said. “It's an important part of our history that left a mark on khedival Cairo, and the state now is working on renovating that part of the city.”

Cordier’s equestrian statue of Ibrahim Pasha from 1874 still stands in Opera Square in downtown Cairo, but the adjacent khedival era Opera House burned in a 1971 fire, an inferno some scholars say was “allowed” to happen by the revolutionary Nasser government which favored modern, brutalist architecture.

Egyptian republican governments nationalized scores of royal villas in the 20th century, with anonymous bureaucrats removing the paintings and other objects on display in the “Features of An Era” to Al-Nasr Palace in Cairo, renamed the Gezira Museum in 1957 by the Ministry of Culture.

The Gezira Museum largely remained shuttered for decades, essentially functioning as a warehouse for hundreds of paintings and sculptures of Egyptian royalty, the royal family's European masterpieces and treasures of Coptic and Islamic art.

When Lebban became curator of the Aisha Fahmy Palace, which reopened its doors two years ago as a state-run arts and culture venue, he turned to Gezira's reservoir of objects for a series of three shows and to Yasser Mongy, an art history professor at Helwan University, to help identify the provenance and relevance of the works.

“Everything in this exhibition related to Mohammed Ali was made when he was alive,” Mongy told Al-Monitor, referring to the Albanian who would rule Egypt. Mohammed Ali arrived in 1801 as the lieutenant commander of a regiment sent by the Ottomans to remove the French and a few years later turned on his masters, declared his own “wilayat” (governorate) in 1805 and reintroduced Egypt as an independent state to the world.

The five portraits of Mohammed Ali on display at Aisha Fahmy reflect his obsession with Napoleon Bonaparte, another soldier-cum-emperor. “He understood how Napoleon used art to propagate an image, and you can see the similarities in his pose,” said Mongy.

“One puzzle we did solve is identifying the sculptor who cast the bronze image of Khedive Ismail that was commissioned in 1949, when Farouk’s Royal Palace announced a major artistic competition for a piece to go in the center of what was then called Ismailia Square, which we now call Tahrir Square,” Mongy explained. “Ehab and I found that this sculpture was signed by Mostafa Metwaly and dated 1951, and we discovered documents in the National Archives about this last artistic tribute by King Farouk to his predecessor.”

Although the vast majority of the extant official portraits and busts focus on the male rulers of Egypt, alongside their brothers, sons and male cousins, exhibit organizers found a cluster of smaller-scale, but compelling, oil on canvas likenesses of several women attached to the royal household.

Austrian portrait painter Joseph Matthäus Aigner’s likeness of Ayn al-Hayat Rifaat, wife of Sultan Hussein Kamel (r. 1863-1879), stands out as one of the most intimate and realistic pieces in a show that generally underscores the royal taste for visual hagiography.

A more typical Orientalist portrait, by James Bard, is “Lady of the Mohammed Ali Family” (1841), which portrays an unnamed woman holding a fan while lounging on a diwan and with a shisha pipe sitting beside her.

King Farouk, a deeply flawed ruler unable to fully oust the British after World War II or achieve victory in the 1948 war against Israel, is represented in three paintings — in a naval portrait, a rustic duck-hunting scene and most hauntingly in an unfinished, unsigned painting that lends the impression of being abandoned mid-sitting. “We wanted to bring out the theme of unanswered questions by leaving this portrait unframed,” said Lebban.

Nobody thinks the exhibit signals a desire for a restoration of Egypt’s monarchy, but rather offers a look back at the European-inspired culture of the nineteenth and early twentieth centuries. A wistful, romanticized collective memory of the era is increasingly prevalent among today's Egyptian middle class.

“The exhibit shows we are completely over the insecurities of the Nasser era,” said Yasmine El Dorghamy, an instructor in the Department of Fine Arts at the American University in Cairo and publisher of Al-Rawi, a magazine on Egypt’s art and material culture heritage. “The regime is comfortable enough now to glorify this part of our history, and this is something that would have never happened 20 or 30 years ago.”

“I wouldn't look at it politically and say that it's because they yearn for something else,” Dorghamy told Al-Monitor. “It’s just nostalgia for a more glamorous era, when buildings were beautiful, people were elegant and everything looked nice.”

Mahmoud Saber contributed to this report.