Plainclothes operatives captured two more alleged followers of exiled cleric Fethullah Gulen in broad daylight in Ankara and they have not been heard from since. 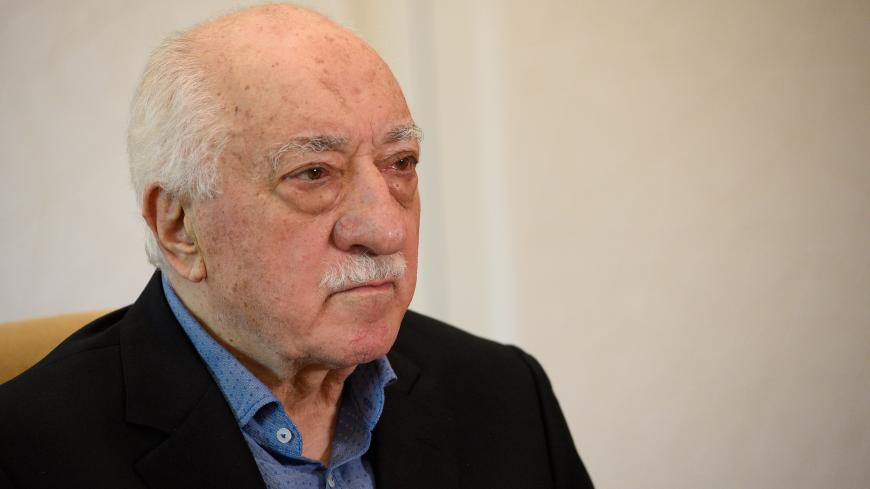 Allegations that Turkish security services in Ankara continue to be behind the disappearances of civilians linked to Fethullah Gulen, the Pennsylvania-based preacher accused of orchestrating the failed 2016 coup, have resurfaced following reports that two men were hauled off in the capital in broad daylight.

Eyewitnesses reportedly saw two men with black bags over their heads being stuffed into a white van after a large group of armed men, possibly plainclothes security officials, raided an apartment building in Ankara’s Altindag district on Feb. 13. Their targets are believed to be Ozgur Kaya, a former schoolteacher, and Yasin Ugan, an accountant. Both men were affiliated with organizations operating within Gulen’s once sprawling network of schools, businesses and other entities that are now shuttered in Turkey. They have not been heard from since.

Kaya’s wife Aycan said she became aware of her husband’s plight when an anonymous caller contacted her via WhatsApp the night of his disappearance. Kaya’s relatives rushed to the neighborhood where the incident occurred and spoke with residents who claimed to have witnessed the affair.

“I went to all the police stations in the area asking whether my husband had been detained, but they all claimed to know nothing of him or his whereabouts,” Aycan told Al-Monitor. “I am worried for his life. My nine-year-old twin sons believe their father is dead.”

Ugan’s wife Selda relayed a similar story of an anonymous phone tip followed by fruitless visits to numerous police stations. She told Al-Monitor that her brother-in-law had spoken to a man who purported to be the couple's landlord. He said police had approached him with photographs of Ugan and Kaya and questioned him, saying they were wanted in connection to an ongoing case related to Gulen’s alleged efforts to infiltrate the national spy agency, MIT. Unusually, the police made this contact after the men had been taken away.

“It's all very bizarre but we are pretty certain it was police who did this because at least one of the group was in uniform,” Selda said. “But the police feign ignorance. We don’t know where to turn.” Omer Faruk Gergerlioglu, a lawmaker for the pro-Kurdish People's Democratic Party and a member of the parliament’s human rights commission, said the Security Directorate in Ankara had not responded to his formal request for information about the men.

Their case mirrors those of several other alleged Gulenists who were forcibly abducted in Ankara in the wake of the coup. Human Rights Watch noted that victims were carted off in vans by plainclothes security officials. Subsequent appeals from family members for their whereabouts fell upon deaf ears. One of the victims, who eventually won asylum in Germany, told Haaretz about his ordeal. He was held in a tiny cell where he was frequently interrogated. “The floor was dark and covered in soft cloth, as were the walls, apparently so that inmates couldn’t commit suicide bashing their heads against them.” The man, using the pseudonym “Tolga,” said he had been tortured and threatened with rape. “High on the wall were rings for attaching hands to the wall, with lower ones for the feet. There were other torture instruments and clubs.” He was eventually freed after pretending to aquiesce to captors’ demands that he snitch on fellow Gulenists.

Kaya and Ugan may well be freed too, but not thanks to any pressure from Turkey’s largely subdued media or its bleeding heart liberals. Howard Eissenstat, an associate professor of Middle East history at St. Lawrence University and a nonresident senior fellow at the Project on Middle East Democracy, explained this indifference in emailed comments to Al-Monitor: “Most on the Turkish left have been squeamish about defending Gulenists from the start precisely because they agree with the [ruling Justice and Development Party] that the group is a nefarious anti-democratic force and because the Gulen movement played such a profound role in empowering the AKP and honing its repressive tools before 2013.” These included jailing journalists critical of the secretive Sunni cleric, sabotaging the government’s efforts to make peace with the Kurds and fabricating evidence against military officers in show trials that were dropped once Gulen and Turkey’s President Recep Tayyip Erdogan fell out after a protracted power struggle.

Like many others, Kaya and Ugan went into hiding after the coup attempt as the government began rounding up suspected Gulenists by the thousands. Kaya’s home was raided by police three times. In February 2017, Aycan was detained for five days in the Black Sea city of Samsun, where she now lives with her family. “They grilled me about my husband and I kept telling them the truth, that I didn’t know where he was, that I had not heard from him since September 2016.” Selda, who used to teach at a Gulen-affiliated school, has been sentenced to two and a half years in prison for her supposed links to terrorists. She is appealing the verdict.

The purge continues unabated with at least 150,000 people fired from their jobs. A further 160,000 others have been detained, including lawyers, academics, journalists and businessmen. The bulk are accused of ties to Gulen or rebels of the outlawed Kurdistan Workers Party. As many as 60,000 remain behind bars on a raft of flimsy terror charges.

In the meantime, MIT has carried its campaign against the so-called “Fethullah Gulen Terror Organization” overseas, with forced renditions of teachers and others from the Gambia to Kosovo, often with the blessings of local authorities.

Eissenstat noted, “The AKP leadership really does see the Gulenist movement as fundamentally centralized and the core of internal resistance to its rule.” Moreover, he said, “The AKP is and will continue to be for the foreseeable future a revolutionary state: Purges are not secondary to this process, they are intrinsic to it.”

The Gulenist label has become a catchall for perceived mischief including the government’s own, as Merve Demirel, a 23-year-old university student, discovered last week. Demirel was detained in Ankara for taking part in a protest of prison conditions. Images of a police officer groping Demirel as she was being shoved into a police van went viral on Twitter. Authorities sought to justify her detention on the grounds that her father was a Gulenist. Demirel denied the claims and has filed a criminal complaint against her molester.