As reflected in his conduct, Prime Minister Benjamin Netanyahu sees himself as an airborne Foreign Ministry that does all the work and does not need hundreds of professionals working under him. 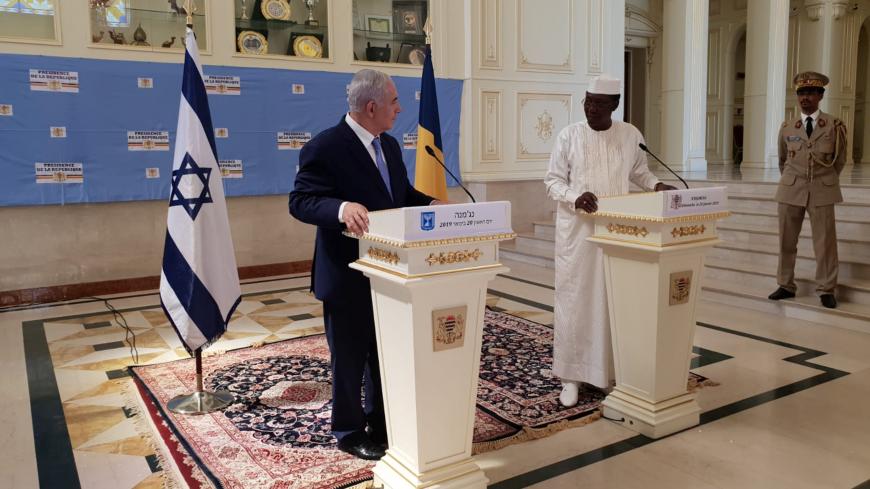 The Netanyahu government decided in 2016 to change the custom of setting the government budget every year and inaugurated a two-year budget. The prime minister referenced Bahrain as the only place in the world that has such a procedure. In his view this was enough to avoid an exhausting negotiation with his coalition partners over the next budget, and opposition attempts to use the budget in order to pressure weak links in the coalition to object to the government. Economists warn of the difficulty of planning two years in advance because of rapid changes that require immediate responses. In fact, it was the High Court that saved us (Israel) again, and caused the cancellation of the two-year system for now. But in the meantime it is still in place until the end of this year. We learned of one of the bitter fruits of the two-year budget a few days ago when it turned out that the Foreign Ministry spent its entire budget for 2018 and 2019 in the first year, and doesn’t have a penny left for this year.

Diplomats complain that essential activities of the ministry have been frozen, including (too modest) aid for developing nations, rescue missions abroad and Independence Day events where each ambassador invites dignitaries of the nation where he serves and presents Israel’s accomplishments, as other nations do on their national holiday. But these aren’t the only activities that have been frozen. The ministry has many initiatives, such as exporting Israeli culture and bringing journalists and important guests to Israel, and now this has all been frozen.

It is hard to believe that this news worries Benjamin Netanyahu. Serving as both prime minister and foreign minister for the past four years, he has coolly transferred several clearly diplomatic activities from the Foreign Ministry to other ministries as part of the political payments he has paid to form the coalition, believing, it seems, that this is a practically useless ministry, and that it is best for it to focus on VIP visits and other technical arrangements.

As reflected in his conduct, Netanyahu sees himself as an airborne Foreign Ministry. Only last week, on Jan. 20, he renewed diplomatic relations with Chad, and who knows, perhaps we will soon see a Chadian Embassy in West Jerusalem. He has forged relations with authoritarian regimes, formed dubious pacts with the president of the Philippines, the president of Brazil, the president of Hungary and the president of Poland. He serves as a model for emulation for US President Donald Trump, and until recently he has enjoyed an open door with the president of Russia. His visit to Oman in October 2018 and his meeting there with Sultan Qaboos proved that he is making wholly successful efforts to fix the great damage his policies have done since he was first elected, when he ended the multilateral talks with countries in the region, cut off relations with Arab countries where such official visits were de rigueur and closed mutual missions that operated openly until then. Given this situation, he would prefer that diplomats and administrators at the Foreign Ministry just clock in at the office every morning and chat at the water cooler with their colleagues. He is doing the real work.

But this is not what’s happening. Even if here and there Netanyahu could mark short-term achievements, the national price for them could be steep in the mid- to long-term. Netanyahu is betting on extreme right leaders, ignoring democratic and liberal forces in the global system with whom Israel has traditional ties. Neglecting these nations in the European Union, for example, does direct damage to Israel’s essential interests, not only because Israel is gradually becoming a nation that the club it sees itself as belonging to prefers to distance itself from Israel, but also because Europe is a central destination for Israeli exports and imports, which also grants Israel research grants and aid in many other realms. Neglecting ties with democratic nations in Europe is a sin that can’t be atoned for.

The Jewish element is the second problem. One can’t accuse Netanyahu of not knowing the Jewish world, especially in the United States, or not understanding its importance. But he acts as if he is ready to sacrifice the good relationship with American Jewry on the altar of his coalition. It is not the first crisis with world Jewry, but it seems that he has created the deepest one. The cancellation of the agreement that allowed the prayer of the Women of the Wall, a movement for allowing progressive Judaism women to pray by the Western Wall in Jerusalem, in itself, for instance, was perhaps not the essence of the conflict. What made the conflict so severe was the unbearable lightness with which the prime minister could retract an agreement made with much effort that took into consideration that Reform Jews are the most significant element of American Jewry. To us, in Israel, it is hard to understand the deep insult with which American Jews received this decision. More than they were insulted by the cancellation of the agreement, they were hurt by the disrespect and the willingness to do without them.

Instead of focusing on positive actions vis-a-vis the challenge of Jewish continuity worldwide, the Israeli government focuses on the Nationality Law, a legislation that generates anger on many fronts. Jews around the world feel that the Nationality Law sidelines them and belittles their linkage to Israel; Israelis — Jews and non-Jews — are furious over the discrimination by the law against non-Jewish Israelis. The link between world Jewry and the State of Israel is the responsibility of the Israeli government. In fact, this is one of the important roles of the Foreign Ministry. Because of Netanyahu’s policies, it has become an even more essential role. Canceling activities in this realm is a reckless move.

This can’t be a one-man band. This is an orchestra of about a thousand skilled, dedicated people, whose salaries are too modest and who are forced, time after time, to fix the mistakes of careless ministers, to explain Israeli decisions and actions that the world does not accept as obvious, and to work on aid for developing nations, and an infinite number of other tasks.

Netanyahu needs, desperately, a responsible and experienced agent that could balance the cynical alliances he is forming and ensure that these will not cancel old essential alliances. And as foreign minister he must take care of his ministry’s budget. Israel’s foreign policy must not pay a steep price only because Foreign Minister Netanyahu is so dismissive of his ministry.