Iran has condemned an upcoming anti-Iran meeting hosted by Poland. 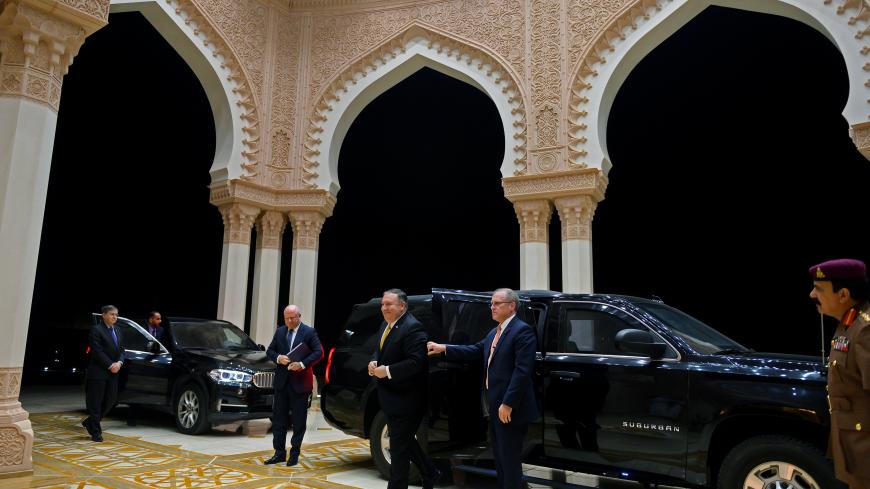 US Secretary of State Mike Pompeo arrives for a meeting with Sultan of Oman Qaboos bin Said al-Said at the Beit Al Baraka Royal Palace in Muscat, Oman, Jan. 14, 2019. - Andrew Caballero-Reynolds/Pool via REUTERS

American officials have chosen a unique location to host a conference on Middle East peace and stability that will focus largely on Iran. Just before he embarked on a tour of Middle Eastern countries to reassure US allies about the administration’s anti-Iran policies, US Secretary of State Mike Pompeo made the announcement that the conference will be held in Warsaw, Poland. The scheduled conference has been condemned by Iranian officials and others.

In protest, Iran has summoned Warsaw’s top diplomat in the country. Iran’s Foreign Ministry spokesman Bahram Ghassemi said Jan. 13 that “the actions of the Polish government in cooperating and hosting this conference is a mistake, incorrect and unacceptable, and opposed to the positions that the European Union has taken in the last few years.”

Ghassemi continued, “Holding this conference is in some ways an American effort to cause friction and division in the European Union with respect to Iran.” He said that while “old Europe” was trying to protect its relations with Iran, the United States was trying to drive “new Europe” toward adopting anti-Iranian policies. A number of countries in Europe have opposed the US decision to withdraw from the Joint Comprehensive Plan of Action and have sought to bypass US sanctions to save the deal, though still unsuccessfully so far.

Foreign Minister Mohammad Javad Zarif tweeted, “Polish government can’t wash the shame: While Iran saved Poles in WWII, it now hosts desperate anti-Iran circus.” Deputy Foreign Minister Abbas Araghchi tweeted a picture of a Polish cemetery in Tehran, writing in the caption that nearly 2,000 Polish citizens who fled Stalin’s work camps sought and were given refuge in Iran and were eventually buried in Tehran at a graveyard for Catholics. He noted that while in Iranian law, after 30 years a graveyard can be replaced, this particular one has not been touched for 77 years.

Heshmatollah Falahatpisheh, head of parliament’s national security and foreign policy commission, said of the conference, “They are provoking instability in the region.” He said the United States conducted intelligence and security operations in Poland during the Cold War, and the United States uses the “weakness” of other countries to hold such conferences. He added, “In the anti-Iranian meeting in Poland, America is trying to show its dominance in Europe; this will be a loss for Europe.”

Abbas-Ali Kadkhodaee, spokesman for the Guardian Council, also speculated about the reasons Poland is hosting the conference, believing it has to do with Polish desires to build a NATO base in their country, sign contracts to purchase Patriot missiles, and replace Russian natural gas with such supplies from the United States.

Iran’s protests were not limited to politics. Authorities canceled an upcoming “Polish Film Week” that was to be held Jan. 27-Feb. 1, a collaboration between the Tehran Museum of Contemporary Arts and the Polish Embassy in Iran. Abdulreza Davari, former media adviser to Mahmoud Ahmadinejad, tweeted in criticism of the decision: “Cinema is a symbol of a cultural product of a nation and not governments.”