Iran's national soccer team had to pack its bags and head home from the AFC Asian Cup following their 3-0 defeat against Japan in a match replete with controversial scenes. 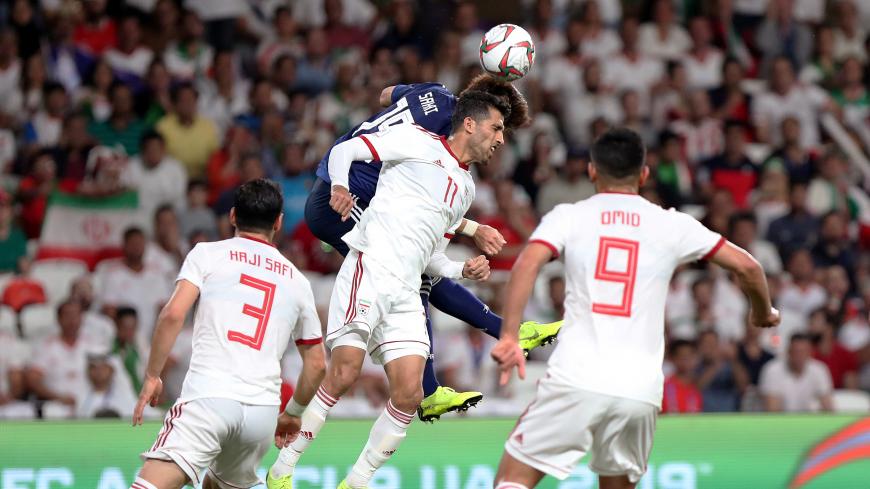 "Now the end is here," wrote Carlos Queiroz on his Instagram page. The 65-year-old Portuguese coach had led Iran's national soccer team for eight years. His emotional farewell followed a 3-0 defeat by Japan in the AFC Asian Cup semi-finals at Hazza Bin Zayed Stadium in the Emirati city of al-Ain on Jan. 28.

Right into the second half, Iran was outplaying Japan, threatening the other side's goal at every chance. But a mistake in the second half changed the game's course. Japan scored their first goal after five Iranian players gave up the ball to a Japanese counterpart as they argued with the referee. The moment decided the fate of the game, and perhaps taught the players an unforgettable lesson.

The mental breakdown following the first goal seemed to be what the Japanese had hoped for. A successful penalty kick followed, and then an injury-time third goal, which left the Iranians numb with the unexpected defeat.

Prior to its defeat by the Samurai Blue, Iran had offered one of its most spectacular performances in a tournament yet. It won four out of five games and kept its net untouched. The national team had raised the bar, helping fans at home realize their dream of seeing the team in an AFC Asian Cup final match for the first time since 1976.

The stage seemed set for a breakthrough, especially given the young squad's preparedness, which raised eyebrows in the 2018 Russia World Cup, where they defeated Morocco, drew against Portugal and almost held off the world champion Spaniards.

The Iranian news coverage of the match revolved around the initial mistake that many believed triggered Iran's defeat. The defense team's unnecessary argument with the referee was interpreted as a sign of inexperience.

"Committing collective suicide, Iranian-style," wrote pro-Reform paper Mardomsalari on its front page, using the Japanese term "hara-kiri." Ghanoon, another Reformist daily, borrowed the same theme. The like-minded Shahrvand published a photo of the five Iranian defense players' exchange with the referee as the Japanese player continued his attack, describing it is an ironic symbol of the nation's "failures." Moderate Khorasan employed an even stronger tone: "Emotion-ridden and unprofessional players never make history." Javan, affiliated with the Islamic Revolutionary Guard Corps, was perhaps the only daily to write with some positivity: "We lost the game, but we won the hearts."

On social media, feelings ranged from regret and disillusionment to criticism and fury. In rare cases, however, there were expressions of gratitude, despite the defeat.

The picture captured a few seconds ahead of the first Japanese goal went viral and set the stage for debates that went beyond soccer. Social media users made connections with Iranian politics, culture and society through heated and seemingly endless discussions. "After certain mistakes, you have to pay the price for four years; [examples are] soccer and elections," tweeted one user.

Well-known Iranian satirist and screenplay writer Amir Mahdi Jule wrote about differences between the Iranian and the Japanese mindsets in an Instagram post. "They ran after the ball and we ran after the referee to make an objection … What a bitter defeat!" A more political conclusion was made by one user who insisted that Iran lost due to a culture promoted by its politicians: "For years we have been told that the whole world is our enemy and that international organizations and sports referees are there to violate our rights."

Another debate surrounding the game regarded the importance of fair play after things got ugly in the closing moments. Desperately fighting, the Iran team could not help exhibiting its frustration. Captain Ehsan Hajsafi came under fire after a photo showed him putting his Japanese counterpart in a neck hold. "Our dreams were shattered, but I wish at least we wouldn’t have to get such scenes recorded by cameras," wrote sports journalist Mehdi Maleki, who expressed regret that such an offense was committed by the team captain.

But not all voices expressed anger at the Iran team. Pro-Reform journalist Hassan Asadi Zeidabadi criticized those on social media who fixated on a single photo and used it as a basis for political and social judgments. Those people forgot to acknowledge "hundreds of minutes of brilliant performance" by the Iranian national soccer team during the game.

There was also appreciation for the Portuguese head coach, who marked his 100th and last game as coach. "Good job man! We are still grateful that Iran made it to Asia's top four," tweeted one user. "There is this small minority among us who can’t stand great men. But do not count them as the entire Iranian nation."