The Palestinian presidency worked hard to ensure a US-drafted resolution against Hamas failed at the United Nations, which has raised modest hopes of bringing Hamas and Fatah closer together. 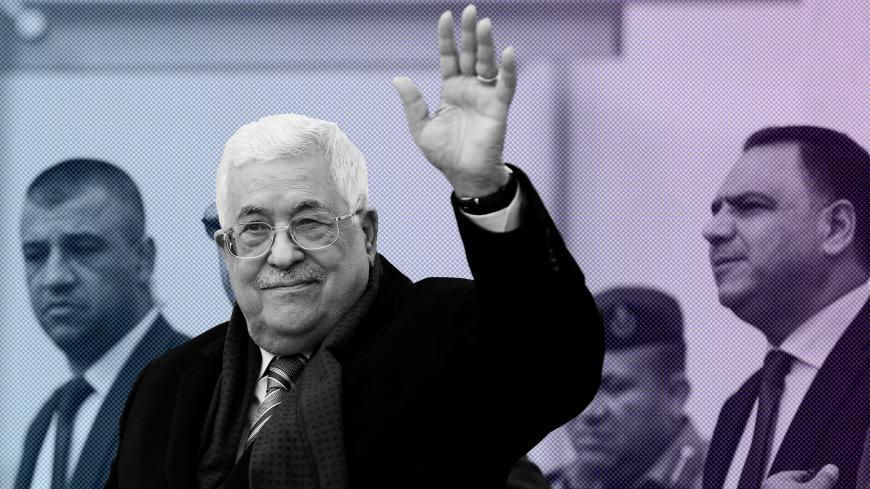 GAZA CITY, Gaza Strip — Palestinian President Mahmoud Abbas refused to classify Hamas as terrorist in statements during Fatah’s Advisory Council meeting at the presidential palace in Ramallah Dec. 9. In his statement broadcast on the Palestinian Satellite Channel Dec. 10, Abbas said, “Those [Hamas] are part of our people, and I will not allow anyone to bad-mouth them.”

On Dec. 7, the United States failed to garner two-thirds of the votes at the UN General Assembly in favor of a resolution to condemn Hamas and other organizations in the Gaza Strip for launching rockets against Israel. The draft received the approval of 87 states, 57 others opposed it, 33 states abstained from voting and 16 states were not present. This is in reference to the 400 missiles that Hamas and other resistance factions launched against Israel on Nov. 12-13, in the wake of an infiltration that a special covert Israeli unit implemented Nov. 11 in Khan Yunis in the south of the Gaza Strip. As a result, Nour Baraka, a prominent leader in Izz ad-Din al-Qassam Brigades, the military wing of Hamas, was assassinated, an Israeli officer was killed and two soldiers from the Israeli force were wounded.

The Palestinian presidency had called on the international community to vote against the US resolution to condemn Hamas, according to the official Wafa news agency Dec. 6. The agency said that the Palestinian presidency contacted Arab and Muslim countries — such as Kuwait, Indonesia and Turkey — and friendly ones to foil the US resolution by calling on them to vote against it.

In a Dec. 7 press statement, Ismail Haniyeh, head of Hamas' political bureau, praised the efforts of the Palestinian Authority (PA) to foil the US resolution through the Palestinian delegate at the UN, Riyad Mansour.

Member of Fatah’s Advisory Council Serhan Dweikat told Al-Monitor, “The PA entered a diplomatic battle to avoid condemning Hamas and labeling it as terrorist at the UN. After all, the PA and Fatah consider Hamas an important Palestinian liberation movement, regardless of their disagreements.”

He said, “The United States thought the PA would not move against a resolution condemning Hamas due to the ongoing Palestinian rift and Hamas’ refusal to hand over Gaza’s rule to the PA. But Abbas would not let any international party exploit the internal Palestinian situation. Therefore he supported Hamas rather than the United States.”

Abbas said during his speech at the council meeting that he does not believe in arms and missiles.

Dweikat called on Hamas to invest in the PA’s support before the UN to move toward reconciliation and hand over Gaza’s rule completely to the national consensus government.

He noted, “There is a US conspiracy against all Palestinian people. The United States wants to demonize the Palestinian leadership and all forms of resistance against Israel. Hamas must seek national unity immediately because the US administration will not stop at what happened and will try to get UN condemnation for Hamas.”

Hamas leader Yahya Moussa told Al-Monitor that Hamas appreciates the stance of Fatah and the PA, which rejected the US resolution, and considers it a sign of “goodwill.”

Ibrahim Ibrash, professor of political science at Al-Azhar University in Gaza, told Al-Monitor, “There are reasons that pushed the PA to object to the US resolution condemning Hamas, mainly because the condemnation would give Israel a chance to hold the PA accountable internationally for Hamas’ military actions against it. The PA represents the Palestinian people in international arenas.”

He said, “If the US resolution were adopted, we would have been concerned about Washington’s ability to pass other resolutions annulling previous UN decisions that back the Palestinian people.”

Ibrash noted that passing the resolution to condemn Hamas would encourage other countries to consider Hamas a terrorist group. These countries would impose international sanctions on the movement leaders outside the Palestinian territories, including travel bans or prohibition of activity in those countries. Ibrash added that if Hamas is condemned before the UN, “this would grant Israel international cover to respond to missiles launched by the movement however it wishes, without any international objection. This means that the frequency of targeting civilians and houses might escalate.”

Iyad al-Qara, author and political analyst for the daily newspaper Felesteen published in Gaza, told Al-Monitor, “Fatah and the PA objected to the US resolution although they could have remained silent and not made any stances. They did not want to lose their popularity in Palestinian society and wanted to garner more support. The Palestinian people were impressed with Hamas’ military performance during the latest confrontation with Israel on Nov. 11-13.”

During this confrontation, the missiles of Hamas and other factions killed a civilian in Ashkelon and injured 70 others from Israeli towns adjacent to the Gaza Strip. The Israeli shelling killed seven Palestinians, and the Israeli media published photos of the debris of Israeli houses that Hamas targeted. This is what impressed thousands of Gaza citizens who took to the streets, following the cease-fire brokered by Egypt Nov. 13, to celebrate the performance of Hamas and other factions in response to the Israeli escalation.

Qara does not see any actual positive repercussions for the PA’s stance in refusing Hamas’ international condemnation on the reconciliation.

He argued, “I don’t think the PA’s support for Hamas before the UN would lead to real Palestinian reconciliation or to lifting the PA sanctions on the Gaza Strip, which began in April 2017.”

He explained, “The reconciliation is facing huge difficulties, including conditions set by Fatah and Hamas. Fatah wants Hamas to hand over the complete rule of the Gaza Strip to the national consensus government, while Hamas insists that such a step would not materialize before its employees appointed since the rift in June 2007 are included on the PA’s salary scale. However, the PA still refuses.”

During his speech at the opening of the "International Conference for Empowering the Private Sector Role in Governance and Anti-Corruption Efforts" at the presidential headquarters in Ramallah Dec. 8, Abbas promised to take new measures against Hamas to push it to end the rift. He said he was ready to disband the Palestinian Legislative Council (PLC) soon, which Hamas extracts legitimacy from to rule Gaza after winning a majority of seats in its 2006 elections.

Qara said that if Abbas disbands the PLC amid legal controversy surrounding this step, “chances to achieve the reconciliation would drop, marking a new phase in the Palestinian rift.”