Betul Abras, who has fled from the Syrian war herself in 2013, has been helping other victims of war to heal for the last five and a half years. 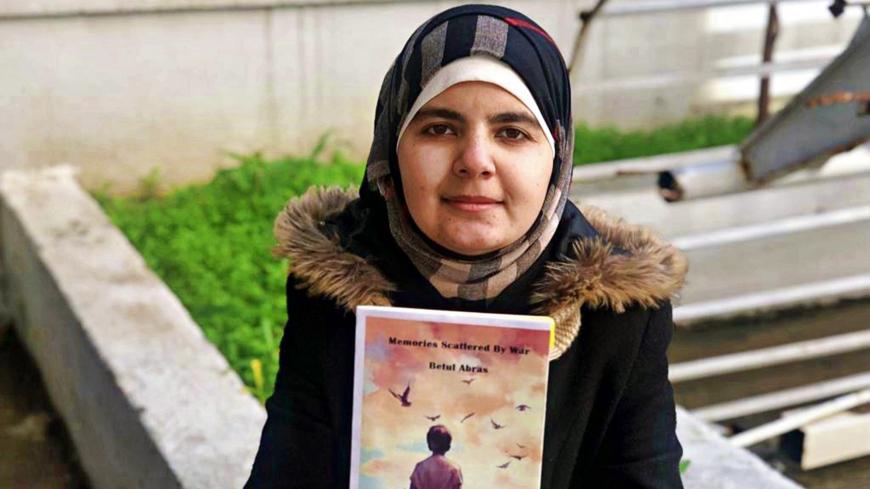 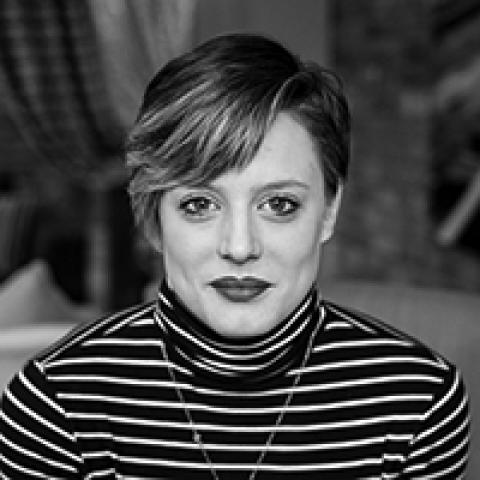 As a barrage of rockets continued to explode around them in the early hours one morning in the middle of June 2013, Betul Abras and her family were preparing to leave their home in Syria for the safety of Turkey.

The bombardment had lasted for nearly 24 hours and Abras’ mother could no longer bear the frightening situation. Leaving their village, located near the Turkish border, was a difficult decision for the family, but they had only planned to go for a few days in order to escape the onslaught.

Having made the crossing illegally with her brother and sister while her parents — who were the only ones with passports — went through the official border control, Abras arrived in Kilis, the southeastern Turkish border town.

Nearly six years later, Abras remains in the border town where she has provided crucial psychological support to victims of the war. This summer she published her first book “Memories Scattered by War," documenting 10 heartbreaking cases she has dealt with, in the hope of humanizing a conflict that has devasted the lives of millions of Syrians.

In the city of Aleppo, becoming a teacher was the most popular ambition among young Syrians, Abras, 29, told Al-Monitor. Her dream had been to work as a child psychologist after graduating from the University of Aleppo.

“After finishing my degree in 2012, my first job was working with children who showed signs of behavioral and social disorders,” she said.

However, that year the United Nations officially declared Syria to be in a state of civil war, and, as the conflict intensified, Abras’ family moved from their home in Aleppo to Haritan, a village north of the city. In June 2012, Abras was forced to leave her job as she found herself fleeing the violence that had taken over Syria.

“There had been bombings from morning until night,” she said. “And at 2 a.m., as we all sat in the safest room of the house discussing the prospect of leaving, there was yet another loud explosion and my mother just said, 'That’s enough, we need to go.'"

The plan had been to leave for around 10 days, so Abras packed just some clothes and her laptop. However, when the situation in Syria deteriorated, they could not return.

“Those first few months were so hard. I cried every day and suffered from depression. I felt like I had lost everything. We had left everything that we had behind,” she said. "After three months — just as our money was about to run out — I found a job and things improved.”

Abras began working for the International Blue Crescent Relief and Development Foundation, treating victims of the war at a temporary field hospital in Kilis.

For the next three years, Abras treated men, women and children of all ages and backgrounds, all of whom had endured pain and loss as a result of the war. At the height of the conflict, she saw more than 30 patients in a week.

“It was difficult work, but I was glad that I could help people from my country who were suffering so badly,” she said.

One of her particularly distressing cases, titled “Bring Me Sunshine” in her book, was a woman who had lost her only child.

“She and her husband were unable to conceive for a long time, but after 10 years the wife suddenly became pregnant — it was a miracle for them,” Abras said. “The mother described her daughter as the love of her life, but when the daughter was a young girl the house was bombed and she was killed. A remarkable detail in the story is that her mother found a note in the pocket of the girl’s pants. She had written, ‘Mom, Dad, don’t be scared of the rockets. I’m not scared because I love you so much.’”

Abras said the mother, who also had surgery to have a metal splint inserted to fix her broken leg, was traumatized to such a degree that she had been unable to speak for some time. “She told me her life was over when her daughter died. Even now, thinking about that case upsets me a lot,” she said.

She added, “When you see people like this woman you feel a responsibility to help this person come back to life.”

The woman has since returned to Syria after spending seven months in Kilis.

Another case, titled “Mom! My Father Sold Me," involved a girl who lost her mother when she was 11 years old. The family fled to Turkey and she was forced by her father, who prioritized his financial stability during the war over the welfare of his daughter, to smuggle cigarettes across the border. When she was 14, her father married her off to a wealthy businessman.

“I really felt compelled to work hard to help her to hold on to life again. She lost everything,” Abras said. “We are still in contact — she is now stronger and happier.”

Other cases detailed in the book include organ theft, the story of a couple who were separated for several years after the husband lost his memory and could not remember his home or his wife, and the account of a man who was brutally tortured while imprisoned in a Syrian jail.

Now working as a monitoring evaluation officer for Malteser International aid agency, Abras’ work has been tough and the harrowing nature of each account has had a huge impact on her own mental well-being.

Last year, she began to write about the cases she had dealt with while working at the hospital. It has become a form of personal therapy for her. In August, she published her first 500 copies in Arabic, which are currently for sale in Turkish and Syrian bookstores. Abras has self-printed 46 copies in English, but now hopes to publish an official version in English and German. She is also discussing with a Turkish film director the production of a short film about one of the cases.

Abras obtained permission from the patients and families whose stories are featured in the book; their names and identifying information have been changed and Abras has adapted some of the endings.

The patient at the center of the story “Mom! My Father Sold Me” said she agreed to telling her story, because she wants to raise awareness of the suffering many Syrians have endured. She told Al-Monitor, “It’s important to show that the Syrian people are not just numbers, we are humans and we have suffered a lot."

The war in Syria has resulted in around 5.6 million refugees fleeing their country, while 6.6 million Syrians are internally displaced. Research led by Man Cheung Chung, a British psychology educator, found that 30% of Syrian refugees suffer from post-traumatic stress disorder and mental illnesses.

“These people have usually witnessed executions, the kidnapping or disappearance of family members or friends, women being raped and often their own lives were in danger,” Chung told Al-Monitor.