US Syria envoy: Let's pull the plug on Russia-led talks

US Syria envoy James Jeffrey would like incoming UN Syria envoy Geir Pederson to have a clear path for negotiating a solution for Syria. 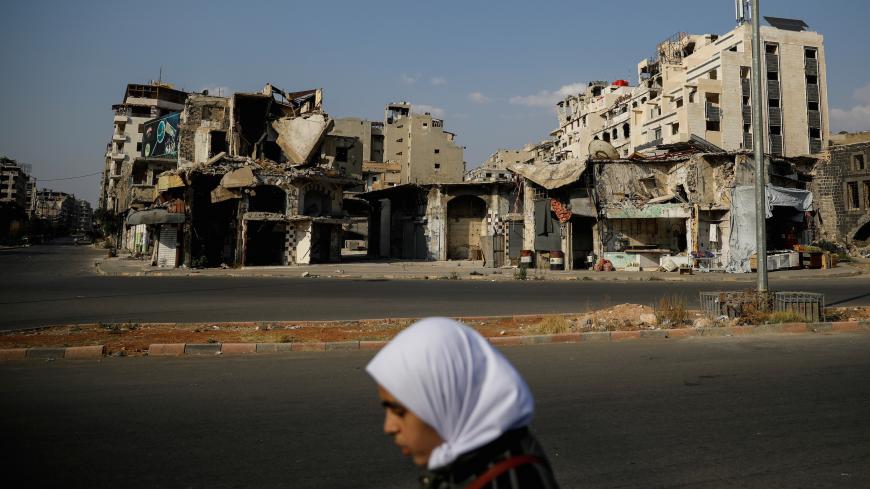 A woman walks past destroyed buildings in the government-controlled part of Homs, Syria, Sept. 18, 2018. - REUTERS/Marko Djurica

Saying efforts to advance a Syria political process are at a stalemate, US Syria envoy James Jeffrey today proposed that the international community “pull the plug” on the Russia-led Astana process on Syria. But it is not clear that Washington has much support for the proposal even from the European and Arab allies that make up the Syria “small group” that US diplomats met with in Washington today.

Citing the failure of the Astana parties — Russia, Turkey, and Iran — to advance efforts for a Syria constitutional committee at a meeting last week, Jeffrey said the United States would propose getting rid of the competitor to the UN-led Geneva process when UN Syria envoy Staffan de Mistura departs at the end of the year.

De Mistura is due to give perhaps his final report to the UN Security Council on Dec. 14. Norwegian diplomat Geir Pedersen has been named to succeed him.

If de Mistura is unable to report that he can convene a constitutional committee in Geneva by the end of the year, Jeffrey said it would be the US view that Pedersen take a different approach.

“Our suggestion would … [be] … we do not continue with the rather strange Sochi/Astana initiative,” Jeffrey told journalists at a State Department press briefing today. “The US view … is let’s pull the plug on Astana.”

The United States sees the convening of the constitutional committee as key to talks about a final document that would be the backbone of a post-conflict settlement.

“Is it a stalemate? Yes,” Jeffrey said.

But Jeffrey said he is “somewhat more optimistic” than six months ago.

“It is very clear that the Damascus regime, the Russians and Iranians want to see … the ‘three Rs,’” Jeffrey said. “Refugees pushed back to Syria, reconstruction aid … and the [Bashar al-Assad] regime to be recognized as legitimate. None of those things are happening, and they are not going to happen unless the political process makes progress.”