What Israel’s election should actually be about

The issues of ending the occupation, the democratic nature of Israel and relations with American Jewry should dominate the election campaign no less than the character of the political actors seeking office, but they likely will not. 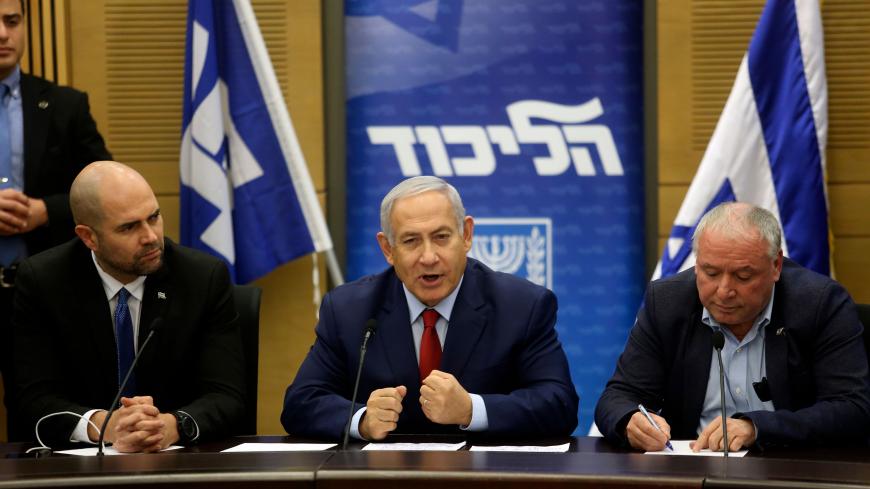 Pundits and election experts in Israel have already agreed that the elections scheduled for April 9 will focus on a single issue: the fate of Prime Minister Benjamin Netanyahu. His supporters will argue that Israeli law allows a prime minister to continue serving while under indictment, until a court finds him guilty. This is unlike all other ministers, who according to legal precedent must resign once indicted and subject to a hearing. Netanyahu's opponents will claim that it makes no sense to have someone continue to serve as prime minister when he is suspected of bribery, and his every effort will focus on saving his skin.

I am not trying to belittle the situation. It seems obvious that once Attorney General Avichai Mandelblit, who is considered a Netanyahu supporter, decided to indict the prime minister for serious crimes, it made no sense that he would remain in office. That cannot, however, be the only issue in the upcoming election campaign. Before new elections are held, and before the parties realign themselves in a new coalition and opposition, with each then expected to vote accordingly, several other major issues must be debated and discussed. These issues lie at the heart of public debate in Israel.

Partition of the land

To partition or not to partition is the issue that divides Israelis the most. It serves as the basis of our political identities and has done so for the past 52 years. What makes the situation different today, however, is the urgency of a decision given the numerical parity of Jews and Arabs west of the Jordan River. According to the defense establishment, the two competing populations each consist of 6.5 million people.

The 21st Knesset will be forced to decide between two rival worldviews. The first contends that the goals of Zionism can only be fulfilled in a sovereign state with a Jewish majority and a minority that enjoys full and equal rights. The second contends that it is possible to maintain Israel as a Jewish and democratic state with a Jewish minority ruling over an Arab majority deprived of political rights.

Netanyahu, like his predecessors, once supported a two-state solution. Now, however, he has become a subcontractor for the national-religious HaBayit HaYehudi. He opposes any arrangement with the Palestinians and ignores international law and national institutions in his efforts to expand the settlements and ultimately advance annexation of the West Bank.

These two worldviews — the establishment of a border between Israelis and Palestinians versus annexation — should lie at the center of the upcoming election campaign. Opponents of annexation must promise that within a specified time frame, they will partition the land, with or without an agreement with the Palestinians. Only this will put an end to the delusion that a Jewish minority can dominate an Arab majority. Only this will ensure that Israel remains a Jewish and a democratic state for many years to come.

Under Israel's current coalition, Netanyahu has embraced the political formula adopted by Hungarian Prime Minister Viktor Orban. Characteristic of comments made by the prime minister and by his ministers is the idea that it is possible to assault minority rights, freedom of expression, freedom of creativity and international law while remaining a democracy in which the government can be replaced by majority vote.

For Netanyahu and his associates, the “gatekeepers of democracy” have become an obstacle to governing. Thus he and his cohorts are replacing liberal jurists with ideologically conservative and religious, traditionalist judges. Similarly, they are seeking to appoint legal counsel to the government based on loyalty to the ministers themselves rather than criteria established by a professional committee.

They have no problem coming to some “arrangement” over the fate of privately owned Palestinian lands occupied by settlers, because the settlers acted in “good faith,” meaning that there is no need to return the land to its owners. This, in fact, is the essence of the recently adopted Regularization Law.

Challenging the “not liberal democracy” approach is the position that there can be no democracy without an underlying liberal worldview. A democracy based entirely on voting, without consideration of minority or human rights, makes the act of voting itself undemocratic, since alternative positions cannot be expressed freely or voiced to convince voters of their validity. These differing approaches to democracy lie at the core of Israel’s very existence. They must therefore be examined and discussed before the next election day.

During the current government’s tenure, differences among Jews came to a head on more than one occasion. The climax was when Netanyahu’s government reneged on an agreement to let women affiliated with the Reform (Progressive Judaism) movement pray at the Western Wall, leading to feelings of alienation and to anger toward Israel among many American Jews.

In Israel, the debate is taking place between those who claim that the only “true Jews” are Jews according to traditional, Orthodox Jewish law and those who are unwilling to abandon any Jew, especially after the loss of one-third of all Jews in the Holocaust. The latter want everyone who identifies as Jewish to be considered a member of the Jewish people (absent extenuating circumstances and good reason to believe that the individual is being manipulative). The debate is between those who believe Israel must recognize the diversity of the American Jewish community, engage it in dialogue and reach understandings that take the needs of fellow Jews in America into consideration and those who have no interest in Jews different from themselves.

It is safe to assume that none of these debates will figure prominently in the next few months. Instead, the political debates will be personal: Is Netanyahu corrupt? Does former Israel Defense Forces chief Benny Gantz have enough experience to lead? Is Zionist Camp leader Avi Gabbay charismatic enough? Then, the day after the election, we will find ourselves in the perpetual stalemate, when a single vote in either direction decides our fate, when it comes to these truly important issues.