Recent polls indicate that had elections taken place today, Israel's Labor party would have garnered less than half of the Knesset seats it has today. 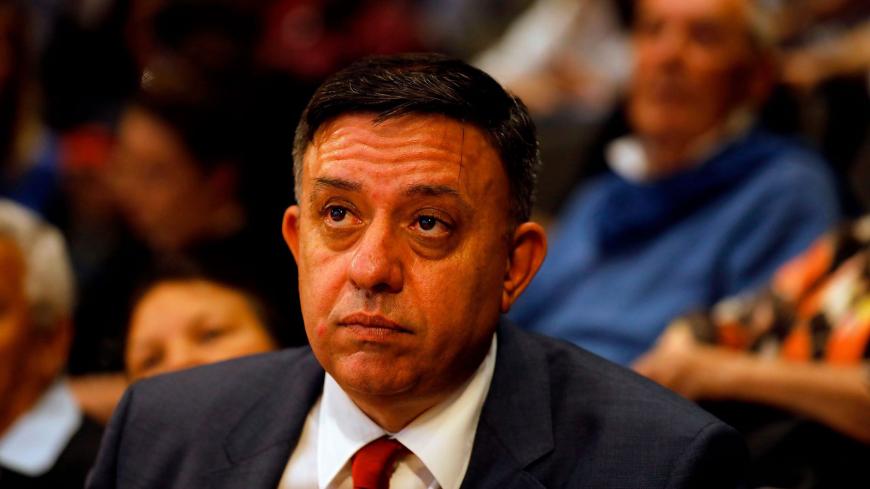 On Dec. 17, the Zionist Camp’s Knesset faction held its regular meeting at the start of what appeared to be a promising week for the main opposition party. Reports about a wave of price hikes and the public protest it seemed to be generating looked like a lifeline for the Zionist Camp, which has been sinking into electoral irrelevance over the past two months. Avi Gabbay, chair of the Labor party that is the Zionist Camp’s main component, blamed the government’s 2015 approval of a natural gas exploration scheme for the electricity price increase. At the time, Gabbay was minister of environmental protection representing the center-right Kulanu Party in the Netanyahu government, and the only minister who opposed the plan. He now felt it was his time to strike back at the government on the economic front and recoup public and electoral support for the opposition faction he joined some two years ago.

Contrary to Gabbay’s upbeat mood, most Zionist Camp Knesset members were still reeling from the poll results aired the previous evening by Hadashot TV. The poll sought to examine the effects of the price hikes, the tensions on Israel’s northern border and the impact of a possible political run by Lt. Gen. (res.) Benny Gantz as the head of a new party. According to the results, if the former military chief-of-staff does indeed establish a new party, the Zionist Camp would only get 10 Knesset seats in elections, less than half its current 24. The poll gives Gantz 16 seats and Prime Minister Benjamin Netanyahu’s Likud 28. That means that most Zionist Camp’s lawmakers would find themselves unemployed after elections are held in 2019.

While they have grown accustomed to bad poll results, there was something about this one that served as a cruel reminder of their dire political straits. If the Zionist Camp cannot rise in the polls with the government on the defensive over its economic policy, and with an as-yet nonexistent party with an unknown agenda led by Gantz poised to become the second Knesset party in size, saying the Zionist Camp is in deep trouble would be an understatement.

Depression over the poll may have been what led the lawmakers at their meeting to adopt an embarrassing decision to oppose proposed legislation by Knesset member Youssef Jabareen of the Arab Joint List revoking the Nationality Law (anchoring the Jewish character of the State of Israel). A vote on revoking the controversial law adopted by the government this past summer was scheduled for two days hence. In July, the Zionist Camp voted against the bill, arguing that it undermined the values of equality and discriminates against the country’s 21% Arab minority. It even waged a public relations campaign against the law from the opposition benches. However, although its decision this week to reject Jabareen’s bill runs counter to its original stand, only a few comments were heard about the illogical decision, which was then adopted.

When Haaretz reported the decision, some of the faction’s lawmakers realized the extent of the fiasco and lobbied to overturn it. Shortly thereafter, the faction backtracked, and its whip, Knesset member Yoel Hasson, informed lawmakers by WhatsApp that the faction would support all legislation designed to rescind the Nationality Law. One of the Knesset members who led the fight told Al-Monitor on condition of anonymity, “The party cannot oppose rescinding a law that it considers wrong and against which it voted just to avoid the appearance of siding with Arab legislators.” The lawmaker added that the decision “stems from the desire to get closer to the moderate right, but it is completely unnecessary and even damaging. By doing so, we alienate our political base.”

The flip-flop reflects the major problem of the Zionist Camp’s 2018 model: an absence of a clear identity and veering to what seems to be the prevailing Israeli public discourse, rather than forging a viable, nonapologetic alternative to the Netanyahu government. Today’s Labor party bears little resemblance to the original, starting with the difference in the figures at its helm. The Zionist Camp leadership — composed of Labor and the Hatnua Party — is not homegrown. In fact, it all hails from the Likud. Avi Gabbay grew up in a family of Likud supporters and only joined Labor two years ago. His second-in-command, Knesset member Tzipi Livni (head of the Hatnua Party), and the head of the Knesset faction Yoel Hasson also hail originally from Likud. Labor does not speak the Likud’s language and does not share its DNA, presenting voters with a hybrid devoid of any clear identity.

Gabbay is obviously not to blame. He joined a sinking party that saw him, if only for a short while, as a savior who could restore it to power. He bragged at the time that he would garner 30 Knesset seats for the Zionist Camp, and he promised to turn Likud voters into Labor supporters. None of these promises panned out, to the contrary. The more Gabbay tried to cozy up to the right wing and the West Bank settlers, voters and veteran party stalwarts began quitting. At this point, it would be hard to turn back the wheel.

The Zionist Camp is now facing more trouble with Gantz’s appearance in the political arena. The man who had been expected (by some Labor seniors) to join the faction as Gabbay’s No. 2 has probably decided to go it alone at the head of a new party. Gantz’s advisers and strategists are billing him as a defense hawk on the center-right of the political spectrum. That, in turn, puts Labor on the margins of the left, near the left-wing Meretz Party. That could prove disastrous for the Zionist Camp and result in a collapse of Gabbay’s original strategy of mobilizing right-wing support.

On top of it all, the Zionist Camp has serious internal problems. In addition to the tension between Gabbay and Livni, a group of Labor lawmakers is considering a split from the party in order to save themselves from the certain crash to which they see Gabbay leading them.

On Dec. 20, Gabbay pulled a new rabbit out of his hat. At a special faction meeting he convened, the party’s pollster, Stephen Miller, presented results showing that if Gantz is named as Gabbay’s second-in-command and the Zionist Camp’s candidate for defense minister, the faction would get 29 Knesset seats compared to the Likud’s 30. Gabbay told the assembled lawmakers that he had shown the data to Gantz.

The problem with the poll is its somewhat unrealistic assumption that Gantz would join the Zionist Camp under Gabbay. All signs point to his intention to form a new party. “Gabbay is trying to gain time. He understands that if the situation in the polls continues to be so bad, an open move will be launched to replace him,” a Labor lawmaker said to Al-Monitor on condition of anonymity.