Intel: Why the State Department still doesn’t have a Middle East chief 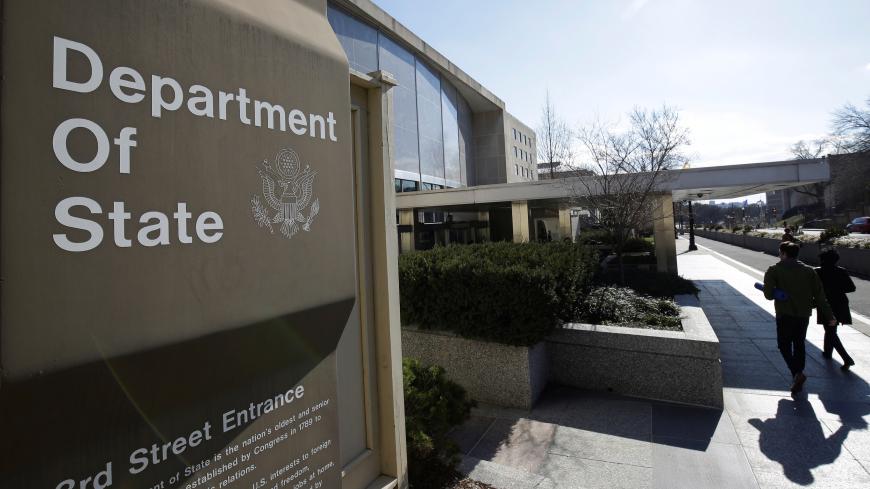 The State Department still doesn’t have a permanent Middle East policy chief, even as the Donald Trump administration ratchets up the pressure on Iran while dealing with the blowback against its key ally Saudi Arabia. The reason? The White House still refuses to justify its missile strikes against Syrian military facilities.

The Senate Foreign Relations Committee today attempted to advance Trump’s nominee to be assistant secretary of state for near east affairs, David Schenker, but failed to do so after Sen. Tim Kaine, D-Va., refused to lift a hold he has had in place for months. David Satterfield has held the post on an acting basis for more than a year in the absence of a Senate-confirmed nominee.

Why it matters: Kaine has repeatedly asked the Trump administration for a legal justification for its 2017 strikes against the Shayrat air base in response to the Bashar al-Assad government's chemical weapons attacks. Trump launched a similar strike earlier this year, targeting chemical weapons facilities with Britain and France. Neither operation was approved by Congress, raising questions about their legality.

“I’m going to keep the hold until I get the memo that [Secretary of State Mike Pompeo] said he would try to get to me,” Kaine told Al-Monitor after today’s committee meeting. “I am in a dialogue with the White House about it. The interim White House counsel is briefing the incoming White House counsel. Look, I’m on the Armed Services and Foreign Relations committees. I’m entitled to see this, and they haven’t yet produced it.”

What’s next? Schenker’s nomination is unlikely to proceed unless Kaine releases his hold. So far, the Virginia Democrat has been resolute in his refusal to do so until he gets his way.

The Foreign Relations Committee also failed today to advance Trump’s nominee to serve as assistant secretary of state for political-military affairs, Clarke Cooper, due to a hold from Sen. Ed Markey, D-Mass. Markey has vowed to keep his hold in place until the Trump administration reverses its decision to allow an organization to post online blueprints for 3D-printed guns. Cooper would oversee foreign military sales to countries such as Saudi Arabia, a priority for the Trump administration.

Know more: Military operations against the Syrian government and its allies are not just limited to conventional missile strikes. Read Pentagon Correspondent Jack Detsch’s report on how Syria is becoming ground zero for US-Russian tech warfare.