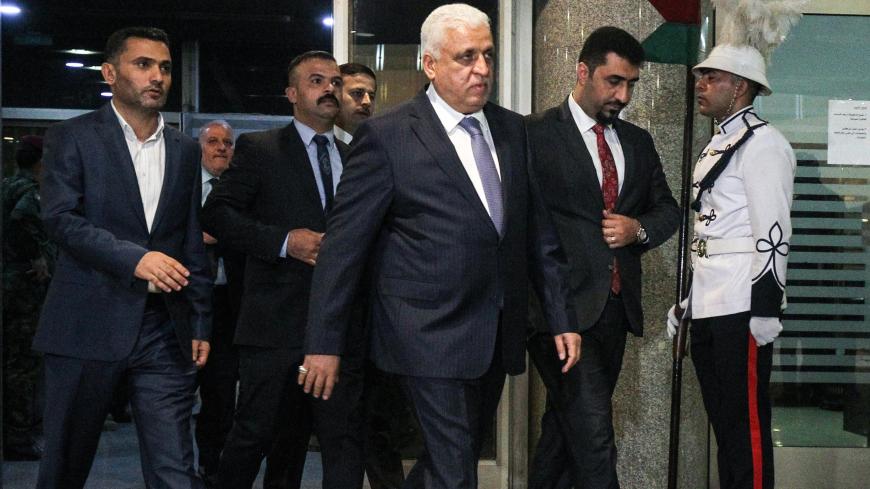 An Iraqi administrative court has annulled former Prime Minister Haider al-Abadi’s decision to remove Faleh al-Fayadh from his posts as head of the National Security Council and leader of the Shiite-dominated Popular Mobilization Units (PMU). Abadi had dismissed Fayadh from his positions on Aug. 30 due to his involvement with political parties in violation of the Iraqi Constitution.

Why it matters: Abadi sacked Fayadh after he joined a coalition of parties close to Iran following the May parliamentary elections. Fayadh’s move was a crucial step in costing the US-backed Abadi a shot at a second term.

The establishment of the PMU during the fight against the Islamic State was a big victory for Tehran, with the pro-Iranian militias now officially a federal security force. The PMU, however, also includes several factions that are close to Iraq’s Ayatollah Ali Sistani rather than Iran. As such, Tehran has been keen to maintain control by installing one of its allies to head the umbrella organization.

Returning Fayadh to his perch as head of the PMU and the National Security Council will help Iran preserve its interests in Iraq and prevent its rival, Saudi Arabia, from empowering its own political networks in Iraq. Iran will also be able to keep a close eye on US troops in next-door Iraq.

What’s next: Iran is also supporting Fayadh’s bid to become interior minister of the new Iraqi government. However, Shiite cleric Muqtada al-Sadr’s Sairoon Alliance, which came in first in the May elections, has so far blocked a vote of confidence in parliament.