Intel: How the Barzanis are looking to consolidate power in Iraqi Kurdistan 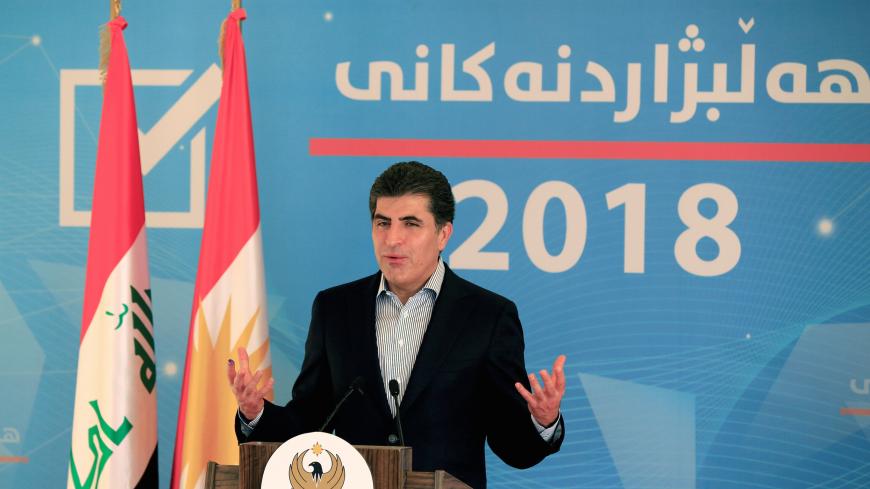 The post of the presidency has remained vacant since Massoud Barzani stepped down following the ill-fated referendum on Kurdish independence in September 2017. But the elder Barzani continues to rule from behind the scenes.

Why it matters: The nominations are meant to consolidate the KDP’s power and maintain unity inside the party, which has yet to fully recover from the effects of the referendum. The referendum saw the Kurds lose Kirkuk and other “disputed” territories to the Iraqi army and Shiite militias. The nominations may also be calculated to gently diffuse a simmering rivalry between Nechirvan Barzani, a pragmatist who effectively controls the Kurdistan region’s lucrative energy sector and is married to Massoud Barzani’s daughter, and Masrour Barzani, the less flamboyant, Western-educated maestro of Kurdistan’s intelligence world. Massoud Barzani wants to avoid any potential confrontation between the family branches.

Who gets the better post? It depends on whether the newly elected Iraqi Kurdish parliament restores the powers of the president, which were trimmed after the referendum. It also depends on whether other Iraqi Kurdish parties that won seats in the October parliamentary elections agree to cede control of the two top positions to the Barzani family. The KDP won the Kurdish regional elections and feels it deserves to have both posts after Barham Salih of the rival Patriotic Union of Kurdistan (PUK), which came in second, was tapped to become president of Iraq.

What’s next: A lot of horse-trading is in the cards as the PUK gears up to claim other plum positions in exchange for backing the Barzani nominations. Saadi Pira, a PUK spokesman, said his party welcomed the nominations, calling them a “good step forward.” This suggests that a deal between the traditional rivals has already been hatched. The KDP’s foreign relations office declared that the presidency would be decided by a vote in parliament. The KDP and the PUK together hold 66 seats, giving them a comfortable majority in the 111-member parliament.