Since the breakout of French protests and the Gilets Jaunes (Yellow Jacket) movement, Egyptian media have been keen on showing the demonstrators in a bad light. 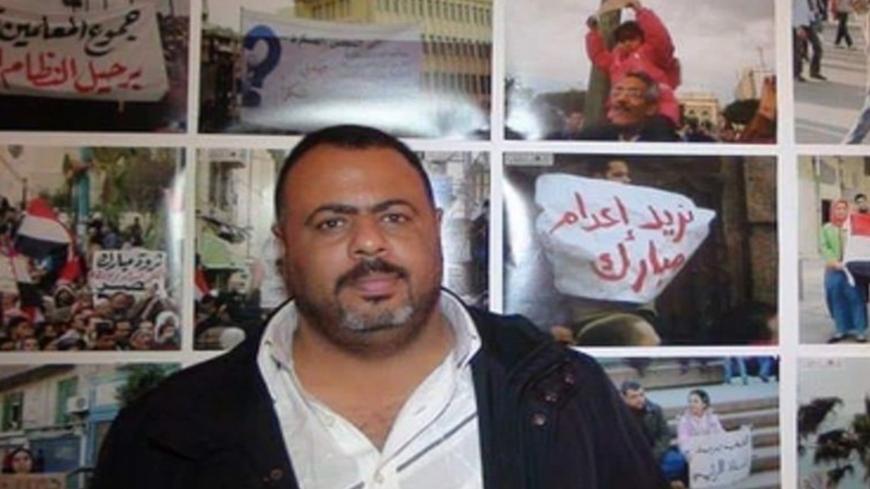 CAIRO — An Egyptian court rejected Dec. 17 the appeal of lawyer Mohammed Ramadan against a 15-day detention sentence for incitement to demonstrate, disorder and wearing a yellow jacket. Egyptian police arrested Ramadan Dec. 11, accusing him of promoting false news and using social networking sites to promote the Muslim Brotherhood, the Islamist group that was designated as a terrorist organization following the ousting of President Mohammed Morsi in 2013. He was apprehended after he published a picture on social media in which he was wearing a yellow jacket in solidarity with the French protests.

According to press reports, Egyptian authorities demanded stores not to sell yellow jackets to individuals unless they have security approval.

The state-owned newspapers condemned the French protests as chaos.

Private newspapers also focused on the news from a similar perspective, publishing photos of the destruction near the Arc de Triomphe and confrontations between police and protesters, stressing the decline of tourism in the French capital.

Egyptian media drew an analogy between what is happening in France to the Egyptian January 25 Revolution, stressing that protests are the gate to spreading chaos.

Ammar Ali Hassan, a political sociologist, said the Egyptian regime fears the French protest fever might spill into Egypt and inspire Egyptians to go down the same path, particularly since most Egyptians suffer from the high cost of living.

Hassan told Al-Monitor in a phone interview that the Egyptian security institutions’ fear and panic is exaggerated.

“The Egyptian regime has been oblivious to the fundamental differences [between] the political and social systems in Egypt and France. What is happening in France is not applicable in Egypt,” he said.

“I do not think the Egyptian media was successful in undermining and distorting the image of the French protests, just as it failed to do so in the January 25 Revolution,” he concluded.

Writer and publisher Hisham Kasem said Egyptian media coverage has been excessive in analyzing the developments to the extent that it distorted any attempt of expression of opinion, even in free democratic societies such as France.

Kasem told Al-Monitor via telephone that Egyptian President Abdel Fattah al-Sisi is a military man who does not understand the mission of the media.

“The media in Egypt is floundering, as it does not know what the president wants exactly. Although all the media are under the regime’s control, the president is always critical of the media outlets,” Kasem said.

Kasem said Sisi wants to reinvent the media to his liking, which is not going to happen in this age of social media.

The Egyptian regime not only prodded the state media into covering certain angles of the French protests, but it has gone as far as to stifle any attempt to express any opinion to this effect.

Security services arrested Dec. 11 a writer for “inciting to demonstrate through social media.”

“The regime has a problem in how it views the world and the region. When you underestimate or regard with superficial disdain such large demonstrations that have major popular support, you are living in a conspiracy theory,” journalist Abdullah al-Sanawi told Al-Monitor via telephone.

He added, “The security apparatus acted in a frantic manner, which suggests that the regime is afraid that the developments in Europe could impact Egypt. The excess panic reflects weakness and lack of political reasoning.”

Things did not stop at the security institutions, as the presidency was keen on delivering a message along the same lines to the people. A presidential statement Dec. 12 said that “during his meeting with a delegation of leaders and representatives of several major international and regional investment funds, Sisi praised the Egyptian people’s will, awareness and understanding of the need to bear the burdens that come with the bold economic reforms.”

It appeared that Sisi was still not reassured about the Egyptian media covering the French protests, so he chose to address Egyptians in a telephone intervention Dec. 13 during a television talk show, saying, “When you show these photos [of the demonstrations in Europe] to the people in Egypt, talk to them about the reality of these states. I wonder how much is the price there [in Europe]. How much will the fuel tax be?” This was in a bid to draw an analogy in favor of Egypt.

Parliament member Haitham al-Hariri believes the way the news covered the French protests was a bid to distort any attempt to express any opinion.

“Although the current political system came as a result of the June 30 [mass protests in Egypt], the regime issued a law of protest that is in direct conflict with the freedom of expression and opinion,” Hariri told Al-Monitor via telephone.

Hariri condemned the security services’ handling of the repercussions of the French protests inside Egypt, linking them to security concerns ahead of the anniversary of the January 25 Revolution. He said the state of panic and fear gripping the security institutions prompted them to curb any attempt at expressing opinions.

Hariri noted also that Sisi is seeking to amend the Egyptian Constitution in a way that enables him to remain in power, and thus he will oppose any attempts at a demonstration.