Israeli factory to be established in Gaza, is this possible?

Israel’s SodaStream announced it will open a manufacturing plant in the Gaza Strip, raising eyebrows since the company was forced to close a factory it previously operated in the West Bank under pressure from the boycott, divestment and sanctions movement. 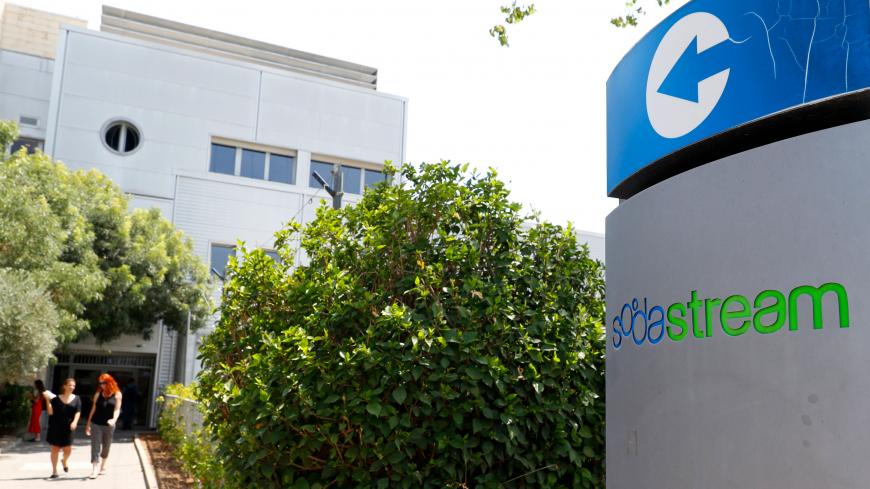 Daniel Birnbaum, CEO of SodaStream, the Israeli maker of home carbonated beverages, announced during an economic conference in Israel on Dec. 20 that the company is planning on establishing a manufacturing plant in the Gaza Strip. “We want the people of Gaza to have jobs, real jobs, because where there is prosperity, there can be peace,” Birnbaum said.

SodaStream has turned from being a simple carbonated water plant to a giant worth $3.2 billion. In the second quarter of 2018, the company’s profits jumped by 31% to reach $171 million, and its net income rose 82%. SodaStream has become one of the world’s leading soda producers, marketing its products in 41 countries, including the United States, Canada and Europe.

Many high-profile Israeli companies are active in the Palestinian market, especially in the West Bank because of the daily dealings and contacts between the two sides. But the Israeli talk about opening a plant in the Hamas-controlled Gaza Strip has raised eyebrows given the tension between the Islamic movement and Israel. This raises questions about the political implications of such an economic project.

A SodaStream official told Al-Monitor on condition of anonymity, “The opening of a plant in Gaza, whose date has not been set yet, constitutes a bridge of communication between Israelis and Palestinians. Having Palestinian and Jewish workers at our factory is part of the company’s culture. We are keen on diversity, so we give hope to people in the Gaza Strip. Our experience in the business model of Jewish-Arab cooperation is encouraging and that's why we want to bring this model of coexistence to Gaza.”

There are five carbonated water companies and factories operating in Gazap, including the Yazji Group soft drink factory, the Palestine Food Industries Company and Mecca-Cola, which is currently operating at one-third of its production capacity as the domestic market is flooded with foreign products.

“The Israeli factory is unlikely to be successful in the Gaza Strip. It is difficult for Israeli parties to obtain permits,” Osama Nawfal, director of planning and policy at the Ministry of Economy in Gaza, told Al-Monitor.

“The ministry has a plan to impose protection fees on foreign goods that have local alternatives. I believe the Israeli announcement about opening the plant has a more political dimension than an economic one because it happened in tandem with Israel’s recent approval of economic improvements for Gaza,” he added.

The talk about an Israeli factory comes amid the struggle of Palestinian soft drink companies to keep their products on the local market, with rising production costs and price competition. This is not to mention the power crisis, Israeli restrictions on imports and exports, rising raw material prices and the small size of the local market in Gaza, which makes production costs very high.

The director of public relations at the Chamber of Commerce in Gaza, Maher Tabbaa, told Al-Monitor, “Gaza is self-sufficient when it comes to soft drinks, which are sold for a lesser price. Palestinians would not wish to buy the Israeli products. However, should the Israeli plant pay the necessary fees, which are higher for non-local producers, to the government in Gaza, then they will have an approval. These fees could come in handy for the government, covering its operating expenses.”

When the Palestinian Authority (PA) took over the Gaza crossings in October 2017, following the reconciliation agreement between Fatah and Hamas, the local market was flooded with Egyptian and Israeli soft drinks, making it difficult for the local products to compete.

This has negatively affected the local factories and caused them to lay off hundreds of workers and reduce working hours, according to soft drink merchants who spoke to Al-Monitor while they were distributing their products to grocery shops.

“We were hit hard by the blockade on Gaza and the taxes levied by both the PA and the Gaza government. Before the siege our sales ranged between 80 million [$22.5 million] and 90 million Israeli shekels [$25 million]. Today they barely make it to 20 million shekels [$5.6 million.],” he said.

In 2014, SodaStream was a target of the boycott, divestment and sanctions (BDS) movement, which prompted the company to shut down its factory in the West Bank.

In the same vein, establishing a plant in Gaza is likely to raise the ire of the movement’s activists, who call for banning the establishment and the work of Israeli factories on Palestinian lands. Some Palestinian workers in SodaStream have claimed that they get paid far less than their Israeli colleagues.

Muin Rajab, a professor of economics at Al-Azhar University, told Al-Monitor, “The opening of an Israeli factory in Gaza means three things: first, allowing any company into Gaza regardless of its nationality. Second, in order to protect the local products, the Gaza government has to raise the price of the Israeli product. Third, it has to impose higher taxes on the permits for the Israeli side, in such a way to bring more revenues and alleviate the financial crisis.”

Palestinian engineers and technicians from Gaza, however, have worked online with Israeli tech companies, while Hamas has remained silent; these jobs have helped lessen the high rate of unemployment gripping the coastal enclave.

The number of workers who might be employed in the new factory in Gaza is still not determined. The average wage of a Palestinian worker in Israel amounts to 290 shekels ($80) a day.

Omar Shaaban, head of the Pal Think for Strategic Studies in Gaza, told Al-Monitor, “Setting up an Israeli plant in Gaza carries a political message. This would not be possible without Israeli political approval and desire to calm the security situation in the Gaza Strip. Hamas is not likely to stand against this. It will consider the factory as an international company rather than an Israeli one, which is a good position.”