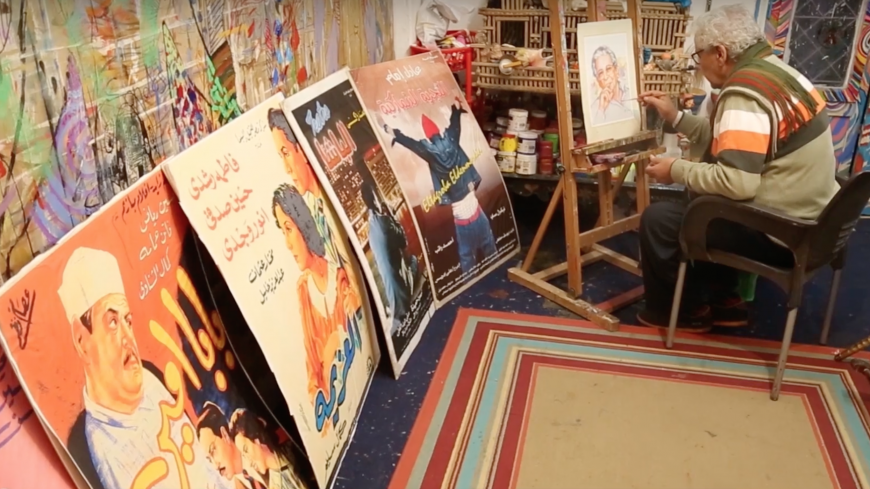 Mortada Anis draws in his studio surrounded by posters.

From the mid-20th century until the 1970s, Egypt's film industry experienced a golden age. Offering an Arab alternative to Hollywood and European films, the industry flourished across the region.

The legacy of this bygone era remains, in part due to continued interest in vintage film poster art from the time — cinema relics popular with collectors because of their unique depiction of Arab culture. But as technology has simplified poster production, it has also collapsed an industry that prided itself on painting posters by hand.

Al-Monitor visited with Mortada Anis, an artist from the golden age, at his studio. “Cinema reflects the image of the country we live in,” said Anis. “Where are the films now?”