While interest rates increase in Turkey, the country's laborers, white collar workers and retirees struggle to pay back debts or obtain new loans. 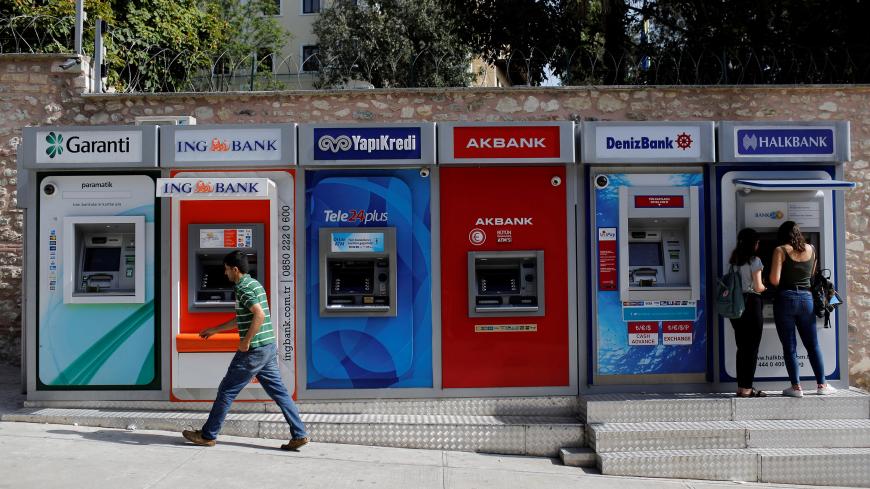 The stable economic growth that Turkey has experienced since 2001 has come to an end. The growth began after the financial crisis in 2001, when an International Monetary Fund program was implemented to address that crisis. Then, in 2002, the Justice and Development Party (AKP) came to power, kicking off a period of long-term growth. From 2003-2008, Turkey registered an annual growth of 5.9%. From 2009-2017, the rate of growth was 4.9% a year.

This period of economic growth created more disposable income and jobs. It also led to an increase in taxes and therefore public services, giving the AKP a steady base of voters. As a result of this economic performance, the AKP was able to build the political Islam regime it had aspired to.

The most important feature of the “good life” in Turkey was the country's access to an unprecedented amount of foreign resources. A stable internal environment combined with easily accessible global liquidity provided Turkey with abundant foreign resources. The expansionist monetary policies of the United States and the EU to manage the global financial crisis enabled countries like Turkey to obtain foreign resources and endowed Turkey with a rate of about 5% stable growth.

But after 2014, there were signs that the good life may be coming to an end. External expansionist policies were nearing an end and interest rates were set to increase. Turkey was able to prolong its period of growth until the end of 2017, but it couldn't fend off the 2018 crisis. According to the Central Bank of Turkey’s balance of payments figures, in the first nine months of 2018 there were no resources available from abroad, while $4.2 billion of foreign resources departed Turkey.

In the growth period, about one-fourth of foreign resources were used as household credits. After 2003, the Turkish public grew used to living off credit like never before. Consumer credit in the form of housing and car loans rapidly spread. The use of credit cards also became routine.

In 2004, easily available consumer credit and borrowing on credit cards constituted 4.6% of the annual national income, which was 24% of total bank credits. Households were encouraged to seek attractive long-term housing loans and to fill their wallets with easy installment offers of lucrative bank and credit card deals that promised easy paybacks. Household debts that were 4.6% of the annual national income in 2004 climbed to 18% of the national income by 2013, making up 31% of total bank credits.

After 2014, household debts began to broadcast serious warning signs, as banks were not able to collect on the loans. The AKP regime realized it had to impose some restrictions and insurance rates went up. Until 2017, growth based on domestic demand was the most prominent leverage of the system. It enabled about 19 million unorganized, non-unionized workers to live on loans. According to the Confederation of Revolutionary Labor Unions, or DISK, 66% of workers were earning below $365 a month. Since it would be practically impossible to survive on that income, it was obvious that households were adding to their incomes with easily available credit.

This way of balancing the family budget became more difficult in mid-2018. Consumer inflation was amplified by a rapid increase in foreign currency parity and abnormal tensions with the United States. It became imperative to increase Turkish currency interests, thus further increasing consumer credit and credit card borrowing. The interest rate for housing loans went from 13% in the first quarter of 2018 to 29% in November. More importantly, more households were taking out bank loans to pay credit card debts, with interest rates reaching 37%. According to the Financial Stability Report issued by the central bank in May 2018, bank debts and credit card borrowing had reached about $153 billion, making up 56% of household debts.

Turkey’s low and middle income laborers, white collar workers and retirees were severely pressed in paying back their debts. Facing serious delinquencies in paying back the household credits, many debtors began facing legal actions because of their arrears. According to data issued by the Union of Banks of Turkey, 1.1 million people faced legal action in 2017. In the first nine months of 2018, this figure reached over 3.2 million debtors. Banks could not collect about $3.5 billion, or 21% of the debts.

Banks are still concerned they won't be able to collect on the loans. Some of the debtors may lose their jobs. Those who keep their jobs may not make enough money to cope with the 25% inflation.

In a nutshell, this could mean millions of families will struggle to pay back loans. Banks, meanwhile, will face growing risk in collecting loans all the while reducing domestic demand for them and thus prolonging the current crisis.