Despite sporadic fighting, a crossing between forces of the Syrian regime and its opposition has reopened in Morek. 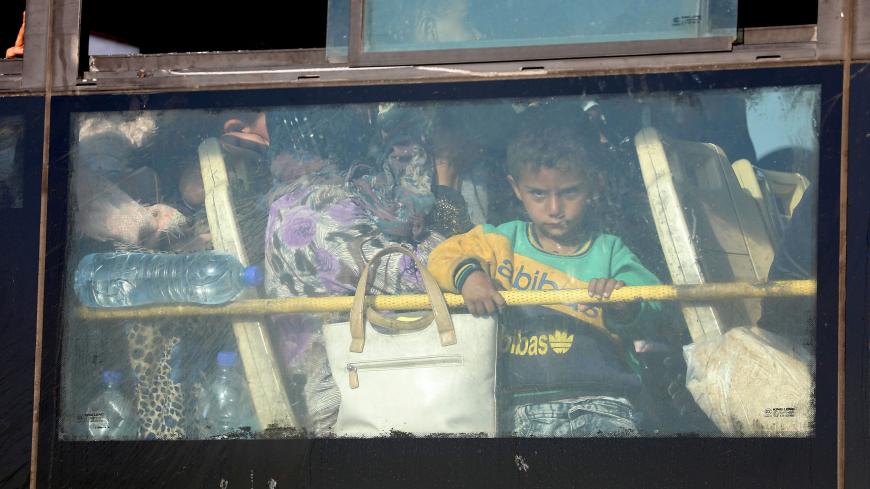 A Syrian child looks through the window of a bus as displaced people wait at the Morek crossing point in Morek, Syria, July 21, 2018. - OMAR HAJ KADOUR/AFP/Getty Images

ALEPPO, Syria — The Morek crossing is open once again to traffic between areas controlled by the Syrian regime and those held by the armed opposition. Commercial traffic began using the crossing Nov. 2 for the first time in three months, and civilians were allowed to enter beginning Nov. 8.

“Dozens of public transport buses crossed from both sides between regime-controlled areas and opposition-held ones in the northern Hama countryside," Mohammad al-Sayyed, an official with the media office of the Morek City Council, told Al-Monitor. "Civilian movement is going smoothly. The majority are elderly people crossing into regime-controlled areas to visit their relatives or get to hospitals. Some students are making their way into universities in regime-held areas.”

Opening the crossing aims to alleviate the suffering of northern Syria residents.

“Allowing civilians to cross has positive effects and facilitates the movement of people between the regime’s areas and those of the opposition in northern Syria," Sayyed said. "It has helped families reunite on special occasions, and students from both sides now have the chance to complete their studies. This has a great role in activating the economic movement in opposition-controlled areas in particular."

The armed opposition controls the town of Morek in rural Hama, south of Idlib governorate. At present, the Morek City Council is in charge of that side of the crossing and Hayat Tahrir al-Sham (HTS) — a coalition of Islamist factions — provides protection. The Russian military police, in cooperation with the regime’s customs police, supervises administration of the regime’s side.

Abdul Rahman Aswad, a crossing official, told Al-Monitor, “The crossing reopened after negotiations between local merchants in opposition-controlled areas and the Syrian government. Commercial, food and health goods are allowed to enter opposition-held areas. This is supposed to leave a positive impact on these areas, increase commercial activity, and revive the various productive sectors.”

Materials allowed to enter the crossing from either side include commercial goods, food, medicines, sugar and more. Traders can export some goods produced in opposition-controlled areas to those held by the regime, such as oil, olives, fruits and vegetables, foodstuffs and medicine.

Aswad added, “The Russian military police and the regime’s customs police impose large fees on trucks entering the opposition-controlled areas. The taxes reach 100,000 Syrian pounds (about $200) per truckload, which is why goods are sold for hefty prices.”

Officials at the crossing refrained from talking about the taxes imposed by the opposition. However, a local source told Al-Monitor on condition of anonymity, “On the opposition’s side, the crossing administration imposes taxes on commercial trucks only. The value of the tax varies for each truckload. At most, it reaches 50,000 Syrian pounds per truckload heading toward regime-controlled areas. A large sum of these taxes is HTS’ share.”

The crossing opening comes about two months after both sides signed an agreement forged by Turkey and Russia. Ankara, which supports the opposition, and Moscow, which backs the Syrian government, had agreed to create a demilitarized buffer zone between the two sides at Idlib and nearby areas.

The crossing is within that zone, which is 15-20 kilometers wide. The pact, signed in September, also stipulates that transit traffic will be restored on the M4 (Aleppo to Latakia) and M5 (Aleppo to Hama) roads by the end of 2018. The Morek crossing is on the M5.

There are still some kinks to work out in the agreement, however.

HTS is one of the hard-line Islamist organizations that Russia said had to withdraw from the area by Oct. 15 under terms of the agreement. Once HTS leaves — if it indeed leaves — it will eventually be replaced by the Turkish army. This way, the Morek crossing can be directly supervised by Russia and Turkey.

Capt. Youssef Mamdouh, a military commander in al-Motacem Brigade of the Turkish-backed Free Syrian Army in rural Aleppo, told Al-Monitor, "HTS certainly will not have a presence at the crossing," even though it's currently making money there. "It will be eventually forced to withdraw under Turkish pressure."

Also, the cease-fire hasn't been entirely successful. After the crossing opened Nov. 8, it was forced to close again for two days beginning Nov. 10, when especially heavy fighting erupted in the area between regime forces and armed factions. More than 40 fighters were reported killed.

Fighting has broken out erratically throughout the cease-fire. Yet that arrangement helped stave off a massive attack regime forces had begun planning in August against Idlib, the last stronghold of the opposition. That operation threatened hundreds of thousands of civilians. It was then that Russian military police took over the crossing's management from the regime and shut it down. It had been closed since. 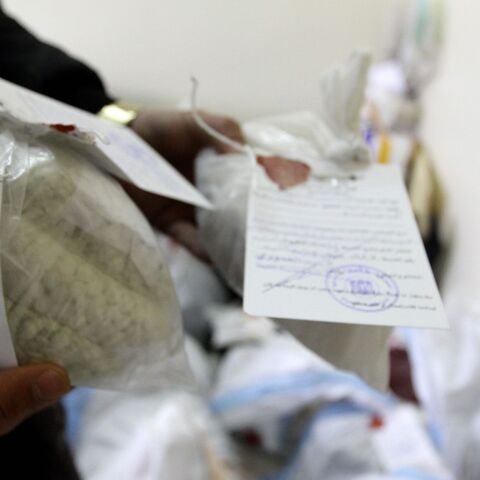 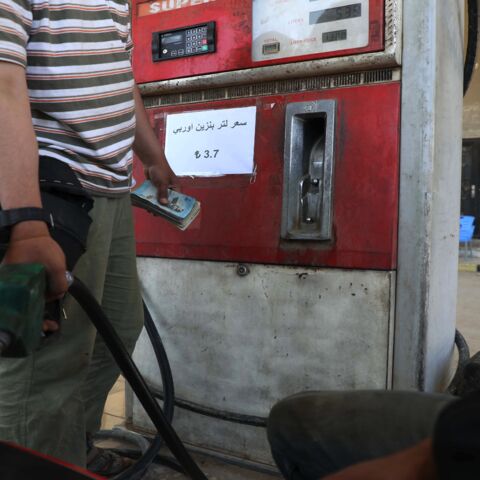 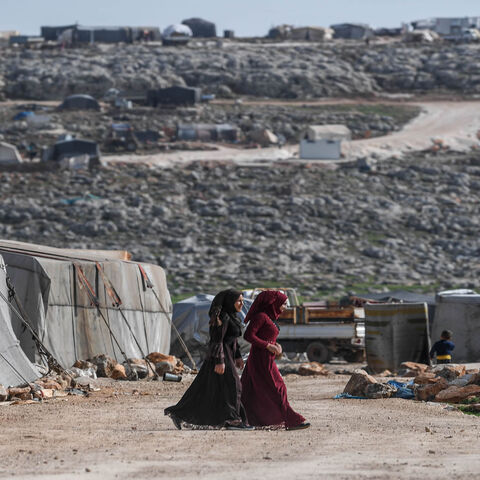