The Defense Department is preparing for another era of lean budgets after Democrats took control of the House in Tuesday’s elections. 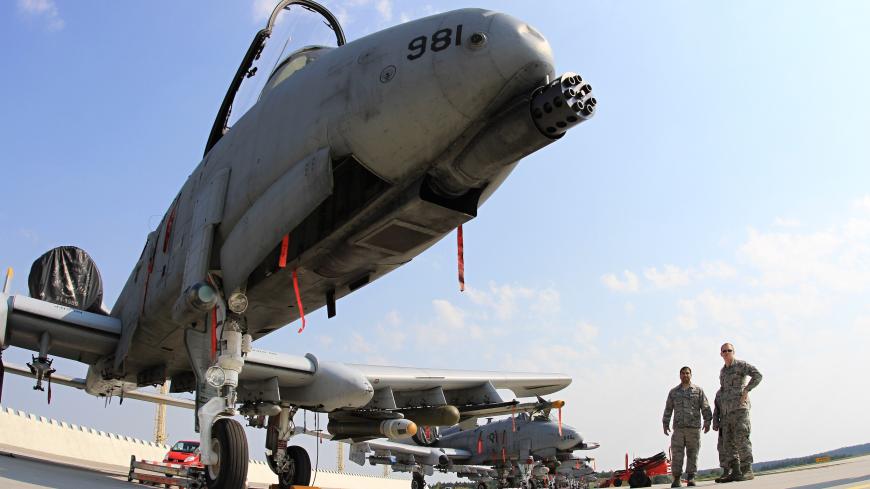 An A-10 Thunderbolt is parked at the Namest air base near Brno in the Czech Republic, where it took part in joint NATO military exercises called Ramstein Rover, Sept. 5, 2012. Tuesday's US elections could have an effect on the future of the warplane, also known as a Warthog. - GETTY/Radek Mica

The Pentagon is preparing for another era of lean budgets that defense officials worry could chip away at the military’s readiness to fight in the Middle East after the US House of Representatives changed hands this week.

President Donald Trump fired the first shot in the fight in October, calling for across-the-board cuts to US agencies, including the Defense Department. Tuesday’s vote will give control of the influential House Armed Services Committee to Rep. Adam Smith, a Washington Democrat who wants the Pentagon to trim its budget and seeks tighter oversight of US special operations in the Middle East.

“The Trump White House, by and large, has let the Pentagon have a lot of free rein,” Smith said at a conference in September. “I think that’s inappropriate, and I think there is a real role for Congress to step in where the White House has stepped back.”

The message is being received over at the Defense Department. Speaking at a Navy conference today, Ellen Lord, the Pentagon’s top acquisition official, said Defense Secretary Jim Mattis is emphasizing the affordability of weapons programs.

“We cannot afford to build systems that we cannot afford to maintain,” she said. In the same speech, Lord warned that China and Russia are picking up military sales from the United States, since many orders are moving too slowly.

Tuesday’s election results reinforce the notion that Mattis’ plans to revamp the military are on unsteady ground. The Pentagon had hoped for a $733 billion budget for the upcoming 2020 fiscal year before Trump ordered a cut just weeks before it was supposed to be delivered to the White House. The Defense Department proposal seeks to invest in modern combat systems such as long-range precision munitions and autonomous weapons to ward off China and Russia. Moscow has used forward-deployed troops in Syria to test out new systems.

“Structural preferences for the present over the future have accelerated the erosion of our military advantage versus China and Russia,” Chris Dougherty, a former Pentagon official who helped author the 2018 National Defense Strategy, wrote in an op-ed in Defense News this week. “This problem isn’t new, but it is more urgent than at any time since the end of the Cold War.”

Yet budgetary uncertainty could leave the Pentagon’s Middle East funding intact, at least for now, even as Mattis and other officials have signaled their intention to shift the US military’s planning toward a fight with China or Russia.

Patrick Shanahan, the Defense Department's No. 2 official, said no decision has been made about shifting the Pentagon’s Overseas Contingency Operations (OCO) warfighting slush fund, which is not subject to congressional budget caps, into the agency’s base budget.

Defense Department Comptroller David Norquist had promised to slash the OCO fund, created after the Sept. 11, 2001, attacks, to $20 billion beginning in 2020. But with budgetary uncertainty once again facing the Pentagon, experts expect that the fund, which funds the US fights in Iraq, Syria and Yemen, will stay in place.

“My view has always been that OCO is not going to be shifted into the base until there is enduring release from the spending caps,” said Susanna Blume, a former Pentagon staffer who’s now a senior fellow at the Center for a New American Security. “You cannot have a conversation about the future of OCO without having a conversation about what is happening in the defense base budget topline.”

Meanwhile, on the Senate side, Republicans have gained two seats and hold narrow leads in Florida and Arizona. Armed Services Committee chairman and Trump ally Sen. Jim Inhofe, R-Okla., has sought to increase Pentagon funding and deliver budgets on time.

A victory in the Arizona Senate race by Republican Rep. Martha McSally, a former Air Force major and influential defense hawk, could have an outsize impact on how the US fights its wars in the Middle East. McSally — a former pilot of the A-10 Thunderbolt, a slower aircraft used to conduct close air support of US infantry units — has fought to upgrade the plane in the face of Air Force plans to retire it in favor of the F-35 joint strike fighter. The A-10 is also known as a Warthog.

Some experts agree that close air support for US and allied troops on the ground is more effective than striking targets from far away.

“The way the Air Force likes to fight is they prefer the interdiction bombing through precision strikes,” said Dan Grazier, a former Marine captain now with the Project on Government Oversight. “That’s not what’s been effective.”