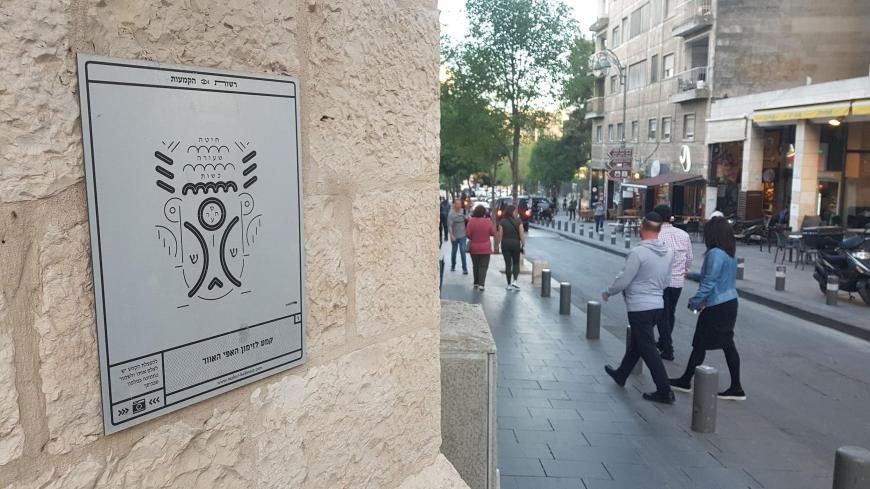 Jerusalem has known many masters and many faiths in its 3,000-year history, but one thing has remained a cultural constant: amulets against evil spirits. The modern city abounds with beads, pendants, pictures, strings, jewelry and a wide assortment of talismans — a custom that is shared by Jews, Muslims and Christians alike.

One Israeli artist is tapping into this millennia-old tradition and adapting it for Jerusalem’s 21st-century streets. In homage to this deep-rooted tradition, Jerusalemite artist Eitam Tubul launched the light-hearted “Amulet Authority,” an art project that has produced a variety of intricate plaques designed to thwart modern misfortunes.

Tubul said that instead of competing with traditional amulets, he struck on the notion of mystical remedies for the “very prosaic” problems of modern life. His plaques offer protection against everyday misfortunes such as hangovers, awkward silences and meter maids, or act as good luck charms for finding free Wi-Fi, long cell phone battery life or balanced air-conditioning in the office.

"[These are] things that people know can't really be solved," he told Al-Monitor.

Under the guise of officialdom, Tubul has created absurdity. The art project's website informs visitors that “the amulets passed all the necessary and required references” — of which, of course, there are none. Tubul’s fictitious Amulet Authority bears a logo combining an eye and a fish, two common apotropaic symbols.

“Every month or so, somebody tags the Amulet Authority [on Facebook] in a picture,” Tubul said, chuckling. “Lots of people say ‘these Jerusalemites are totally crazy. They have an Amulet Authority. What’s happening in this city of morons?’”

The amulets are scattered along central Jerusalem’s Hillel Street and around the Mahane Yehuda market, placed at eye level on sandy limestone walls.

“To use the amulet, photograph it and save it as a picture on the telephone in your pocket,” the plaques instruct passersby.

Amulets to ward off evil and ensure good fortune are common to the many peoples who have inhabited the Levant in the past few thousands of years to the present day. Just this week, Apple added the ubiquitous blue eye amulet, common throughout the Middle East and further afield, to its latest batch of iOS emojis.

Over the ages, they have taken on a dizzying variety of forms, from scarab seals with hieroglyphs to inscribed slips of metal or parchment, to colored stones or beads. The oldest known copies of biblical text are etched into two silver amulets dating to the sixth-century BC that were found in a cave outside Jerusalem’s Old City.

“They are a phenomenon in popular culture, and it doesn't really matter who's here — whether it's Christian or Jew or Samaritan or Muslim,” Lenny Wolfe, an antiquities dealer and collector of Middle Eastern amulets both ancient and modern, told Al-Monitor.

Among the local Arab population, apotropaic amulets occupy the realm of folk medicine and magic, filling the void between organized religion and science, and are “an essential part of the Palestinian people’s cultural heritage,” wrote Baha al-Jubeh, a curator at the Palestinian Museum in the West Bank city of Birzeit, in a 2005 article. The museum has an assemblage of 1,400 amulets, talismans and other magical objects from Palestinian communities and around the Arab world collected by Tawfiq Canaan, an early 20th-century collector.

"Arguably, amulets are the ultimate expression of popular culture," Wolfe said, adding, "It's an undercurrent in the culture that lasts hundreds, if not thousands, of years."

The "Amulet Authority" art project was conceived in 2014 during Tubul’s artist residency with Beita, a municipal art center in Jerusalem. He was tasked with creating works that span the divide between the home and public space. He decided on amulets because of their intimate nature and his familiarity with them from growing up in a Moroccan Jewish home.

Tubul, who also teaches graphic design at the Musrara School of Art in Jerusalem, said his amulets adhere to a certain “intuition.” Their eccentric figures combine abstract shapes and lines with Hebrew letters and the occasional word and are inspired by traditional Kabbalistic Jewish designs.

“Every time I start to see that the design is starting to look like something that I understand, I throw it out,” he said. “I make it so that the imagery is meaningless. People really connect to it.”

Of the original 14 amulets placed around the city, several have been damaged or pilfered, Tubul said, including one, ironically, to protect against email hacking.

“I guess someone really needed it,” he said.

Undeterred, Tubul is in the process of designing another seven based on “bizarre” suggestions submitted by Facebook users. One suggestion is an amulet to “to find all the amulets you put up,” but until Tubul erects the new series, visitors will have to explore the streets and alleys around downtown Jerusalem to find them. 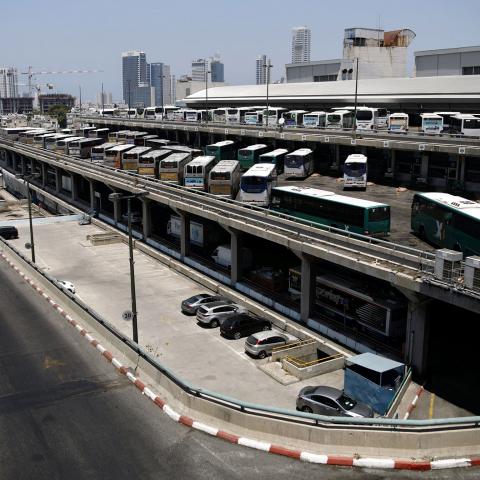 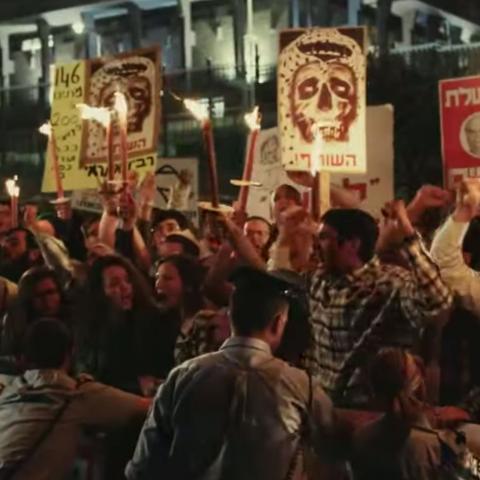 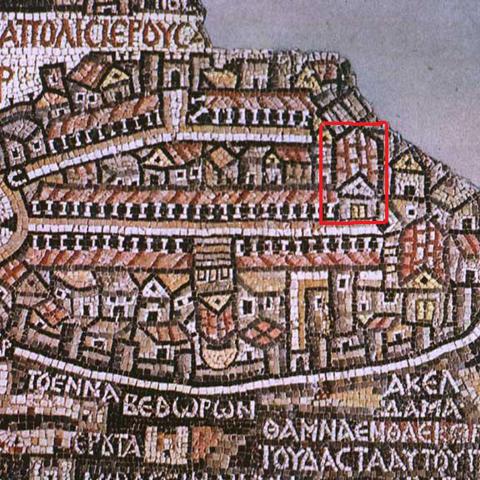