President Hassan Rouhani’s choices to lead four key ministries emerged from a faulty process that must be replaced with a merit-based system that brings in fresher and younger faces. 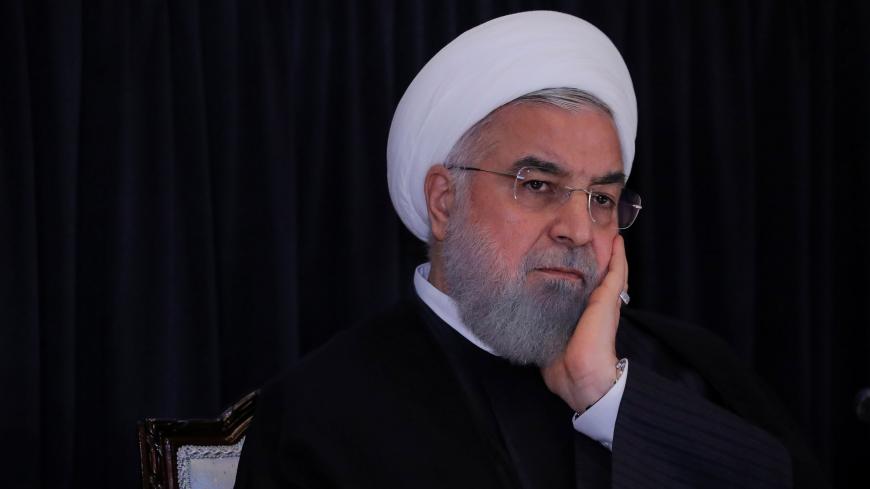 Iran's President Hassan Rouhani listens during a news conference on the sidelines of the 73rd session of the United Nations General Assembly at the UN headquarters in New York, Sept. 26, 2018. - REUTERS/Brendan Mcdermid

The administration of Iranian President Hassan Rouhani has undergone significant changes during his second tenure in office, which began in August 2017, particularly in recent months. The developments have laid bare the need for a new generation of qualified officials to helm ministries and other high-level state-run entities that will do more than preserve the status quo.

In early August, Rouhani’s Labor Minister Ali Rabiei, a former intelligence officer who had also served as an adviser to former President Mohammad Khatami, was impeached by members of parliament after serving for five years. It was the second ousting of a major state figure after former Central Bank Governor Valiollah Seif, who had led many of Iran’s major financial institutions in the decades before, was fired two weeks earlier. He was seen as responsible for a disastrous attempt in April to fix the rate of the rial to rescue the national currency, in free-fall due to returning US sanctions. Even as his policies entailed many repercussions, Seif was made presidential adviser in monetary and banking affairs amid much criticism.

Then in late August, Economy Minister Masoud Karbasian, also a longtime insider, became the second minister to be impeached by the parliament in a month. He had only served for one year, remaining largely invisible — in contrast to his predecessor — as the Central Bank chief seemed to be the top financial decision-maker. The two ministries, key to an ailing economy that suffers from high unemployment and macroeconomic instability, were run by caretakers for weeks, even as it was becoming clearer by the day that returning sanctions have only shown many of the cracks in local management rather than being the root of the main challenges facing the country.

In late October, Minister of Roads and Urban Development Abbas Akhoundi published his resignation letter — his fourth attempt — to signal that he is out over different viewpoints on excessive government interference that hinders market competitiveness and undermines the rule of law. Amid signals by lawmakers that Minister of Industries, Mines and Business Mohammad Shariatmadari is also on track to be impeached, the president accepted his resignation. Last week, Rouhani officially introduced his picks to lead the four leaderless ministries. The candidates, who all managed to get a vote of confidence from lawmakers on Oct. 27, reveal many things about positions of power in Iran and what is still lacking.

Perhaps nobody, not among the general public nor among private sector representatives, expected Rouhani to break new ground by introducing progressive candidates with novel ideas. That in itself indicates how low expectations have fallen. Nevertheless, the president's picks disappointed many.

Most notably, Shariatmadari, who was on the brink of being impeached after only one tumultuous year in office, was introduced and approved as the new labor minister. Some parliament members showed their discontent during the open session when his name was read out as the labor candidate. But apparently ample evidence of his performance and the logical conclusion that a minister who had just failed at heading one key ministry probably does not have the expertise to do an adequate job at another were not enough. Despite concerns about the game of musical chairs being played, Shariatmadari comfortably assumed the helm of the Labor Ministry as he secured a vote of confidence from 196 against 63 who opposed his nomination. The three other candidates also faced little opposition as they were greenlit to helm vital ministries.

Perhaps the parliamentarians who approved them were acting based on the mindset that average citizens will be the ones who end up getting hurt should they disapprove of the proposed candidates. Indeed, rejecting candidates would most probably mean leaderless ministries for several more weeks, perhaps months. Perhaps they agreed with Rouhani’s remarks at the parliament before voting began that the country, specifically the three branches of power, need to present a united front and refrain from drawing out a state of uncertainty in the face of outside pressure. Perhaps they were happy with Rouhani’s explanation that choosing each of the candidates has taken “tens of hours” of research and wanted to go home after a long reviewing and voting session that had begun around noon and finished at around 11 p.m.

In any case, the parliament approved four quinquagenarian and sexagenarian men who come from inside the system, agree with the administration’s vision of how each major program of each ministry must be executed and promise to safeguard the status quo. All the officials that have come and gone in the past year fit a roughly similar pattern in terms of age, background and policies. They show that Iran needs to shift to a merit-based system while also favoring younger candidates who present a vision for true change rather than the same figures simply trading positions of power, as they have done since the Islamic Revolution in 1979.

A rare relative success story has been that of Mohammad Javad Azari-Jahromi, the 36-year-old Information and Communications Technology minister. He replaced Mahmoud Vaezi, who has since been made Rouhani’s chief of staff. The young minister actively uses social media to engage with and hear public opinion, advocates for new technologies like blockchain and recently became the face of government transparency during the country’s currency crisis by exposing companies that have abused the government’s faulty currency policies.

However, a young face is not always a surefire recipe for success. The most recent case in point is that of Ali Foroughi, a 29-year-old with little expertise and no executive history who has been chosen to head Channel 3, one of the most popular channels of Islamic Republic of Iran Broadcasting. As his first act, the young conservative took the country’s most popular sports program, "Navad," which attracts millions of viewers each week to the much-criticized state network, off the air over to a difference of opinion with the program’s host. If anything, his example shows that diverging from merit in choosing leaders will never lead to positive results, regardless of all other factors.