The Trump administration’s stated aim to “starve” Iran of the financial resources to conduct its regional policy is unlikely to succeed for many reasons, including the fact that Tehran has honed inexpensive hybrid warfare. 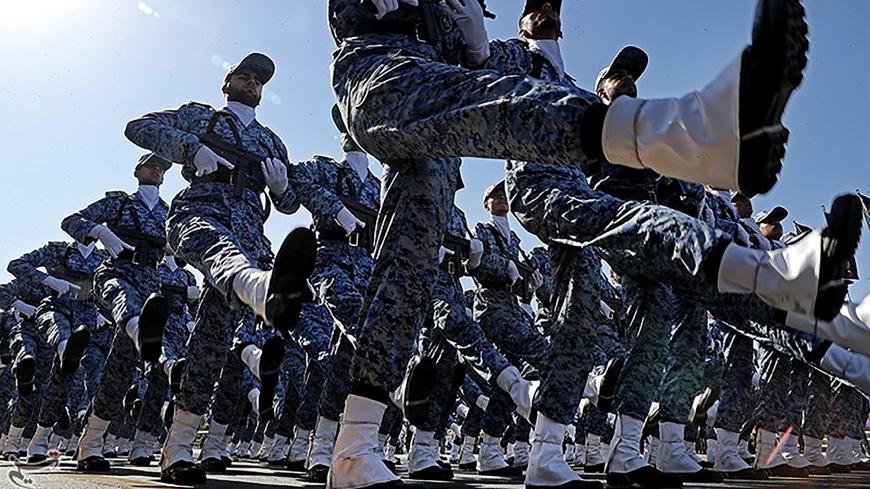 As the Trump administration unveiled its strategy to “confront Iran” in the aftermath of its withdrawal from the Joint Comprehensive Plan of Action (JCPOA), Secretary of State Mike Pompeo in October outlined a “campaign to crush the Iranian regime’s terrorist financing.”

To assess the likely efficacy of stated US policy, it is important to grasp the nature and scale of Iranian military expenditures and also understand how economic adversity impacts such spending.

Available data suggest that sanctions have had a negative impact on Iran’s military spending. For instance, Iranian academics Sajjad Dizaji and Mohammad Farzanegan point out that military spending dropped by almost one-third between 2006 and 2015 — “one of the highest percentage decreases in military spending globally.” In this vein, military expenditures increased by 30% after the lifting of nuclear-related sanctions in 2016, a development that President Donald Trump emphasized when declaring the US withdrawal from the JCPOA back in May.

Yet, while there has been a jump in military spending over the past two years, the contraction of such expenditures over the previous decade has meant that the increase has only brought spending back to 2009 levels. Moreover, even after the surge, military expenditures only constitute 3% of the gross domestic product. Here, Dizaji and Farzanegan separate the respective impact of unilateral and multilateral sanctions, and posit that the present US penalties are likely to have a “statistically insignificant” effect on Iran’s military spending “in both the short and long run.”

Historical context provides further understanding of how the Islamic Republic approaches defense expenditures. For instance, while Iran’s present regional interventions and influence are likely at their peak in centuries, military spending is still below that of the shah. Indeed, in constant 2016 US dollars, military expenditures under the Pahlavi regime peaked at $17.5 billion in 1976. Four decades later — and after the post-JCPOA boost — defense spending stands at an estimated $16 billion.

The Islamic Republic’s deftness at getting the most bang for its rials further stands out when contrasting its military expenditures with that of US-allied Gulf Cooperation Council member states, whose combined spending is estimated to reach $100 billion next year.

But total military expenditures are only part of the equation. Given the focus of the Trump administration on curbing Iran’s regional influence, it is important to distinguish between broader Iranian defense spending and expenditures abroad.

Here, a recent report by the International Crisis Group notably sheds light on the matter by empirically examining Iranian regional policy in the face of low oil prices and/or sanctions. Looking at the period 2011-15, the authors argue that the multilateral sanctions regime targeting the Islamic Republic at the time – which resulted in a halving of oil exports, surging inflation and an economic contraction — “coincided with what many consider the most significant expansion of Iran’s military intervention in the region,” referring to Iran’s escalated military and financial support for the Syrian and Iraqi governments while also increasing support for Ansar Allah, or the Houthis, in Yemen.

Of particular note, this escalation occurred not merely under multilateral sanctions but also under conditions when military spending declined. This important point hammers home the crucial consideration that total Iranian military expenditures are not necessarily correlated with foreign expenditures. Neither is it clear whether — and how — economic adversity impacts spending abroad. This is directly tied to the crux of the matter, namely that of whether US sanctions are likely to achieve the stated aim of “starving” Iran of the financial resources to conduct its regional interventions.

While Iran does not publicize its spending abroad, the United States and Israel regularly put out estimates. For instance, the US State Department posits that Iran has spent over $16 billion since 2012 on “propping up the Assad regime and supporting [Iran’s] other partners and proxies in Syria, Iraq, and Yemen.” The State Department further alleges that Iran funds Hezbollah to the tune of $700 million a year. While this figure is far above previous US estimates of up to $200 million per annum, it could reflect a consideration of the Lebanese group’s activities in Syria. Moreover, the State Department charges that Iran has spent “hundreds of millions of dollars” on aiding Ansar Allah since 2012, while spending $100 million a year in combined support for Palestinian groups, including Hamas and Islamic Jihad.

Assuming that the Trump administration and Israel are not inclined to understate Iran’s spending abroad, the $16 billion estimate is equivalent to $2.28 billion per annum. This would put the cost of Iran’s combined expenditures for operations across the region — whether directly or via proxies — at 0.5% of the GDP. The latter includes an estimated $6 billion in credit lines extended to the Syrian government.

Breaking down US and Israeli estimates of Iranian spending abroad sheds further light on the nature of Tehran’s regional interventions.

For example, both Washington and Tel Aviv charge that at least 75% of Iran’s foreign expenditures are concentrated in Syria. Back in May, hours after launching Israel’s largest wave of airstrikes in Syria since the 1973 war — reportedly hitting dozens of Iranian bases and sites — then Defense Minister Avigdor Liberman charged, “We hit nearly all Iranian infrastructures in Syria.” As Israel’s military censors appear to have relaxed in the aftermath of the extensive attacks on Iranian positions, an Israeli official stated that the airstrikes destroyed hundreds of millions of dollars of Iranian infrastructure. Meanwhile, for perhaps the first time, reports circulated that Israeli intelligence estimated that Iran’s Islamic Revolutionary Guard Corps had invested over $750 million in its military deployment in Syria, but most of the Guard Corps' infrastructure has now allegedly been destroyed.

If accurate, the above would suggest that Iran’s intervention in Syria — its most extensive foreign commitment since the end of its 1980-88 war with Iraq — has cost $140 million a month. To put this figure in perspective, Saudi Arabia is estimated to be spending up to $6 billion a month in Yemen.

It is important to note here that Iran’s Quds Force did not invent inexpensive warfare but has rather perfected it. Indeed, even during the Iran-Iraq War, Iranian military spending peaked at around $10 billion, or 8% of GDP, in 1982. In contrast, the shah spent $17.5 billion, or 12% of the GDP, on his military back in peacetime 1976. Thus, for Iranian commanders such as Qasem Soleimani — whose formative years were during the war with Iraq — propping up the Syrian government at a cost of 2% of what Saudi Arabia is spending in Yemen would simply be an evolution of past experiences.

What this ultimately tells us is that the reimposed US sanctions are unlikely to “crush the Iranian regime’s terrorist financing.” This reality further stands out when considering that the Islamic Republic holds over $100 billion in foreign exchange and is projected to generate tens of billions of dollars in energy exports next year.

Secretary Pompeo has repeatedly pointed out that “thanks to Iranian subsidies, the average Lebanese Hezbollah fighter earns two or three times per month what a fireman in Tehran brings home.” To better understand its Iranian adversary, the Trump administration would perhaps be better off considering the reality that the nuclear program it is targeting is run by an MIT-trained physicist who earns $700 a month.