Intel: Why the US is backing off ousting Assad 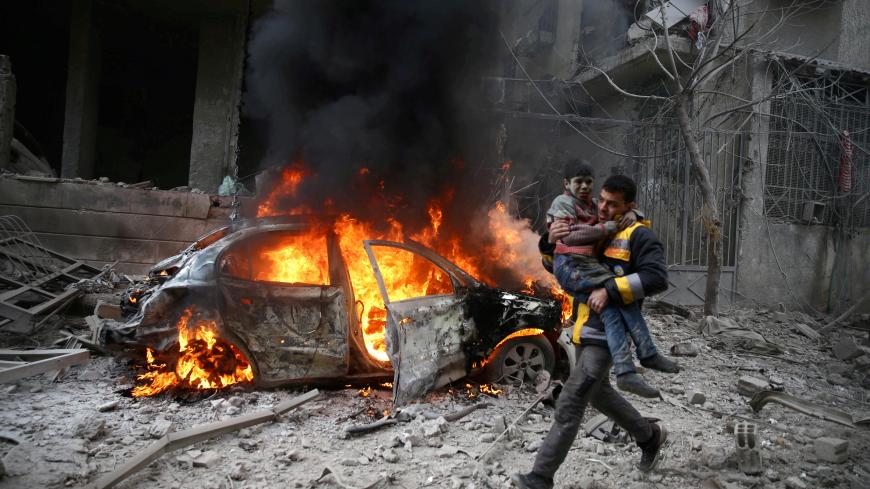 Testifying in the House Foreign Affairs Committee today, US envoy for Syria engagement Jim Jeffrey said the Donald Trump administration's policy in Syria "is not regime change," but an "irreversible political process which will change the nature and behavior of the Syrian regime."

Why it matters: Jeffrey’s comments are an indication that the US may not move to force Syrian President Bashar al-Assad’s ouster, even though the United Nations-backed Geneva peace talks — which the former US ambassador to Turkey was hired in August to resuscitate — seek to reunify the country with national elections.

"We do not have an official position on any personality except that Assad is the worst person to rule any place,” Jeffrey said when pressed by Rep. Ileana Ros-Lehtinen, R-Fla., on whether the US administration is committed to pushing Assad out in a future election. "We cannot imagine the bulk of the population voting for that individual.”

Don’t call it regime change: But not all experts are buying the idea that the US strategy doesn’t center around regime change. “The whole concept of Geneva was to provide a framework to get Assad out of power,” Nick Heras, a Middle East fellow at the Center for a New American Security, told Al-Monitor earlier this month. “The fundamental challenge is that the new administration strategy is regime change without using the phrase regime change because of the bad connotation it has in Iraq.”

Iran must go: Assad’s increasing grip over the country challenges the effort to expel Iranian groups as proxies, such as the elite Quds Force, Iraqi Popular Mobilization Units and Afghan Hazara fighters trained by Tehran, a top US priority in Syria.

Today, Jeffrey clarified that the US will hope to push Iran out of the country at the bargaining table, not through military means. Some 2,200 American troops are in the country, including US service members situated near an Iranian supply line into Syria at al-Tanf near the Iraqi border.

"Boy is that ever a good question," Jeffrey told Rep. Gerry Connolly, D-Va., who asked how the US plans to remove Iranian forces. "Basically, this has to be done through diplomatic effort.”

Bow to the critics: Jeffrey acknowledged the “rolling of eyes” over skepticism to the plan but said peace deals have removed foreign fighters in recent history, such as the 2008 pact to end the Russia-Georgia war. Russia, which desires military bases and a friendly government in Syria, would likely keep troops in Syria at the end of the conflict, Jeffrey said.

Putting it in perspective: Robert Jenkins, a deputy assistant US Agency for International Development administrator who testified at the hearing, said the 500,000 civilian deaths in the seven-year Syrian war are commensurate to "building the Rose Bowl five times" in his hometown of Pasadena, California, and killing everyone inside. The situation of 5.6 million displaced from Syria, Jenkins said, is akin to "all of the people of New York City and all of the people of Chicago, displaced forever.”

What’s next: Jeffrey clarified that the Trump administration supports the Caesar bill, a House-led effort to cut off Assad’s funding and ballistic missile supplies. The bill has cleared the House but is stuck in the Senate.

Know more: Read more about NATO ally Turkey’s frustrations with the US in Syria, which Jeffrey, the former US envoy to the country, also touched on in the hearing.