Intel: Why the US is allowing India to develop an Iranian port 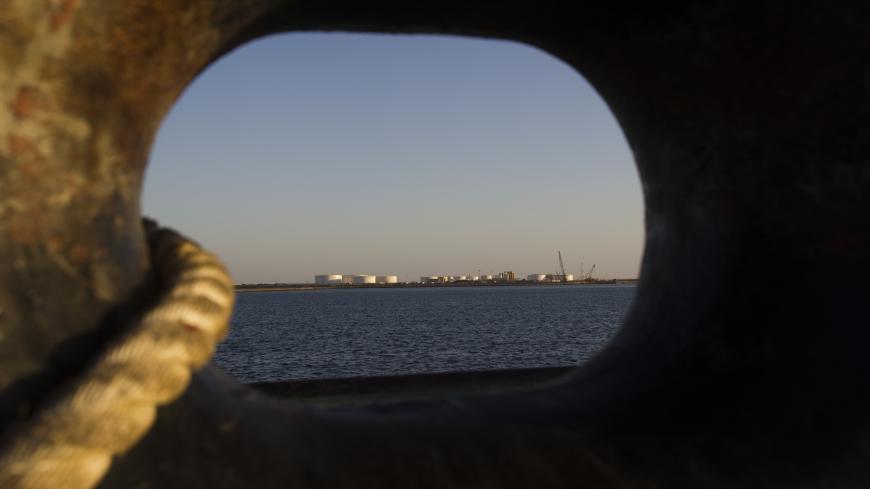 A general view of an oil dock is seen from a ship at the port of Kalantari in the city of Chabahar, 186 miles east of the Strait of Hormuz, Jan. 17, 2012. - REUTERS/Raheb Homavandi

Even as it seeks to cut off Iran from the world economy, the Donald Trump administration acknowledged today that it will allow India to continue developing the Iranian port of Chabahar, an alternative South Asian trade route to the congested Suez Canal. The reason, in a word: Afghanistan.

Why it matters: While the United States seeks to isolate Iran, it’s trying not to choke off neighboring Afghanistan, which would benefit from an influx of food and medicines via a rail link that India is building to Chabahar. Some experts were quick to applaud today’s news. “Chabahar port can help America’s Indian and Afghan friends in a big way,” tweeted Michael Kugelman, a senior associate at the Wilson Center, a Washington-based think tank.

Damned if you do, damned if you don’t: Afghanistan, which borders one unreliable US ally (Pakistan) and one bitter US antagonist (Iran), complicates Trump’s so-called maximum pressure campaign against Iran. India lobbied heavily for the exemption, saying it was needed to bolster Afghanistan’s economy and boost economic connectivity in South Asia. India is also one of eight countries to receive a temporary reprieve from US sanctions on Iranian oil imports.

As 14,000 US troops in the war-torn country deal with a surge in Taliban attacks, President Ashraf Ghani’s government continues to scrounge for revenue — and neighboring Iran remains an important partner in that endeavor. The State Department is also looking for a way for Afghanistan to bypass Pakistan, where the United States cut $2 billion in military aid in January, amid concerns Islamabad has done too little to crack down on extremists.

What’s next: All US sanctions waivers will be subject to a six-month review period, so look to see if India and other American allies make significant cuts to Iranian oil imports to appease the Trump administration.

Know more: Meanwhile, it appears that Iran has left the door ajar for potential talks with the United States, despite the reimposition of sanctions. Check out all of Al-Monitor’s coverage of Iran sanctions here.