Turkey and the Palestinian Authority have signed new agreements, indicating Ankara intends to broaden official dealings with the PA, but limit its financial assistance to the Gaza Strip to relief agencies. 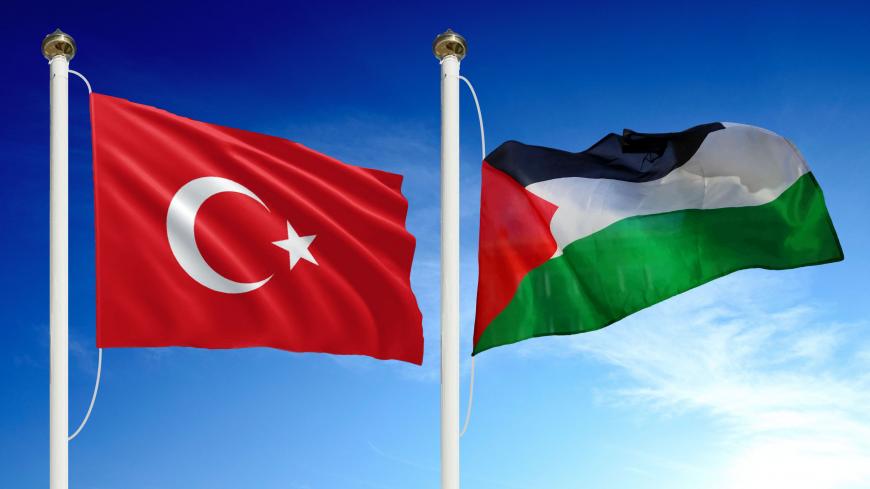 The Palestinian Authority (PA) and Turkey are boosting their ties in economic, investment and educational sectors, despite Turkey’s close relations with the rival Hamas movement. This raises a question about how Ankara will balance dealing with both parties.

Azmi Abdul Rahman, spokesman for the Palestinian National Economy Ministry, told Al-Monitor, “The Turkish-Palestinian economic agreements are part of the ministry’s policy to access foreign markets," outside of Israel's shadow. The ministry hopes to accomplish this by signing trade agreements with other "partners in the Arab and Muslim worlds as well as international ones."

The September agreements are only two of the pacts the PA and Turkey have signed. In February, both parties signed an agreement in the youth and sports sectors, a Turkish financial aid package worth $10 million to the PA budget, and a cooperation agreement between the two countries’ general prosecutors. Also, the Turkish Cooperation and Coordination Agency and the Palestinian International Cooperation Agency have a cooperation agreement. In 2017, the two countries formally agreed to cooperate in the educational, postal and services sectors.

In 2016, Turkey and the PA signed a memorandum of understanding regarding accounting and financial control. The Palestinian Higher Council for Innovation and Excellence reached a cooperation agreement with Turkey's Scientific and Technological Research Council as well. In 2013, the countries signed a protocol establishing a bilateral economic cooperation council protocol, a forest convention, a mutual assistance agreement in customs matters, and twinning agreements between Palestinian and Turkish municipalities.

Turkey is an important trade and economic partner; trade between the countries exceeded $400 million in 2016.

Furthermore, Palestinian Minister of Education and Higher Education Sabri Sidem inaugurated Sept. 21 the first Palestinian school in Turkey, the International Fanar School, considering it to be evidence of strong, historic and brotherly relations between Palestine and Turkey.

Naser Abdel Karim, an economics professor at the Arab American University of Jenin, told Al-Monitor, “Turkish-Palestinian economic relations have a political dimension rather than an economic one, and have limited advantages for Palestinians due to Israel’s control over the [border] crossings and movement of goods."

According to the Observatory of Economic Complexity, total Palestinian exports for 2016 were valued at $951 million; roughly $770 million worth of those goods went to Israel.

Osama Nofal, director general of the Planning and Policy Department at the Gaza Ministry of Economy, told Al-Monitor, “The signed agreements with the Turks will be advantageous for the Gaza Strip, no matter Gaza’s political reality. This is because prices will be reduced with the exemption of our exports to Turkey from taxes.”

He added, “What's applicable in the West Bank also applies to the Gaza Strip, given the unified revenue policy.”

Turkey maintains official dealings with the PA, but limits its support to the Gaza Strip to nongovernmental organizations and relief institutions.

Seemingly, Hamas hasn't benefited from the Turkish financial aid offered to the Gaza Strip, as the assistance is provided directly to targeted poor Palestinians, those in need and people with disabilities, without using an intermediary. In addition, the Turks don't seem anxious to provide Hamas with other financial assistance out of fear that the United States and Israel will accuse it of supporting terrorism.

Turkey's further rapprochement with the PA and, to a lesser degree, Hamas, affirms that Ankara does not want to overlook either party in the Palestinian arena, although said approach is unsatisfactory to both Hamas and the PA's Fatah movement: Each wants Ankara standing exclusively by its side.