Iraq's population is steadily growing, raising concerns about a future economic crisis and the government's inability to provide basic services to citizens. 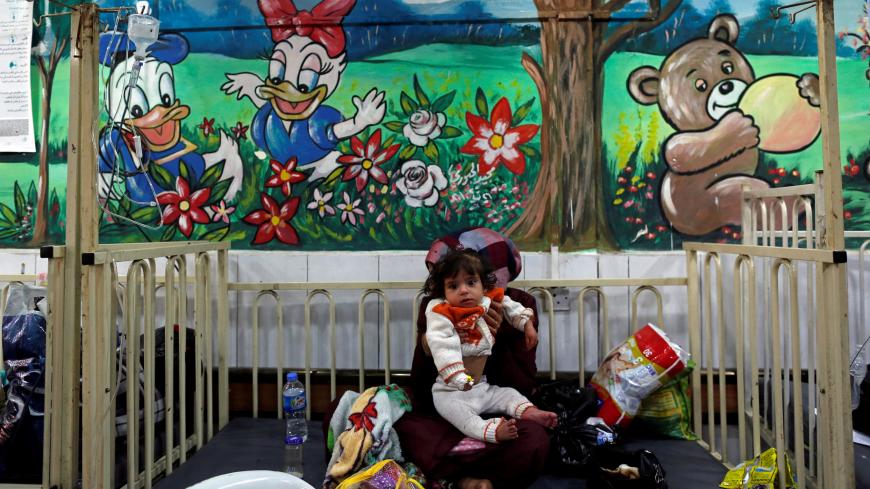 While Iraq has not conducted any comprehensive census since 1997, these figures, combined with the rising unemployment rate, indicate an imbalance between the growing population and the availability of services.

Najeh al-Obeidi, an economics researcher at the University of Baghdad, is worried that the state will not be able to respond to population growth or provide decent living conditions for Iraqis. “This raises concerns about the future," he said. "Baghdad alone has a population equal to that of the entire country five decades ago.”

Obeidi added that the population of Baghdad has grown five-fold since five decades ago, leading to increased demand for food, water, electricity and housing. This "means more burdens on the environment and nature,” he said. “There is a serious demographic explosion and major population growth, which serve as fertile ground for escalated conflicts, violence and fragmentation of the Iraqi society at the political, social, religious and tribal levels.”

Obeidi believes that Iraq's population growth can be attributed to “a social culture that encourages marriage at a very young age, and the lack of interest in women’s education and integration in the labor market, especially in the rural areas. This is not to mention that the cities have also been dominated by provincial culture rather than urbanization.”

He said, “The government stands helpless against this demographic bomb. The successive governments since 2003 have failed even in conducting a census, let alone taking serious birth control measures.”

Diaa Awad Kazim, head of the Central Statistical Organization, said the organization will carry out a census in 2020.

Ahmed Zahabi, a social researcher at the University of Baghdad, told Al-Monitor, “There are many obstacles standing in the way of conducting a census for political, sectarian and social reasons. This is not to mention problems in the disputed areas between the federal government and the Kurdistan region."

He said that "child marriage and the backward techniques in the agricultural and industrial sectors in Iraq prompt people to have more children so they can have help in work, especially in the agricultural areas. The country’s inability to cope with the increase of population is compounded by the lack of spontaneous expansion of cities and the lack of health and education services.”

He continued, “Baghdad alone needs 70 new hospitals, in addition to 4,000 new schools to cope with the increase of population, which resulted, among other consequences, in traffic congestion in the cities and streets that can no longer accommodate the huge number of cars owned by citizens, in addition to the high rates of people living below the poverty line.”

According to Salam Smaysam, an economist and former member of the Iraqi National Coalition, "Iraq’s elderly constitute 3% [of the population] according to the Central Statistical Organization estimates for 2018. This means that Iraq has a young population and that Iraq’s youth will be negatively affected if no job opportunities are created and no efforts are made for their integration in society.”

She told Al-Monitor, “The economic impact of the population growth comes in tandem with the disruption of infrastructure reconstruction and development of services since 2003.”

Smaysam described the social problems stemming from the population boom: drug abuse, insufficient care for newborns and lack of support for poor families due to corruption and mismanagement of federal funds. She is hopeful that “the new government of Prime Minister Adel Abdul Mahdi will be able to implement policies to respond to the growing population, and work to ensure the success of the birth control plan.”

Official spokesman for the Ministry of Planning, Abdul Zahra al-Hindawi, told Al-Monitor that the steady population growth "places tremendous pressure on development and economic resources,” noting that “Iraq is one of the countries with high rates of population growth, at 2.6%.”

Hindawi said the Ministry of Planning has started to develop "long-term population policies aimed to achieve a decent [standard of] living for the people of Iraq.”

Such policies “include short-term goals to enhance the people’s level of education and health, improve the economic and social situation of families, empower women and youth and meet their needs. The new population policy includes improving housing, reducing internal and external migrations, improving the environment, empowering marginalized social groups, promoting and supporting demographic research and studies, as well as promoting social partnerships.”

Iraq needs to draw up a demographic plan designed to correct the community’s perception of unplanned childbearing, to instill a sense of moral and economic responsibility toward newborns. Furthermore, the government needs to provide housing and a decent life for poor citizens. Such goals can only be achieved through education and raising awareness. The situation necessitates expanded housing for citizens, employment opportunities for young people and the development of strict laws regulating reproduction.