US scraps treaty with Iran while calling for another treaty

The US withdrew from a treaty with Iran after the treaty was used in a UN court to complain about its sanctions. 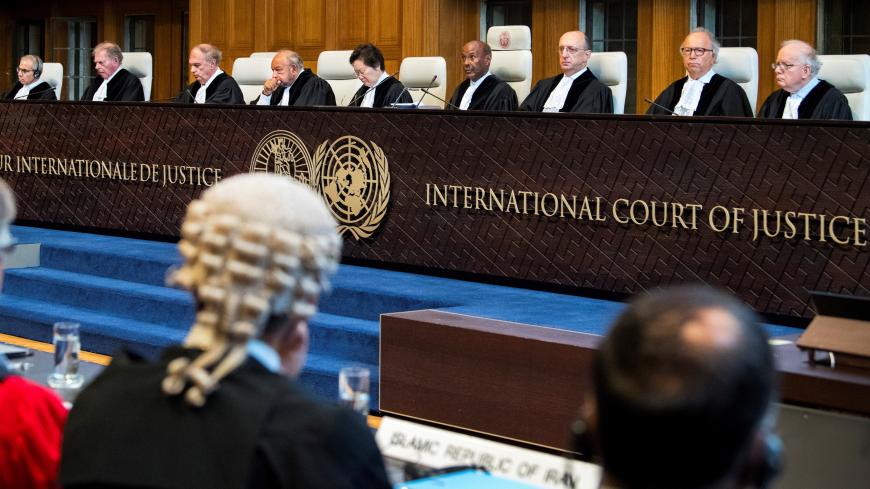 While US officials claim they are earnestly seeking a new nuclear deal and even a treaty with the Islamic Republic of Iran, they are busy scrapping old treaties that have endured for decades and spanned half a dozen US presidents, two different governments in Iran, a hostage crisis and the bombing of a civilian airliner.

On Oct. 3, Secretary of State Mike Pompeo announced that the United States would be terminating the Treaty of Amity with Iran, calling it “39 years overdue.” Formally known as The Treaty of Amity, Economic Relations, and Consular Rights Between the United States of America and Iran, it was signed in 1955 in Tehran under President Dwight Eisenhower and Iran’s king at the time, Mohammad Reza Shah, who ruled the country until 1979.

While the Islamic Republic of Iran and the United States formally severed ties in 1980 after the 1979 Islamic Revolution and the Iran hostage crisis in which 52 American diplomats in Tehran were held for 444 days, the treaty established that the top United Nations court — the International Court of Justice (ICJ) — be used to settle disputes. The ICJ had previously been used by both the United States after the hostage crisis and by Iran after a US warship shot down an Iranian commercial airliner in the Persian Gulf in 1988.

The US decision to leave the treaty, however, was prompted after the ICJ ruled in favor of Iran regarding US sanctions, which were applied against the country after the United States pulled out of the Iranian nuclear deal, formally known as the Joint Comprehensive Plan of Action (JCPOA). Pending the finalization of its review of Iran's demand that the United States lift sanctions and pay compensation for damages, the ICJ ruled that the United States should lift sanctions on humanitarian goods such as food and medicine as well as spare parts for civilian aircraft.

Iran certainly saw the ICJ ruling as a victory. The country’s foreign minister, Mohammad Javad Zarif, tweeted after the ruling, “UN top court rules that US must comply with obligations violated by reimposing sanctions on Iranian people when exiting JCPOA. Another failure for sanctions-addicted USG and victory for the rule of law. Imperative for [international] community to collectively counter malign US unilateralism.”

In announcing the end of the treaty, Pompeo called Iran’s claim at the ICJ “meritless,” accused Iran of “abusing the ICJ for political and propaganda purposes,” and added, “Iran is attempting to interfere with the sovereign rights of the United States to take lawful actions necessary to protect our national security.” According to the terms of the treaty, it will take a year to be fully terminated.

The irony of the United States leaving one treaty while simultaneously calling for another treaty was not lost on Iran’s foreign minister. “US abrogated JCPOA — a multilateral accord enshrined in UNSC Resolution 2231 — arguing that it seeks a bilateral treaty with Iran,” Zarif tweeted. “Today US withdrew from an actual US-Iran treaty after the ICJ ordered it to stop violating that treaty in sanctioning Iranian people. Outlaw regime.”

As mechanisms to settle disputes are disregarded, Iran-US tensions show no signs of subsiding. During a speech at Azadi stadium, Iran’s Supreme Leader Ayatollah Ali Khamenei addressed the mounting tensions and reports of US President Donald Trump’s beliefs that the Iranian government will collapse. “These dreams remind one of 40 years ago in which Americans and their domestic servants would talk about the collapse of the government in six months time,” Khamenei said to the crowd of 100,000 Basijis, his first speech at the venue in decades. “But today, four decades of the life of the Islamic Republic have passed.”

Khamenei said America’s last resort to confront Iran is through sanctions, but that in taking this path they will fail and receive a “slap in the face.”