Intel: Why US rivalry with Russia in Syria isn’t going away 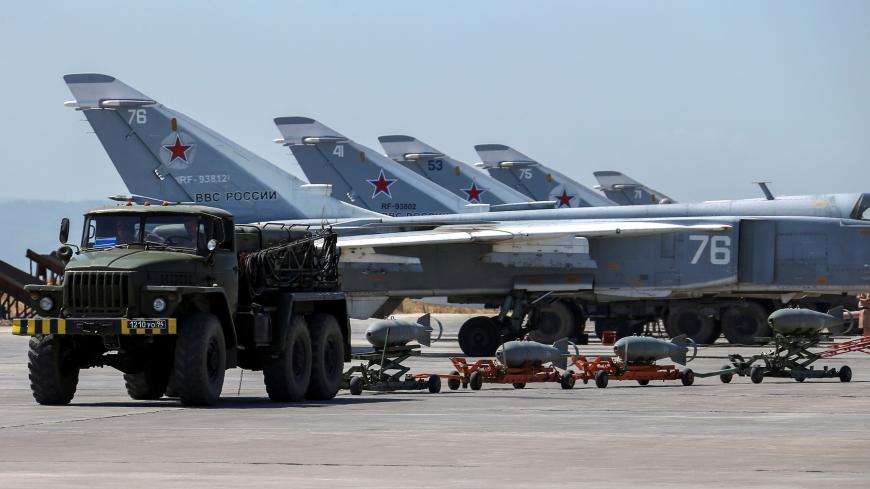 While the US-led coalition fighting the Islamic State looks to wrap up the battle in Syria and push a UN-backed settlement, military officials say the war-torn country has become a key battleground in “great power competition” with Russia.

Why it matters: Conflict between the United States and Russia will shape how Syria is put back together after the end of its seven-year civil war. “Great power competition was an objective by Russia,” Air Force Brig. Gen. Leah Lauderback, who served as director of intelligence for Operation Inherent Resolve until June, said at this week’s US Army conference in Washington. “They saw us as a peer, and they wanted to take advantage in any way that they could.”

Specifically, Lauderback said in a summary of the anti-Islamic State campaign, Russia has looked into taking oil fields that dot Syria to fund Syria’s recovery and the stabilization of areas hit hard by conflict. “Economically, they wanted to seize oilfields, they wanted bids and contracts to develop Syria for infrastructure in order to stabilize Syria over the long term,” she said.

Drone zone: Meanwhile, as the focus of the Syria fight has shifted away from the Islamic State and the United States has doubled the number of its diplomats inside the country, the United States is trying to play traffic cop for a Syrian airspace that’s becoming more and more fraught with potential flashpoints for conflict.

The Islamic State, Russia, Syria and Iran are all flying drones around the war zone today. “That airspace would become extremely congested, because there was no way to deconflict with the Iranians,” Lauderback said. The Air Force officer said that the Islamic State used makeshift drones rigged with grenades to blow up a Syrian and Russian weapons depot in Deir ez-Zor province and damage a Russian airfield in January, proving that the group remains a threat even in areas where it has been defeated.

“We will never deploy again to a theater of operations where we are not under threat from unmanned aerial systems,” British Army Maj. Gen. Felix Gedney, former deputy commander of Inherent Resolve, said at the Association of the US Army conference. “Both those high-end systems of our near-peer competitors, and lower, off-the-shelf botched-together systems that are developed by asymmetric enemies. And we need to get used to that.”

What’s next: The US-backed Syrian Democratic Forces are well underway with an assault on the Islamic State outpost of Hajin in northeastern Syria, billed as the final attack on the militant group’s remnants.