The local councils of Azaz and the surrounding villages decided to impose gun control measures to keep weapons out of the hands of civilians and Free Syrian Army factions. 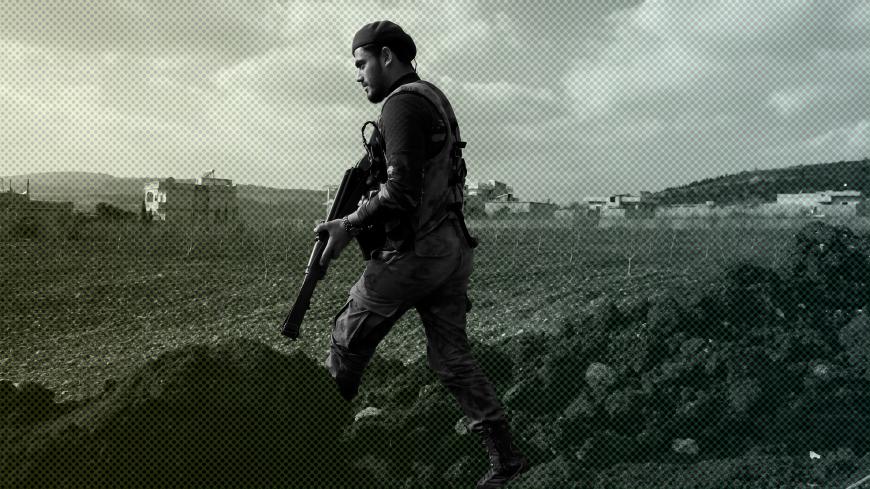 ALEPPO, Syria — Small and medium weapons have spread not only among the Free Syrian Army (FSA) factions and police forces in the towns and camps of the Euphrates Shield area in ​​Aleppo countryside, but also among thousands of civilians. The chaotic spread of firearms has had a serious impact on the local community, killing and wounding civilians in clashes with FSA factions or other residents.

The clashes that erupted between the Asaniyeh and Saitat families Oct. 13, in Sejo camp near Azaz in the northern Aleppo countryside, killed a child and wounded 12 civilians including women and children.

This alarming situation prompted the Salama local council, with which 14 small villages in Azaz countryside are affiliated, to issue a decision Oct. 16 to search for and confiscate weapons, arrest armed individuals and prevent the entry of firearms into the camps. The decision entered into force 24 hours following its issuance.

Speaking to Al-Monitor, Ahmad Eid, head of the Sejo municipal council, which is part of the cluster of 14 villages under the Salama local council, said, “The council’s decision was issued in order to have the FSA factions and military and civil police agencies implement it by conducting patrols in the camps and searching for weapons. This phenomenon needs to end.”

As weapons have become widespread among civilians and FSA factions, gun control is a challenging task and requires new laws and time to implement these.

Mahmoud Abbas, a resident of Sejo camp, told Al-Monitor, “It does not seem to be an easy task for the FSA and police to keep guns out of the hands of civilians in Aleppo countryside and the camps, such as Sejo camp where the decision is applicable. The families in this camp have in their possession so many rifles and personal weapons; time, an efficient implementation of the decision, and sanctions against violators are required.”

He noted, “I am constantly worried in the camp. My family and I are at risk of being hit by a stray bullet at any moment. The families here resort to weapons to settle trivial disputes. Firearms are heavily used under all circumstances. The youth for instance fire thousands of bullets in the air at wedding ceremonies to express joy. It is so scary and the children panic. We genuinely hope that this bad phenomenon ends and that the FSA factions and police manage to control gun ownership.”

In a similar vein, the local council of Azaz city issued Oct. 11 instructions to the police and general security force regarding the trade and possession of firearms in the city. Yasser Zaim, the director of the local council’s media office, told Al-Monitor that the instructions require setting up an ammunition and firearms office that will be affiliated with the forensic security department and tasked with issuing firearms licenses to those carrying a personal weapon.

The decision entails that the police is responsible for shutting down all shops selling weapons in the city and require those working in this field to obtain a license from the ammunition and firearms office, whose responsibility it is to oversee and regulate arms sellers. The council further instructed that those celebrating a marriage need to obtain an event license and vow not to fire in the air at the ceremony.

Speaking to Al-Monitor, Col. Mohammad Daher, commander of the police and general security force in the city of Azaz, said, “We opened a bureau at the forensic security department tasked with issuing firearms licenses. We welcomed the instructions of the local council and embarked on gun control in the city of Azaz and its suburbs. It is not an easy task as it requires time and tremendous efforts. We are organizing our work and seek to counter this phenomenon gradually and end it ultimately in the next few months.”

He added, “Those applying for a firearms license at the ammunition and firearms office should meet the requirements, including but not limited to being over the age of 18, enjoying civil capacity, not suffering from any psychological disorder and vowing not to use weapons in populated areas."

Gun control may not be an easy task for the police forces in the Euphrates Shield area in general, and Azaz in particular. The FSA and police forces need to join efforts to achieve this goal and end this phenomenon.

He concluded, “In case said instructions are violated, the military police will make sure to hold the violators accountable and put them behind bars.”