How Syrian artists are livening up Turkey’s art scene

Syrian artists who have come to Turkey found it difficult to find platforms to showcase their work, but this may be changing slowly. 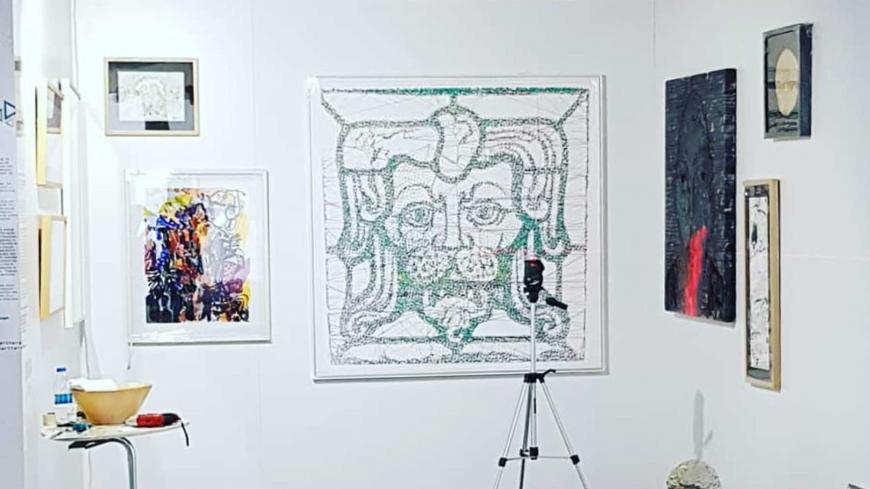 The drawing of a stylized lion’s head dominates the small booth reserved for Arthere — a collective of Turkish and Syrian artists — at Contemporary Istanbul, the city’s huge art fair that brings together dozens of galleries from New York to Tehran to Istanbul every September.

The drawing — black, red and green ink on paper — is called “Haydarpasa,” named after the 19th-century railway station that formed one of the stops of the Orient Express. The lion’s head, with its droopy eyes and all-too-symmetrical mane, is found on the stained-glass windows of the station built during the reign of strategic-minded Abdulhamid II, as the starting point of the Hejaz Railway. Located on the Asian side of Istanbul, the station was designed and built by two German architects — Otto Ritter and Helmuth Cuno — in neo-Renaissance style.

“It is this motif, common in Western architecture, that you see in the Haydarpasa station’s stained glass windows,” explains Omar Berakdar, a Syrian artist who has made Istanbul his home for the last five years. “Haydarpasa is the crossroads between east and west, a symbol of mobility as demonstrated by the Orient Express that takes off from Aleppo, stops at Istanbul and leads to Europe.”

Berakdar’s drawing can be interpreted as a eulogy to the destroyed city of Aleppo — the city where Agatha Christie wrote “Murder at the Orient Express” — and an acknowledgment of lost mobility of the Syrian artists who, as refugees, have little opportunity to travel and work wherever they want.

Berakdar, a photographer and artist, came to Istanbul in 2012. Fluent in three languages and in possession of a French passport, he was already in a better position than many of his colleagues — who neither had a professional network nor the social and lingual means to establish one. So he co-founded Hamisch, or the Syrian Cultural House, in Istanbul. Then, wanting to focus on art only, he left Hamisch to establish Arthere — a play of words on “art here, art there.”

Located on a small street in Yeldegirmeni — a neighborhood with a budding culture scene and vivid street art — Arthere is dominated by long, communal tables, an open kitchen and about a dozen cats who live among the drawings.

“We now have about 20 artists here, 12 of whom are Syrian,” Oyku Dogan, one of the co-founders of the art space, told Al-Monitor. “This is intended as a common space; we hold exhibitions, we work together, we have networking events. So many joint schemes have emerged from here, so many jobs.”

Initially, some of the Syrian artists — most of whom were from the fine art academies of Damascus or Aleppo — also used the small space to live. “In the summer of 2014, when Arthere first opened its doors, upstairs was like a boys’ dorm,” laughed Dogan, a graphic designer who acts as a facilitator and translator to the newcomers. She added, “Although we still keep a camp bed for emergencies, this is not our intention. We want to foster exchanges and provide the necessary support for artists to continue their work as artists here.”

But continuing as artists is not always easy. “An artist needs a network so that he can sell his works,” Berakdar told Al-Monitor, “When you come to a new country, you lack that. So in order to live, you turn to other jobs. We want to help the artists to continue their artwork by creating platforms where they can showcase, develop and sell their work.”

In Istanbul, where there are roughly 560,000 Syrian refugees, there are several art platforms that encourage the Syrian artists to mix with their Turkish counterparts. Diyalog, established by Istanbul-based German couple Sabine Kuper-Busch and Thomas Busch, was born out of that need. The association launched Mahalla, which means "neighborhood" in Arabic and Turkish, the first festival of an emerging network of global players working in the field of arts and culture focusing on the current migration flow. Its first edition — held Sept. 13 to Oct. 20, 2017, in parallel with the 15th Istanbul Biennial — featured several cultural initiatives from workshops to exhibitions to performance art by 37 artists, curators and academics from 14 countries including Syria, France, Lebanon, Ghana, Malta and Nigeria. This year's edition will be held in Malta in November.

“Even the name was a battle,” Kuper-Busch told Al-Monitor. “Some of our friends told us that the name should be Mahalle, as it is spelled and pronounced in Turkish. But we preferred to keep the origin of the word, which is Arabic. We wanted to have an open space for artists — not only for Turks and Syrians, but for other people on the move.”

Diyalog is also unyielding on the professional quality of the works. “I think, particularly in Europe, there is an outlook toward migrant art as naive or unsophisticated or needing support,” said Kuper-Busch, adding, “We reject that. What we try to create are professional cultural events where everyone learns from each other; there should be no hierarchy between eastern and western nor between citizens and non-citizens of the host country.”

A recent report by the Istanbul Foundation for Culture and Arts titled “Living Together: Fostering Cultural Pluralism Through the Arts” maintains that art platforms can play a major role in both “healing” marginal groups such as refugees and fostering cultural pluralism. Penned by Feyzi Baban from Trent University and Kim Rygiel from Wilfrid Laurier University, the report also provides an overview of some cultural and art projects that form a bridge between Turks and Syrian refugees.

“When newcomers arrive, they are often lumped into a category. Their culture is unknown, so it becomes all too easy to see them as ‘the other'" Baban told Al-Monitor, adding, “The initiatives we mention in the report, such as the Kirkayak Cultural Center in Gaziantep or Hamisch in Istanbul, are those that restore the dignity of the newcomers and re-establishes the identity of the Syrian newcomers as multifaceted individuals, not as a group simply referred to as ‘Syrian refugees.’ Ideally, the cultural initiatives should emphasize that Syrians are not ‘poor victims of war’ but people who are active in cultural production and who can contribute to the community.”

In the report, Baban and Rygiel recommend formulation of new policies that would provide newcomers’ access to already-established arts and cultural institutions, so that they can interact with the stories and histories of the mainstream culture they live in. Asked whether there is a recipe for a successful initiative that fosters cultural pluralism, Baban replied, “It should recognize the plurality within the groups, reject hierarchy between the mainstream culture and newcomers, and accept the fact that the newcomers also have the power to transform and change the host culture.”

“Even some of the Syrian artists who have left for Europe miss Istanbul despite all the difficulties they have faced here,” said Berakdar, as he looked at his “Haydarpasa” drawing. “So Istanbul is home for us, after all.” 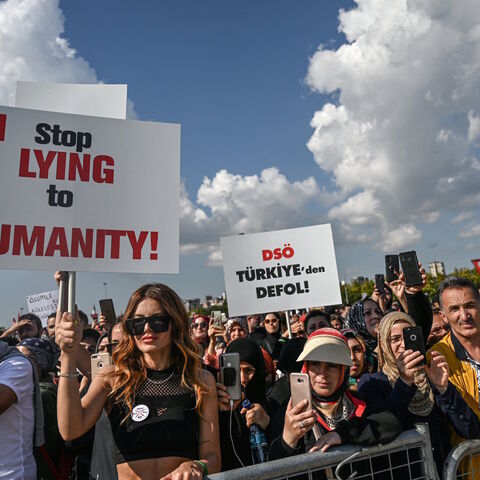