Damascus puts on elections while Russia is busy with geopolitics

While Moscow has been busy with the situation in Idlib, Damascus has held municipal elections, where its candidates won. 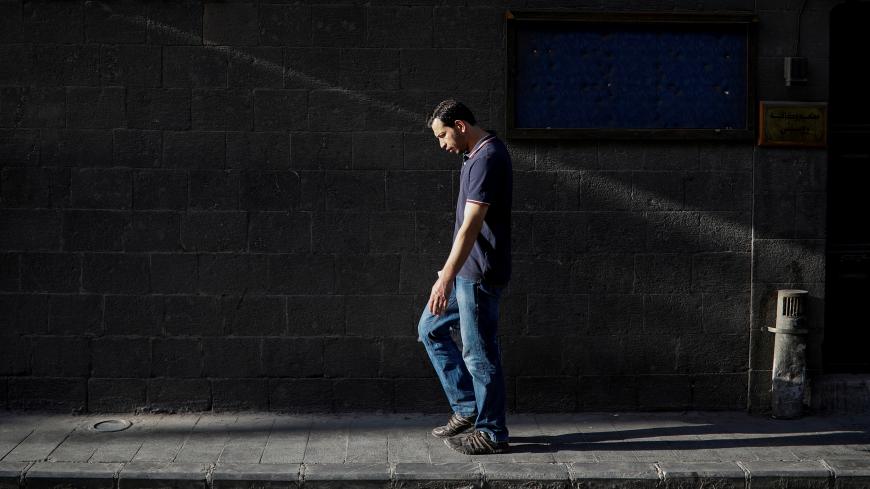 Municipal elections held Sept. 16 presumably constituted a new attempt by Damascus to showcase internal stability. Official accounts say about 40,000 candidates competed for over 18,000 council seats in regions long controlled by the government. Authorities said the ostensibly high turnout made them extend voting nationwide five hours; it ended at midnight instead of 7 p.m.

Curiously, the official information about the turnout was mentioned only after the results were announced by the Higher Judicial Committee for Elections. Losing candidates can challenge the results within five days after the official announcement of the results. However, the stipulation is but a mere formality since the elections were clearly biased toward the Baath Party and the outcome was expected. The formal victory of the ruling party makes it even less likely that officials in Damascus will promote political diversity when the final stage of the armed confrontation with the rebels is over.

The municipal elections are a message to the world that “Syria has won and the Syrian people have returned to a state of normalcy,” Prime Minister Imad Khamis said. Hussein Makhlouf, a Syrian local administration minister and head of the Coordination Agency for the Return of Displaced Syrians, said the elections are central to the efforts to boost Syrian stabilization and reconstruction.

Opposition sources said the turnout was rather low as most Syrians considered the elections to be of no real value. The sources said that only those who could not abstain from voting and were forced to go to polling stations — they mostly were civil servants — went to cast ballots. People were markedly intent on distancing themselves from the voting process in Daraa province, brought under the control of the regime following recent military offensives and agreements involving external actors, the sources said.

The underlying logic is apparent, even though the results of the elections were a foregone conclusion: The earlier they are held, the more convincing Damascus’ victory is. In 2016, parliamentary elections were held amid an entirely different military situation. Despite the fact that they were clearly rigged, the regime needed the polls to extend its term in office as well as to simulate political life. Damascus hoped the elections would help provide some political legitimacy. And when that vote occurred, the Higher Judicial Committee for Elections also reported that voting had been extended until midnight because of the “mass influx of citizens to polling stations.”

The council elections in general should serve to produce crucial popular support for the regime from various social groups. For Damascus, the backing of local government bodies is a practical way of stimulating efforts aimed at reconstruction, addressing social needs and creating jobs. However, the local authorities elected Sept. 16 have a lack of real power; in Syria, only the special services and the army carry real weight.

The Syrian elections received little, if any, media coverage in Russia. The press only provided sketchy information, with news reports confined to highlighting how stable the situation was.

Local elections had been due as early as in 2016, and Damascus could have postponed them further. A source close to the Russian diplomatic corps said the need to hold municipal elections was brought up in Moscow in the run-up to the Syrian National Dialogue Congress in the autumn of 2017. The very fact that Syria had elections is seen as a valuable card at the Geneva talks for pointing to the regime’s legitimacy and the weakness of the opposition. The elections also could help show how feasible the Russian political stabilization plan is. Tehran can reap certain benefits from the municipal elections as well since the vote allows local pro-Iranian forces to secure a position in Syrian society and further integrate into the system of power. For instance, the Liwa al-Baqir group (affiliated with the Local Defense Forces) operates its own fleet of minibuses and runs transport businesses.

Moreover, local elections orchestrated by the Baath regime deprive citizens of an opportunity to vote for the political opposition in the near future; other elections for local governments in areas outside the control of Damascus could be blocked on the basis that local elections have been held.

The elections once again brought to the fore the problem of Syrian Kurdistan, whose authorities refused point-blank to take part in the election campaign. The Syrian Democratic Council, the ruling body in the Kurdish regions, said a firm no to elections on its territory. Representatives of the Kurdish authorities say they want a federalized Syria. They say Damascus should respect the autonomy of the country’s north and safeguard the rights of national minorities. The Syrian Kurds demonstrated their resolve when members of the Democratic Union, the most influential party in the north, held dozens of candidates captive and forced them to quit the race for seats in the local government. However, this reaction was predictable and the Syrian regime counted on it; the regime used the elections to boost its activities in territories beyond its control and to demonstrate that people there were willing to participate in the electoral process.