Cairo hopes that in hosting the United Nations Biodiversity Conference, it can both take great strides toward protecting Egypt's ecosystems and promote tourism. 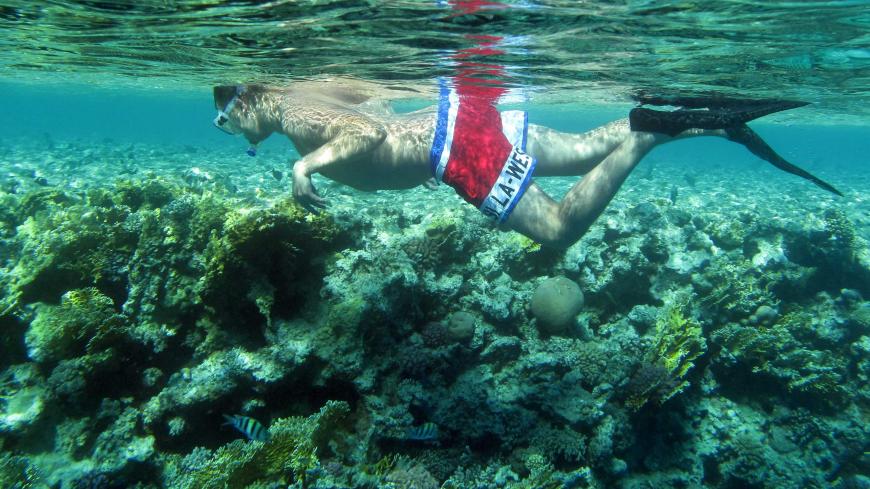 Egypt is set to host the 2018 United Nations Biodiversity Conference Nov. 17-24 in Sharm el-Sheikh, South Sinai governorate. The event, its 25th anniversary, will include the 14th meeting of signatories to the Convention on Biological Diversity.

Gathering decision-makers from more than 190 countries, this year's theme is “Investing in biodiversity for people and planet.”

The event will feature parallel summits in which representatives of civil society, local authorities, the private sector, young people, development agencies and parliamentarians will join together to discuss achieving the objectives of the Convention on Biological Diversity and its protocols.

Egypt is the first country in the Arab region to host this conference. Environment Minister Yasmin Fouad announced that hosting the enormous event will show Egypt’s keenness to preserve biodiversity as well as educate its citizens on the subject. Fouad pointed out that among the topics to be discussed are ways to confront marine waste such as plastics that kill thousands of marine organisms and endangered species.

Many officials and tourism professionals say Egypt's two-year presidency of such an important event will have numerous benefits to Egypt.

Magdi Allam, the secretary of the Union of Arab Environmental Experts, told Al-Monitor that hosting the conference will increase tourism as well as promote the city of Sharm el-Sheikh as a hub for major international conferences. “The conference emphasizes Egypt's international standing and its role in supporting the UN goals in achieving sustainable development as well as reaffirming its regional status in the Arab and African regions,” he added.

Allam explained, “Egypt is one of the oldest countries in the world to preserve natural resources and biodiversity. The ancient Egyptians placed great importance on animals, birds and plants in their temples and monuments.” He added that Egypt has the same commitment to preserving nature and its ecosystems as to preserve the artifacts of the Pharaonic, Greco-Roman, Coptic and Islamic civilizations.

He gave examples of some well-preserved sites such as the Kamil crater in the southwestern New Valley governorate. It is regarded as one of the best meteorite impact sites, the result of a meteor that fell there some 5,000 years ago.

“There are also the earliest whale skeletons in the Whales Valley in Fayoum, some 150 km [90 miles] southwest of Cairo. The site, which dates back millions of years, is listed among the UNESCO Heritage Sites,” Allam added.

According to Egypt’s Fifth National Report to the Convention of Biological Diversity, the country is home to 111 mammal species, 40 of them threatened with extinction. There are also 400 kinds of birds, of which 26 are threatened with extinction. It has 109 kinds of reptiles, 27 of them endangered. On its Red Sea coasts, the country has over 300 species of coral in addition to 1,000 fish species.

Hamdalla Zeidan, chairman of the conference’s preparatory committee, said that the conference aims to integrate protection for Egypt's biodiversity in vital developing sectors such as agriculture, tourism, fisheries, forestry, energy, mining, infrastructure, manufacturing, industry and health. He added that biodiversity protection in these sectors is critical to achieving Egypt's 2030 vision for sustainable development, as well as the vision of the Convention on Biological Diversity 2050.

Various Egyptian ministries are involved in organizing the event in addition to South Sinai governorate.

This conference is not Sharm el-Sheikh's first international event. Last November, the “City of Peace” organized and hosted the First World Youth Forum. The four-day event brought together 3,000 young people from 60 countries to discuss key issues facing their generation. The next one will be held on Nov. 3-6 in Sharm el-Sheikh.

Hamdi el-Shami, a former first undersecretary of the Tourism Ministry who has been working in tourism for more than 20 years, told Al-Monitor that hosting such an international conference is a golden chance for Egypt to boost tourism, saying, “Conference tourism is the best type of tourism in the whole world. It has many revenues for Egypt and the host city.”

He said that the media members who accompany the large number of delegations — about 6,000 people — will play a great role in promoting the country.

“We should pay more attention to those media people who will attend the conference as well as its side events and the tours in Sharm el-Sheikh as they will write articles about what they see. It is free promotion for Egypt, which really deserves it,” he said.