The Iranian government’s new foreign exchange rules are keeping many students abroad from obtaining currency at the lower official rate, with the backlash posing a new challenge for the Rouhani administration. 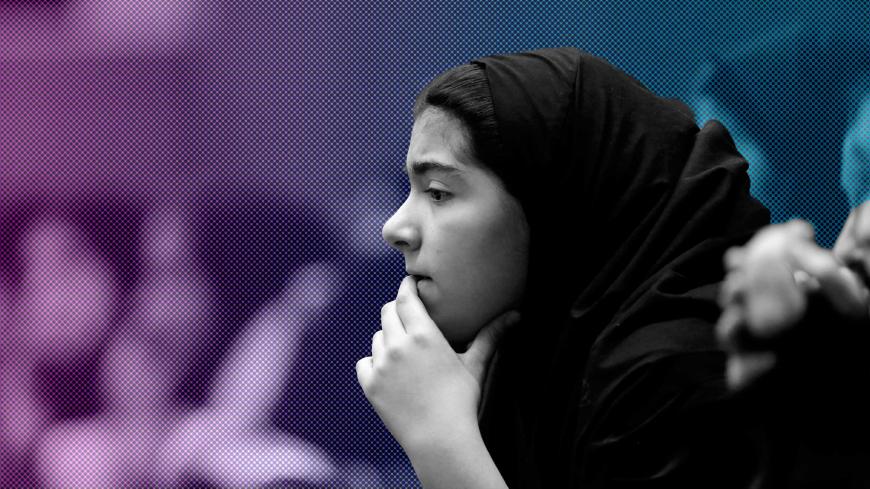 Thousands of Iranian students studying abroad are feeling the pain of new foreign exchange policies announced by the Central Bank of Iran in response to the rial's devaluation.

In January, one US dollar fetched 44,500 rials on the open market. Today, it takes more than 100,000 rials to equal one dollar. The government had long allowed students enrolled at universities abroad to obtain hard currency at a lower official exchange rate, after being approved through a process that involved multiple grueling steps. Among other conditions, male students also had to provide proof of having fulfilled their mandatory military service, and every student was required to sign a letter of commitment promising to work in Iran for up to six years anywhere the government placed them after completing their education.

At the end of the application process, students would be granted access to two $6,000 installments per year to help cover living expenses. An additional maximum of $15,000 was also made available to cover tuition fees, with the money transferred directly to universities. This option was, in effect, of no use for many students, given the banking issues due to US sanctions even before the United States withdrew from the Joint Comprehensive Plan of Action in May.

Amid an intensification of the rial's devaluation, leading to an increased divergence between the official and open market rates, First Vice President Eshaq Jahangiri on April 9 announced that Iran would unify the exchange rates, setting the price of a dollar at 42,000 rials. He added that the unified rate would apply for all Iranians, whatever their need for hard currency. This did not, however, materialize, but in effect brought the foreign currency market to a halt while giving rise to a black market with rates spiraled out of control.

These circumstances prompted many students to continue adhering to the arduous steps of accessing hard currency at the official rate to continue their education. This option, however, recently evaporated.

On July 25, President Hassan Rouhani appointed Abdolnaser Hemmati governor of the Central Bank of Iran, replacing Valiollah Seif, who had held the post since 2013. Along with this change, the administration also unveiled new policies on exchange rates. On Aug. 5, Hemmati announced that importers of a list of prioritized goods and services would continue to have access to hard currency at the official rate. Iranian students studying abroad were not to be found on the list. The next day, without prior warning or announcements, Iranian banks officially stopped offering students hard currency at the official rate.

Alireza, a freshman at a university in France, told Al-Monitor, “I went to Saman Bank on Aug. 6, and although I had gone through all the steps and deposited the rial equivalent [of $6,000] two weeks earlier, the bank told me they could not give me dollars for now and they had received an order from the Central Bank to stop all such payments.”

Students who were in the process of applying for hard currency at the official rate faced the same situation. The discontent among Iranians studying or aspiring to study abroad led to the launch of an online campaign, followed by a petition, asking authorities to allow students to obtain hard currency at the lower official rate. Despondent students also created a group on Telegram, the popular social media app, creating a platform for discussing how to restore students' access to the rate. Close to 3,000 people had joined by Aug. 21 and among the various suggestions about how to create momentum for change was highlighting the issue in comments under the social media posts of local celebrities, politicians and athletes.

On Aug. 11, the Central Bank issued a circular on the provision of foreign currency for certain services. Part of the circular dealt with students. It stated, “Those students who are already enrolled in a program for the current academic year may receive foreign currency at the announced [official] rate until Sept. 22 at the latest.”

It thus appears that new students will not be afforded the same privilege. This announcement sparked even more discontent among students, with many taking to the streets Aug. 11, rallying outside the Central Bank building in Tehran’s Mirdamad district.

Elnaz, an engineering student who has been admitted to a German university, was among those protesting. “With this decision, the government is ruining our lives,” she told Al-Monitor. “We had planned everything based on this, and now they say they will no longer give us subsidized dollars.”

She further stated, “We plan to pursue our rights in complete calm. We will gather in front of the Central Bank again until someone gives us an answer.”

Not everyone agrees with channeling scarce foreign exchange reserves to students given the stringent US sanctions. Saeed Laylaz, a prominent economist and political analyst, told Al-Monitor, “I’m against giving subsidized currency to students. In the current situation, where we are facing international pressures and our foreign currency revenues are nearing a minimum, there is no logic in giving students [access to] this exchange rate. Many of [them] leave and have no intention of ever returning to the country.”

There are data to support Laylaz's assessment. Figures show that the stay rate of Iranian doctorate recipients in the United States is far above the average of students from other countries. Indeed, one study from 2011 found that 92% of Iranian students who had completed doctorates in the United States remained there five years after graduating. The equivalent figure for neighboring Turkey was 56%.

So far, the students do not appear inclined to end their protests. Those who had planned on 42,000 rials to the dollar must begin their studies paying more than twice that, running the risk of losing the opportunity to study abroad. Given this dilemma and the Rouhani administration's lack of attention to the matter, one can only wait and see if the students can convince the government to alter its course.