With Kurdish peshmerga gone, and Kirkuk back under Baghdad's authority, Turkmens in the province feel their time might have arrived. 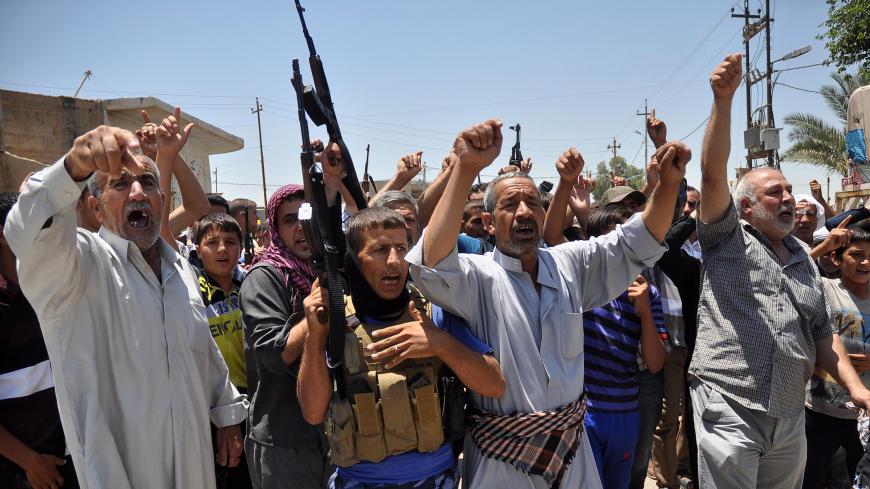 The Turkmens of ethnically diverse Kirkuk province in Iraq finally feel that they are coming into their own, sensing a new beginning after being subjected to Arabization policies under President Saddam Hussein's regime and then to Kurdish domination after he was toppled in 2003. The tide turned after Baghdad rejected the September 2017 Kurdish independence referendum and forcibly reclaimed Kirkuk from the Kurds the following month.

For the Turkmens, Iraq's most recent nationwide parliamentary elections, held May 12, were an opportunity to begin to translate their desire of increasing their influence in Kirkuk and the region into concrete gains. The province's Kurds, dejected after last year's setbacks, lacked enthusiasm for the elections, while the Turkmens' organized an impressive turn out.

Ammar Kahya of the Iraqi Turkmen Front told Al-Monitor that Turkmens had united for the first time to ensure they wouldn't miss the opportunity to make themselves heard. Remaining silent, they feared, might result in the return of Kurdish domination to the region.

The election results did not, however, meet Turkmen expectations of winning at least four seats, with six deputies from the Patriotic Union of Kurdistan (PUK) taking seats along with three from the Turkmen list and three from the Arab parties. The outcome was controversial and raised accusations of vote fraud. Arabs, Turkmens and Kurdish parties opposed to the PUK demanded a recount. The results and the allegations of fraud led to violent protests immediately after the results for Kirkuk were reported.

The election aside, the Turkmens are concerned that Baghdad might bribe the Kurds in Iraqi Kurdistan to keep them from trying to secede, improve Kurds' status and perhaps even allow the peshmerga to return. Oil-rich Kirkuk had long been a point of contention, claimed by both Baghdad and Erbil, the capital of Iraqi Kurdistan. When Baghdad retook Kirkuk in October, the peshmerga withdrew from the province without much of a fight.

This was a turning point for Turkmens, who felt they finally had a voice after 50 years. “Peshmerga left the city. People established good relations with the Iraqi special forces that replaced them,” Kahya said. “It was a time of jubilation.”

Arshad Salihi, chairman of the Iraqi Turkmen Front, speaking to Turkey’s state-run Anadolu News Agency, said, “The PUK wants to set up a joint Iraqi-peshmerga operations center to enable the peshmerga to return to Kirkuk. We are warning all parties that the return of peshmerga will create problems.”

Another problem the Turkmens fear is outside interference if Kirkuk becomes divided. In particular, there are concerns that the Islamic State (IS) might target a fragile Kirkuk, where the group has recently intensified its attacks using sleeper cells. Scattered IS elements have been regrouping on Hemrin Mountain, rebranding themselves the White Flags. The members of the organization, which includes Turkmens, could well see Kirkuk as an easy mark.

Some Turkmens believe that uncertainty about the province's status could lead to ethnic account settling among the Kurds, Arabs and Turkmens. They say violence is not in their interest, as they lack a militia forces, like the peshmerga, but Kurdish sources claim that Turkey has trained 500 Turkmens to fight as a unit. Kahya explained that during previous clashes with IS, Turkey had indeed provided training to defend Kirkuk, but that the training included Turkmens, Arabs as well as Kurds.

In 2014, Turkmens became dependent for protection from the Hashd al-Shaabi, or Popular Mobilization Units (PMU), which organized after Mosul fell to IS in June of that year. About 12,000 Turkmens joined the fight against IS by enlisting in PMU militias. The PMU left Kirkuk after Baghdad reclaimed the city in October.

So, what do the Turkmens want these days? According to Kahya, first is for the election dispute in Kirkuk to be resolved, an issue on which the Arabs also agree. Hatem al-Tai, the Arab Alliance candidate, said that if the Iraq High Election Board doesn’t settle the claims of election fraud, civil conflict might well erupt.

They also demand the temporary appointment of a Turkmen governor. Demographically, Turkmens have no guarantee that a Turkmen governor will win local elections scheduled for December. Neither the Kurds nor Turkmens are satisfied with Rakan Jabouri, an Arab appointed by Baghdad as acting governor after it retook the province.

The Kurds have accused Jabouri of relaunching Arabization policies, especially after some Kurdish villagers were forced to evacuate their homes due to their proximity to an oil field. Turkmens meanwhile blame the governor for an increase in local tensions.

Another Turkmen desire is for one of the three deputies from the Turkmen list to be appointed to the next Cabinet. They also want to exclude Kirkuk from the bargaining between Baghdad and Erbil on normalizing the province's status after the rift over the independence referendum. Rapprochement without Kirkuk is not, however, acceptable to the Kurds, who consider it the “Jerusalem of Kurdistan.” Turkmens also want the people of governorate to be allowed to benefit from oil produced in Kirkuk.

To keep their status from declining in Kirkuk, the Turkmen would like Ankara to put its weight behind them, but that won't be simple. Arabs and Kurds do not want Turkey to be a party to the normalization process. Moreover, Turkey has been trying to improve relations with Baghdad, so Ankara has lowered its profile in Kirkuk in light of the serious misgivings about Turkey’s interventions in Iraq, like its sending troops into Bashiqa in the run-up to Mosul's liberation and attacks in the Qandil Mountains in pursuit of fighters from the Kurdistan Workers Party.