Iran’s Expediency Council is inching closer to reinstating an elected Zoroastrian member of a city council after a controversial suspension over his faith. 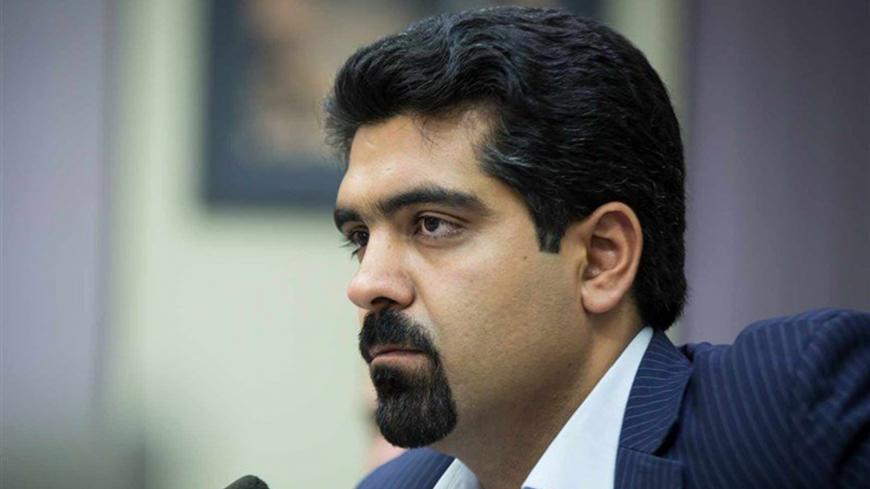 Zoroastrian Sepanta Niknam, who won nearly 22,000 votes in May 2017 for a seat on the city council of Yazd in central Iran. - Twitter/@farhoud_maziyar

The reinstatement of Sepanta Niknam, who won nearly 22,000 votes in May 2017 for a seat on the city council of Yazd in central Iran, could be just around the corner. The controversial case, protracted for months, has not ceased to grip the attention of Iranian media.

Following his re-election — he had served on the council since 2013 — Niknam’s very candidacy was legally challenged by a defeated local rival. In October, the Guardian Council chaired by hard-line cleric Ali Jannati approved a ruling by the Administrative Court of Justice that suspended Niknam on religious grounds.

The verdict asserted that members of religious minority groups are not authorized to run for seats in Muslim-majority constituencies. Seen by many as a breach of Iran’s Constitution, which recognizes Zoroastrianism and allows members of the community to elect their own representatives, the decision sparked outcries not only from the public but from top officials as well.

Parliament Speaker Ali Larijani stood up for Niknam, describing the verdict as illegal and promised to pursue the matter. In Iranian politics, disputes arising between parliament and the Guardian Council can be referred to the Expediency Council for arbitration. Many of the Guardian Council’s members are appointed by Supreme Leader Ayatollah Ali Khamenei.

Member of parliament Mohammad Javad Kolivand said, “Two special committees of the Expediency Council have agreed to amend the law on city councils based on a proposal presented by the parliament. The proposal demands that an act ratified in 1996 serve as the basis, and this could pave the way for Sepanta Niknam’s reinstatement to the Yazd City Council.”

The announcement contradicted a conservative member of the Expediency Council, Gholam-Reza Mesbahi-Moghaddam, who almost shattered hopes for Niknam’s comeback after telling the media that the case was removed from the council’s agenda by its secretary, Mohsen Rezaee. But Rezaee was quick to vehemently deny the claim, saying, “Do not use the rights of minorities as a tool for waging your partisan battles.”

Closely following the latest developments surrounding his political future, Niknam remained cautiously realistic. “Please be aware that the remarks by Mr. Kolivand only mirror the views of the two committees. The issue has yet to be put to a vote on the Expediency Council’s floor. With God’s grace, we will celebrate unity after their vote in favor of the motion,” he tweeted.

As an ancient religion, Zoroastrianism is observed by some 25,000 followers in Iran. Yazd is home to the country’s second-largest Zoroastrian community. For Niknam, a resolution of his case as an individual is no longer a priority. Aspiring for more, he is hoping that the Expediency Council’s arbitration will address the matter comprehensively and will cover all minorities. “Under the current political circumstances, the presence of minority representatives in city councils could strengthen national unity,” he told the online version of the Reformist daily Etemad.