Palestinians have expressed their anger at the Qatari ambassador’s statements in which he claimed that Hamas and Israel are conducting secret negations to avoid war. 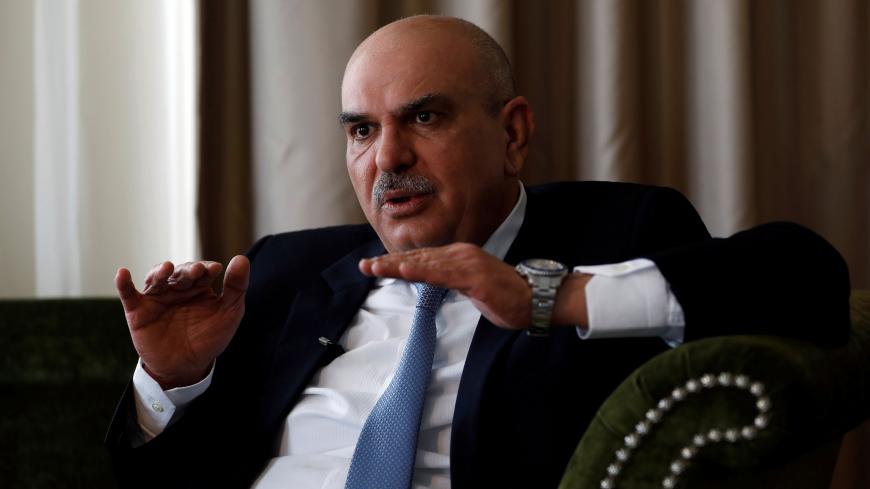 Qatari Ambassador to the Palestinian territories Mohammed al-Emadi had a series of press interviews in July in which he expressed new positions that surprised many Palestinians and perhaps embarrassed Hamas. Emadi took some unprecedented stances in the history of Qatari diplomacy toward the Palestinian cause.

On July 17, Emadi, serving as head of Qatar’s Gaza Reconstruction Committee, told Al Jazeera, “Hamas and Israel reached a tacit understanding to keep their military confrontation at low intensity and avoid a full-scale war,” noting that “there is an understanding between Hamas and Israel not to commit to killing from each side.”

Emadi further stressed that “it is very difficult to fund the reconstruction of Gaza in an event of yet another destructive war,” adding that he had “discussed a maximum of five- to 10-year cease-fire with Hamas,” pointing out that the latter no longer trusts the Egyptians.

Speaking to Israeli channel Kan on July 8, Emadi mentioned a proposal he had made to Israel to allow 5,000 workers from Gaza to work in Israel, but the latter never responded.

He told Xinhua New Agency on July 1 about indirect talks between Hamas and Israel to improve the situation in Gaza and prevent a new war. He noted that he had agreed with Israel that should it wage a war, Qatari projects would remain intact unless it was targeting Hamas.

Despite the great uproar that Emadi’s statements have raised among Palestinians, he refrained from explaining himself and refused to comment to Al-Monitor in this regard.

However, Hamas leader in Gaza Mahmoud Mardawi told Al-Monitor, “Only Hamas’ spokesmen and leaders express the movement’s positions. No state or diplomat speaks in its name, no matter how strong our ties. Regardless of our deep-rooted political relations with Qatar, it does not speak for Hamas.”

Mardawi added, “Emadi’s words were misunderstood by some, and thus his opponents will use them against him. Hamas is on good terms with most Arab countries, Egypt and Qatar included, and we do not believe we are party to their differences or any other bickering between Arab countries.”

Emadi’s statements were poorly received by Palestinians, both at the popular and factional levels. Speaking to al-Mayadeen on July 4, Hamas leader Ghazi Hamad denied negotiations with Israel or any sort of mediation between the two, noting that Hamas welcomes any party offering humanitarian projects in Gaza without a political price.

The Popular Resistance Committees in Gaza said in a press statement on July 2 that Palestinian blood is worth more than Qatari projects, and that Emadi’s statements seem to go in line with international initiatives on the Gaza Strip. “Our liberation project will not be traded for humanitarian aid,” the statement added.

Zulfiqar Swairjo, a member of the Central Committee of the Popular Front for the Liberation of Palestine, said on July 2 that Emadi takes himself for a Palestinian leader who controls the fate of the people, and his statements are inaccurate.

On July 1 and 2, activists took to social media to mock Emadi’s statements. One meme read, “Those who take refuge in Qatari projects in Gaza are safe.”

Others believed this to be a prelude for an Israeli war on Gaza, and some interpreted it as part of the Arab role in rooting for the United States and Israel to pressure the Palestinians to accept the so-called Deal of the Century that Washington is expected to propose.

Tayseer Nasrallah, a member of Fatah’s Revolutionary Council, told Al-Monitor, “Fatah is skeptical of Qatar's policy in Gaza. Emadi needs to deal with the Palestinian Authority (PA), not Hamas, which he singles out to establish the state of Gaza. His statements go in line with the 'Deal of the Century,' and we are concerned about Qatar’s efforts to promote Hamas regionally and internationally at the expense of Fatah and the PA.”

Nasrallah added, “We believe that Qatar’s humanitarian projects should not serve Qatari interests, and we call on Qatar to direct Emadi toward the legitimate Palestinian authority.”

Although the US administration has not officially revealed the "Deal of the Century," leaked reports claim the forthcoming proposal will include establishing a Palestinian state in the Gaza Strip and parts of the West Bank while donor countries provide financial assistance to the Palestinian state, and holding peace talks between Israel and Arab countries.

Perhaps some Palestinians linked Emadi's comments to the "Deal of the Century," given how Al Jazeera's July 17 article mentioned that Jared Kushner and Jason Greenblatt, advisers to US President Donald Trump, visited Qatar on June 23 to discuss with Qatari officials several infrastructure projects to ease Gaza's worsening economic crisis and create jobs for residents of the enclave.

Emadi's statements can be perceived as a Qatari desire to demonstrate its ability to influence the deadlock in the Gaza Strip. Meanwhile, all Palestinian parties fear a military confrontation between Hamas and Israel, and if Qatar succeeds in stopping this explosive path, it will be praised by all these parties.

Emadi's mention of indirect negotiations between Hamas and Israel may prompt the PA to hasten reconciliation with Hamas. The PA might be led to think that Hamas’ efforts might make Israel see the movement as a replacement to the PA and thus keep the situation in Gaza as it is.

Perhaps Qatar is trying to use the Palestinian dossier in the context of its regional differences, especially with the Egyptians, by saying that Hamas does not trust Egypt and show the decline of its role. In return, Qatar is stepping up its action in Gaza by holding political meetings with Hamas and expanding housing and infrastructure projects.

On July 19, Hamas agreed to the Egyptian initiative for reconciliation with Fatah during a visit by a delegation to Cairo, which began on July 9 under the leadership of Saleh al-Arouri, deputy head of Hamas’ political bureau, and lasted for several days.

Hussam al-Dajani, a political science professor at Al-Ummah University in Gaza, told Al-Monitor, “Emadi might not have been tactful in his recent statements and wants Hamas and Egypt to go back to estrangement. He broke diplomatic norms by warning of Qatar’s unwillingness to rebuild Gaza in the event of war with Israel.”

Dajani added, “Emadi was out of line when he gave the Palestinians the ultimatum of either responding to Israeli aggression or having Qatari support. He ought to have used softer words because those he used do not comply with the Qatari foreign policy. Qatar has always supported Gaza silently, and this is what gave the Qatari state a prominent role in the region.”

Qatar is aware of Hamas' alliances and ties in the region and the world, which may make it imagine — based on Emadi’s behavior — that the movement would give it the green light to speak and negotiate with Israel on its behalf. However, Emadi might be mistaken to believe so.