An Irish parliament decision to advance sanctions legislation against imported settlement products has minimal economic consequences, but one would not know that based on the response of the Israeli government. 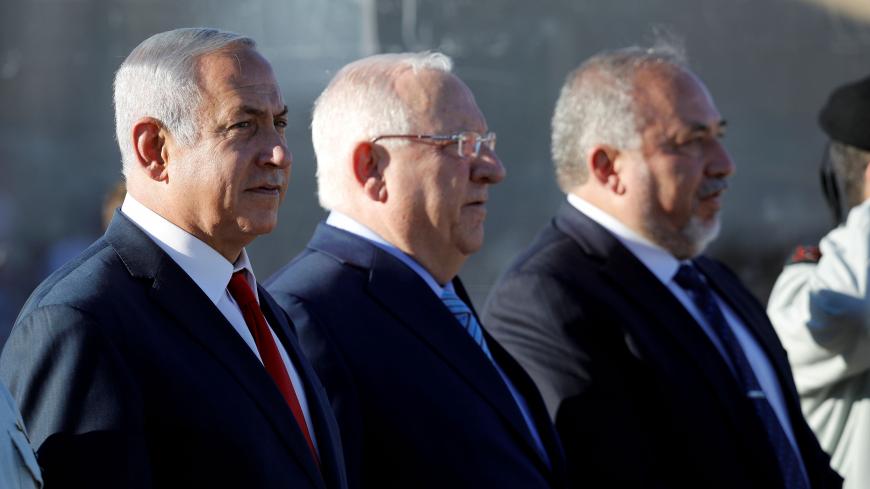 The Irish Senate on July 11 advanced sanctions legislation on goods produced in Israeli West Bank settlements. Were it not for the grim state of the Israeli-Palestinian peace process and the plumes of smoke and fire billowing over the Israeli south sparked by incendiary kites and balloons released from Gaza, the Palestinian reaction and Israeli protest concerning the decision would have been laughable.

Saeb Erekat, secretary-general of the PLO, described the Senate initiative to criminalize the import of goods made in the West Bank, East Jerusalem and the Golan Heights as a “courageous historic gesture that sends a clear message and points the way forward for the European Union.” For now, however, there is no indication, opaque or clouded, that other EU member states will follow suit. There is also no guarantee that the proposed law, opposed by the Irish government, will complete the legislative process and become law.

Nonetheless, Israel’s Foreign Ministry issued a statement saying the Senate in Dublin was backing a “populist, dangerous and extremist anti-Israel boycott initiative that hurts the chances of dialogue between Israel and the Palestinians; it will have a negative impact on the diplomatic process in the Middle East.” Who, exactly, is Israel’s dialogue representative? Prime Minister Benjamin Netanyahu, who has pledged that a Palestinian state would not be established on his watch? The Central Committee of the ruling Likud that has called on elected officials to impose Israeli law and sovereignty “on all the liberated areas of Jewish settlement in Judea and Samaria” (that is, the West Bank, which Israel captured in the 1967 war)? Defense Minister Avigdor Liberman, who is pushing ahead with the construction of 1,895 housing units in the West Bank, most of them (1,536) on lands slated for a future Palestinian state?

The 1995 Association Agreement signed by the EU and Israel stipulates that import-export tariff exemptions would not apply to the areas Israel seized in 1967. At the end of 2015, the European Commission called on EU member states to enforce the labeling of products made in Israeli settlements. The call stemmed from most EU states having ignored the labeling directive in their distribution networks.

Either way, the sanctions on settlements have had a negligible effect, if at all, on the Israeli economy and public opinion. According to “The Marker” at the time, in 2015 Israel’s Ministry of Economy estimated that European sanctions would apply to $50 million worth of exports out of the $150 million-$200 million worth of goods annually exported by the settlements, constituting less than 1% of Israel’s total of $27 billion in annual exports to the EU. According to official Israeli data, annual Israeli exports to Ireland totaled 68.3 million euros in 2017 (compared to imports worth 868.4 million euros). Assuming the goods exported by the settlements to Ireland constitute about 1% of total exports, the financial implication of the boycott is a drop in the bucket. For Netanyahu, however, it is all the same. Every penny counts, especially if it is a Palestinian penny.

“The absurd in the Irish Senate's initiative is that it will harm the livelihoods of many Palestinians who work in the Israeli industrial zones affected by the boycott,” the Foreign Ministry statement said. Netanyahu might just as well have argued in court that cutting the supply of cigars he received from wealthy friends would damage the livelihood of Cuban tobacco growers. Netanyahu’s anxiety about the fate of the Palestinians reminds Alon Liel, former Israeli ambassador to South Africa and one-time director of the Israeli Foreign Ministry, of the claim by the apartheid regime that the world’s economic sanctions would hurt the blacks, first and foremost. “Every nation that has fought for its liberation and freedom has been forced to pay prices,” Liel told Al-Monitor. “The Palestinians know this well, and even we Israelis do.”

The concern of Israeli settlers for the welfare of Palestinian laborers is reflected in a 2015 Human Rights Watch report that includes the testimony of hundreds of Palestinian children, some as young as 11, employed in the fields of Jordan Valley settlements. They start work at 5:30 or 6:00 a.m. and labor for eight hours a day, six and sometimes seven days a week. They drop out of school and suffer difficult conditions in extreme heat.

According to an April 2018 report by WAC-MAAN, a workers organization, some 30,000 Palestinians from the West Bank labor in Israeli industrial zones and in the settlements themselves. “Most of the settlement workers are employed under harsh conditions, often having to work a 12-hour work day for 120 shekels ($33) and to give up social benefits,” the report notes. According to Israeli labor laws, an Israeli employed for the same number of hours, at the Israeli minimum hourly wage of $7.86, would earn triple the amount compared to his Palestinian counterpart, plus be eligible for social benefits.

Israeli concern for Palestinian workers failed to convince the Senate in Dublin to drop the proposed sanctions and make do with the EU directive on labeling settlement goods. For now, there does not appear to be any basis for Palestinian hopes that other countries will follow Ireland’s example.

Nitzan Feldman of the Israeli Institute of National Strategic Studies has written that the negative implications of the Israeli-Palestinian conflict on trade with Europe have been meaningless in macro-economic terms. Feldman, an expert on international economics, nonetheless notes that the implications could grow if the de-legitimization of Israel expands in scope. In a 2016 memo, Feldman asserted that a total economic boycott of goods made in the territories could signal willingness to adopt additional anti-Israel measures and deter foreign companies from deepening ties with Israel.

Feldman forecast that official moves underscoring the displeasure of European governments with business activities in the occupied territories would boost moves against Israeli companies operating in Israel, too, as well as in the territories. “It seems that the most important variable determining the extent of damage [to Israel] … is the level of antagonism among the general public and within EU governments toward Israel’s actions against the Palestinians,” the researcher concluded.

The antagonism generated in Dublin by the Israeli occupation might be too little, but not too late to wake the Israeli government from its diplomatic slumber.