Netanyahu’s Israel will know no peace

Instead of acknowledging and adressing the miseries of the Palestinians, Prime Minister Benjamin Netanyahu finds it beneficial to prolong the conflict on the Gaza border. 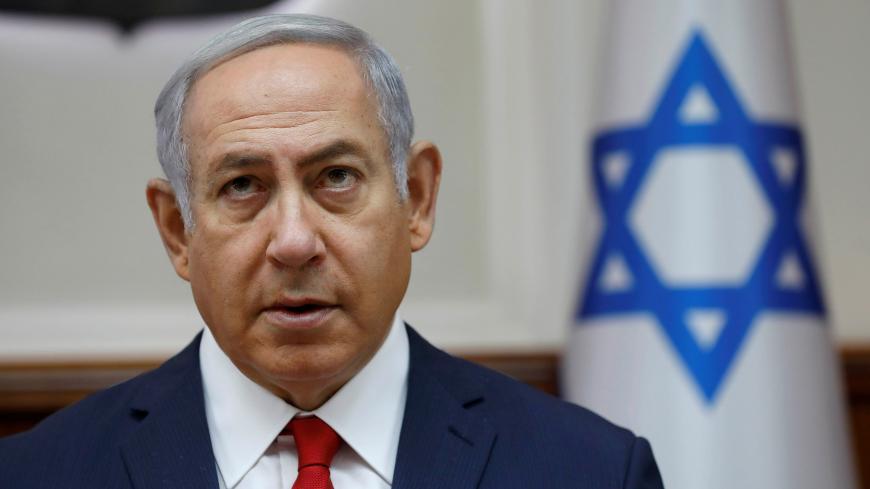 "I believe that we are doing the right things. It would be worthwhile to pay attention not only to what we are saying, but to what we are doing,” Prime Minister Benjamin Netanyahu said on a July 17 visit to the IDF Gaza Division. So what are Israel's leaders doing to ensure the welfare of the Israelis living along the Gaza border and to protect their fields against the flaming kites destroying their crops? The answer lies in the newspapers’ archives. They are doing exactly what they did the previous time warning sirens blared and sent the children in the border town of Sderot running to shelters. They will probably do the same again next time.

The scene never changes: threats, airstrikes, closing of border crossings to Gaza, limiting Gaza’s fishing, imposing a fuel embargo, more threats. If Education Minister Naftali Bennett surges in the polls after riding the wave of suffering of Gaza’s 2 million residents and the hysterical media coverage, Netanyahu will be forced to order a ground operation in Gaza. In a few months, perhaps a year or two, rockets will once again whistle over Sderot accompanied by blaring sirens, the prime minister’s office will invite reporters to accompany him on a tour of the battered town and to hear him suggest yet again that Israelis pay attention “to what we’re doing.” Until the next time.

On July 15, Transportation Minister Yisrael Katz demanded that the defense Cabinet be presented with a proposal for "clear" Gaza policy. The message of Katz’ criticism as well as of sharp attacks by the leadership of the opposition parties is that Netanyahu’s Gaza policy suffers from strategic shallowness. Haaretz' military analyst Amos Harel borrowed the name of Barbara Tuchman’s tour de force about the folly of government decisions throughout history to characterize the situation: March of Folly. There is certainly room to criticize the way Netanyahu is managing the conflict with the Palestinians in both Gaza and the West Bank. The problem, however, does not lie in lack of policy, but rather in Netanyahu’s policy that is based on an inherently dangerous worldview.

Signs of this policy are strewn along the path of Netanyahu’s political career. They shout out from the pages of his book “A Place among the Nations,” published 25 years ago, all the way to his conversation this week with local leaders in Gaza border communities. “The Jews are no longer helpless,” the young Netanyahu wrote. They are able “to again seize their destiny, to again control their fate. And if that ability is still in the making, if the Jewish people needs time to shed its apolitical habits of thought and behavior acquired in years of exile, this process will have to be substantially accelerated,” explained the son of historian Ben-Zion Netanyahu, an acolyte of the Revisionist leader Ze’ev Jabotinsky.

The key word in Netanyahu’s paradigm is “time” and the main message is “resilience.” Time, according to his clock, is on Israel’s side. “I said to the heads of the local councils in the south that we are in a protracted struggle,” the prime minister told reporters. “We are simply in the throes of a process … I don’t want to tell anyone that this is over … We have to be prepared for a continuation of the struggle … It doesn’t end with one fell swoop … I cannot console those who suffered the hardest losses … We are in the midst of a continuing Zionist battle … We have been fighting terrorism for 100 years, fighting with all our might, and this place at this moment is the line of friction between Islamic terrorism and the Jewish state, and we are determined to win.”

Netanyahu views the Palestinian people as a hotbed of Islamic terrorism. At an October 2015 meeting of the Knesset’s Foreign Affair and Defense Committee, Netanyahu said, “There are movements here of religion and Islam that have nothing to do with us.” Therefore, the prime minister asserted, “At this time we have to control all the territory for the foreseeable future.” Turning to the leftist lawmakers, he added, “I am asked whether we will forever live by the sword: Yes.”

Time and resilience were also themes in Netanyahu’s answer to reporters in Sderot who asked him what message he was bringing to parents in the Gaza border communities, whose children have been sleeping in bomb shelters for over 100 days. “We are committed to these darlings,” the prime minister answered and promised, “This is a protracted move.” The following day, Netanyahu said that the “steel wall of civil determination of Sderot’s residents” had impressed him.

Psychological studies conducted in Sderot and other Gaza border communities indicate that behind the “steel wall of civil determination” cliche, thousands of these “darlings” are suffering mental anguish. Time is not on their side. A study conducted by Natal, a nongovernmental organization that provides trauma counseling to the Sderot area’s residents, found that 71% of the children exhibit symptoms of post-traumatic stress. Ruth Pat-Horenczyk of the Herzog Hospital’s Center for the Treatment of Psychotrauma found that 40% of the children in the region suffered from anxiety and other post-traumatic stress symptoms after the 2014 Protective Edge operation, three to four times more than elsewhere in Israel.

According to Netanyahu, only he is able to save the people of Israel from the politicians displaying “thought and behavior acquired in years of exile.” To do so, he surrounds himself with cheerleaders such as members of his Likud Knesset faction who applauded when he told them July 9 of his decision to shut down the Kerem Shalom crossing into the Gaza Strip.

A poll commissioned by the right-wing newspaper Makor Rishon gave the Likud led by Netanyahu 33 Knesset seats and 11 to the main opposition Zionist Camp. The sounds of babies crying in Sderot shelters pose no threat to Netanyahu’s rule and his policies. The swathes of fields blackened by arson from Gaza do not challenge his vision of living forever by the sword and his argument that time is on Israel's side, and neither do the children of Gaza living in the world’s biggest prison, a place that the UN warns could become uninhabitable for humans within two years. Their leaders, coincidentally, espouse the same doctrine.