The backlash in the wake of Iran’s arrest of an Iranian teenage girl for posting dance clips on social media highlights significantly reduced tolerance for hard-liner excesses among the public. 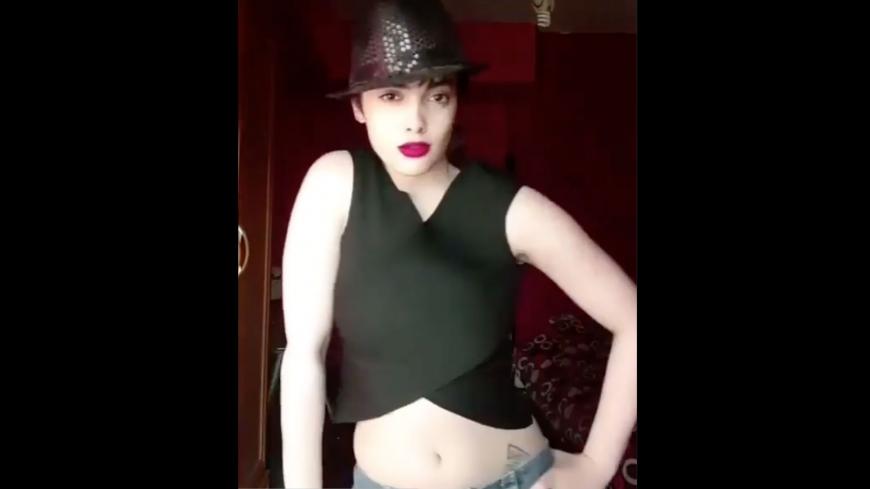 On July 7, the conservative-dominated Iranian state broadcaster aired the “confessions” of social media influencers, including 18-year-old Maedeh Hojabri. Her crime was that she took photos and videos of herself dancing and posted them on Instagram, where she had gained a relatively large following. The confessions were aired as part of a documentary aimed at "raising awareness about confronting social harms and threats,” which is nothing new in itself. But what happened next is novel. Indeed, the fierce public outcry demonstrates how Iranians, whether the general public or state officials, have considerably less tolerance for hard-liner excesses than in the past.

Thousands of social media posts heavily criticized Islamic Republic of Iran Broadcasting (IRIB) for seemingly terrorizing a young girl simply because she was happy. More unexpectedly, a wide range of government officials, conservative figures and even some clerics joined the rapidly growing chorus of angry critics. "What destroys faith and religion and ruins the establishment is not the quivering of a teenage girl's waist, but the slip of the old judge's pen!” wrote Islamic cleric Mohammadreza Zaeri on his Instagram profile.

But it turned out that a radical judge was not the issue, as the judiciary spokesman said no judge had signed off on Hojabri’s arrest and that the state broadcaster had, counter to instructions, in fact failed to seek permission from the media arm of the judiciary to air the documentary. Shortly afterward, the judiciary issued a formal warning to IRIB, which albeit weak is rare by Iranian standards.

As pressures mounted, IRIB was forced to respond, but the reaction was not what was sought. The state broadcaster's head of public relations Mohammad Hossein Ranjbaran claimed that the “confessions” were aired at the Iranian people’s behest. "It's the intrinsic duty of the national media and popular demand, especially by families, to have more information about social media," he said, stressing that the program was ordered by a social division of the police force.

Coupled with widespread backlash in the media, the cyber police, known as FATA, were forced to issue a statement saying that Hojabri had done nothing illegal, has no criminal case and that it was not behind the “summoning and interviewing of the named person.”

“I think it was very significant that this time, so many officials supported what the people were thinking and saying about this and didn’t let IRIB get away with it very easily,” Reza, a 28-year-old social media specialist, told Al-Monitor.

Vice President for Women and Family Affairs Masoumeh Ebtekar publicly called on IRIB to review the adverse effects of airing the “confessions.” Ministry of Culture and Islamic Guidance’s Media Deputy Mohammad Soltanifar also supported the public outcry. Both administration officials said this sort of behavior will only serve to alienate more people.

In his interview with Al-Monitor, Reza also highlighted how social media platforms have proven to be game changers, especially in light of how popular they've become in Iran. This has occurred despite the fact of Instagram remains the only large social media platform not to be filtered.

"A huge part of our population consists of young people born after the [1979] revolution and a lot of them are on social media. These days news travels fast and within days, if not hours, many people have the 'Hey, have you heard they've arrested a teenager for dancing?' conversation," he said.

In the past, local newspapers and activists would cover such issues as best they could, but many such incidents would soon be forgotten. Now, Reza said, "hard-liners will have to be more cautious since their actions will have higher consequences because things like this just don't go down well with the younger generation.”

Indeed, online condemnations continued to grow. Tehran-based Society for Protecting the Rights of Children decried the “confessions” as a clear example of "mental torture" and said it would pursue the matter. Amnesty International posted a group dance video using the hashtag #DancingIsNotACrime and a Persian hashtag to express support for Iranians posting dancing videos of themselves in solidarity with Hojabri.

Information and Communications Technology Minister Mohammad Javad Azari Jahromi suggested there was another side to the issue. In an interview, he said the whole thing could be a public relations stunt to distract the public’s attention from recent transparency drives concerning foreign currency allocation.

But Nasim, a 53-year-old with an extensive background in media, rejects the notion that Hojabri’s arrest was a choreographed distraction simply on the basis it was too bizarre — even for IRIB. “I really don’t understand why they would do something like this and who would sign off on this, it’s simply ridiculous,” she told Al-Monitor. “But at the same time, I don’t think it was done to divert our attention, because they know this sort of thing doesn’t really work anymore. It will come and pass and the big issues will still be there, so it will only piss more people off.”

Azar, a 25-year-old painter and designer, agrees that maneuvers like the arrests and parading of the teens are futile and regressive, and said that IRIB might have learned a lesson. “We’ve coped with a lot of things over the years and built up tolerance, but you can’t simply tolerate something like this,” she told Al-Monitor. “On the other hand, progress in education and social media has meant that most people, a lot of whom are millennials, recognize based on simple common sense that this is just wrong.”

Hard-liners are persisting in their unapologetic approach — at least for now. Eight female Instagram models and 38 behind-the-camera crew members were arrested in the southern Hormozgan province on July 16. The arrests will likely continue, but hard-liners would be much better off if they listened to the public’s frustration instead of brushing it off. As many have pointed out in recent weeks, Iran’s main — and pressing — problems stem from corruption and external pressures, and not from the youth who wish to have what limited fun they can have under conditions characterized by high unemployment, acute water shortages and a currency crisis, among many other issues.