Refugees in Egypt who are already struggling just to make ends meet are worried about the government’s proposal to increase the residency charge. 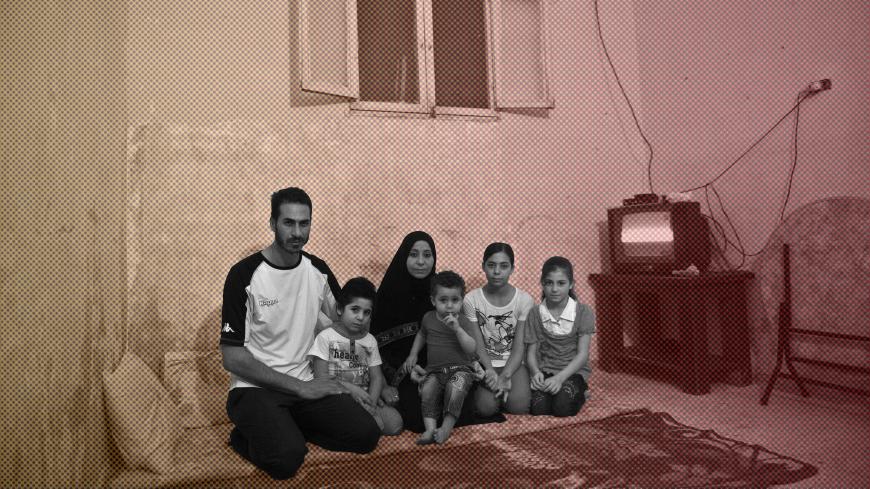 It's going to cost more for foreigners — including refugees — to live in Egypt if pending legislation wins approval.

Human rights groups are concerned by proposed amendments that would allow the government to drastically increase fees on foreigners, their dependents and those accompanying them, such as nannies and tutors.

On June 11, the Egyptian parliament agreed to refer proposed amendments to the law on foreigner residency and entry to two committees in an effort to increase the state’s revenues and push forward the national economy. The plans will be considered by the Defense and National Security Committee as well as the Planning and Budget Committee, with a target of implementing them as of July.

The amendments stipulate that foreigners living in Egypt and working for ministries, government institutions or the private sector shall pay 200 Egyptian pounds ($11) per month — instead of the current fee of 500 pounds ($28) per year — for each of their children, wives, husbands, parents and others as of July 1. Each year, the monthly fees would rise by 100 Egyptian pounds ($5.60) until they reach their maximum of 5,000 pounds ($280) per month, per person, by 2021. Fees would be imposed even on refugees who do not work.

“Such amendments would greatly harm refugees in Egypt, many of whom are suffering to afford their living,” said a Syrian refugee who has lived with his wife and three children in Egypt since 2011. The man, who spoke to Al-Monitor on condition of anonymity, added that there are many Syrians in Egypt struggling to make ends meet. “They pay house rents and their daily expenses — including food and transportation — by themselves or with minimal support [from nongovernmental organizations, charities and international groups]."

The refugee also said that a lot of Syrians have made investments in the country and started businesses that have helped the economy. “Does the Egyptian government want to scare away those Syrian investors, instead of welcoming them and encouraging them to continue living in Egypt and [making] more investments? This makes no sense,” he said.

Amer said that the proposal changes come as part of the state’s efforts to reduce financial burdens from public services, including health care, education and infrastructure, among others, in light of the recent increase in the number of foreigners and their families in Egypt.

The Central Agency for Public Mobilization and Statistics said in a 2017 statement that the number of foreigners working for Egypt’s private and investment sectors stood at 14,045 in 2016, up 1.1% compared with 13,896 a year earlier.

Amer added that in addition to lowering the state's general budget deficit, the proposal could help support development projects in Egypt. He noted Saudi Arabia and Kuwait have taken similar measures. Last year, those countries obliged foreign expatriates to pay fees for their dependents and attendants to increase state revenues.

However, Egypt's proposal is drawing a lot of criticism from human rights organizations. In a June 3 statement, the Egyptian Commission for Rights and Freedoms (ECRF) called on the parliament to consider the conditions of refugees and asylum-seekers when it discusses the amendments. The ECRF said such amendments turn a blind eye to those groups, endangering their stability. According to the commission, there are more than 250,000 refugees and asylum-seekers in Egypt, most of whom are Syrian refugees.

The ECRF cited a 2014-15 report by the United Nations refugee agency, UNHCR, saying 94% of Syrian refugees in Egypt live under the poverty line, which stands at 592.40 Egyptian pounds ($33) per month. It noted that 48% of Syrian families in Egypt have to borrow money just to meet basic needs such as food, housing and health care.

“If the law was applied with the proposed amendments, the refugees in Egypt would be put in a very dangerous situation. That's because it is impossible for a refugee family consisting of a father, a mother and two children to pay 800 Egyptian pounds [$45] per month just for residing in Egypt,” the ECRF statement read.

Some economists lauded the new amendments, which they said would generate revenues and boost the economy.

Ahmed el-Shami, a professor of economics and feasibility studies at Cairo University, told Al-Monitor that he is "totally for" the amendments. Foreigners, he said, benefit from the public services offered by the government, so they should have to pay for these services. He said such fees are imposed on expats in several countries around the world. According to Shami, the amount isn't much and wouldn't constitute a huge financial burden on foreigners living in the country. “In Saudi Arabia, for example, expats pay such fees multiplied by five,” he added.

However, economist Ahmed Koura, a veteran banker and former head of Al Watany Bank of Egypt, suggested that parliament exclude refugees and asylum-seekers from paying the fees. “I believe that the government has the right to impose such fees on foreigners to increase its revenues and financial sources, but this should not come at the expense of refugees and asylum-seekers,” he told Al-Monitor.