A lunch meeting between a Christian tour group and local Muslims during Ramadan resulted in an initiative to save one of Iraq’s oldest churches. 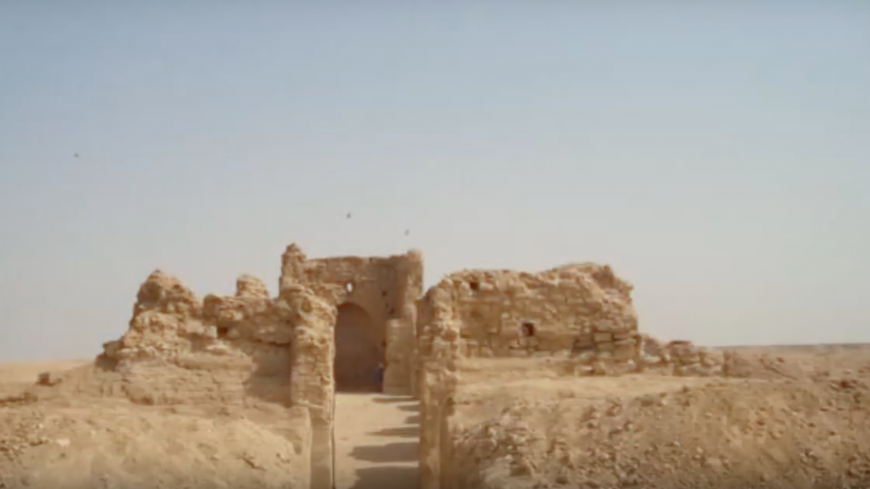 Ruins of the Church of Kokheh, built by Saint Mari in the first century, screenshot from video uploaded Jan. 22, 2018.

BAGHDAD — A group of Christians from Baghdad who visited the ruins of the Church of Kokheh, located 20 miles (32 kilometers) south of the Iraqi capital, were spontaneously invited by the local Muslim community for lunch after their tour.

The historical Church of Kokheh is one of the early points of departure of Christianity in the Middle East, Father Mansour al-Makhlissi, founder and head of the Center for Eastern Studies at the Roman Catholic Church in Baghdad, told the visitors as he took them around the site of the church on May 25. “It was the patriarchal residence of the Eastern Church for centuries,” he said, adding that 24 patriarchs were buried in the church built by Saint Mari in the first century.

Over the past 20 years, Christians could not visit the remnants of the church due to safety concerns, most recently due to the attacks by the Islamic State.

With the area now more secure, the Center for Eastern Studies organized the visit to the Church of Kokheh. The current al-Mada'in district was called Ctesiphon or Taysafun in ancient times, and served as the winter capital of the Parthian Empire and later of the Sasanian Empire. The area was discovered and partially excavated by the German Oriental Society in 1929.

Makhlissi also took the visitors to Sur Salik, another historical site whose Arabic name means "Walls of Selucia," on the other side of the Tigris River. Sur Salik is now surrounded by the Iraqi army’s military checkpoints that aim to control the violence in the area. He pointed out the church in Tal Qasr Bint al-Qadi, another site excavated by the German team in the late 1920s. “Deeper underground, the ruins of another smaller church built in the same style are barely visible,” he said. “This was the highest spiritual seat of the Eastern Church. This is where the Christian expansion to Asia started and reached China and India.”

Following the tour, Sheikh Saad Thabit al-Jubouri, a prominent local tribal leader in al-Mada’in, offered the group a lunch of masgouf (traditional Iraqi grilled fish), even though most of the Muslims were fasting for Ramadan.

During the meal, the local Muslim community and the visiting Christians talked about the restoration of the Church of Kokheh. They agreed to work on a plan together to reconstruct the site with the support of the government and organizing tours to the church for Christians in and outside Iraq.

This cooperation “unites Muslims and Christians after having been divided by the atrocities and violence of [IS] over the past few years,” Father Maissar, the minister of St. George Chaldean Church, told Al-Monitor. “Reviving this church is perhaps a new starting point in the process of uniting Muslims and Christians during the holy month of Ramadan.”

Maissar organized an iftar on May 27 at St. George Church to encourage unity and coexistence between Muslims and Christians.

Jubouri told Al-Monitor that the Muslims in the region support opening up the church to visitors to show that the area is safe once again. “It proves that it is possible to rebuild what terrorism destroyed — whether on the construction level or in the social relationship between the different Iraqi religions,” he added.

Jubouri warned against attributing the work of “a few terrorists” to a whole community or religion. “The local residents can't be held accountable for what a minority of terrorists have done. The holy month of Ramadan will be a new point of departure for all Muslims and Christians to achieve common goals such as reviving this historical church,” he said.

In the 1980s, there were calls to revive the church and make it a place of pilgrimage. Iraqi Christian theologians such as Father Yussef Hubi and Father Albert Abouna have written about the historical importance of the Church of Kokheh in their works on the Eastern Church. But the calls have yet to lead to a solid plan by the Iraqi government to authorize further excavations and restore this important heritage site.

The joint calls of Christians and Muslims to revive visits to the church were welcomed by Iraqi archaeological circles. Abdulamir al-Hamdani, an Iraqi archaeologist and head of the Antiquities Directorate in Dhi Qar from 2003 until 2010, told Al-Monitor, “This initiative is important and deserves support in the name of reviving and restoring the church and its paraphernalia, especially since its foundations are still there. A civil initiative to create awareness of this church would be a symbol of unity and peaceful coexistence between the different religions and communities within Iraqi society.”

He added, “This work would reinforce a sense of national Mesopotamian identity that would include all. We cannot talk about [restoring Iraq's multicultural community] without preserving our cultural heritage and clearly expressing respect for cultural elements.”

Hani Kasto, director of the president's office at the Endowment of the Christian, Ezidian [Yazidi] and Sabian Mandaean Religions Divan, said he agreed with Hamdani. According to him, as Christian endowment centers have no direct responsibilities in this area, they would cooperate with the Ministry of Culture to reconstruct the site of the church. “The divan and the Ministry of Culture have started cooperating in developing plans for the area that would benefit its residents and the country’s economy as well,” he told Al-Monitor, indicating that tourism could revive the area.