An Israeli bill designed to restrict how the Palestinian Authority spends its revenues is on the fast track in the Knesset. 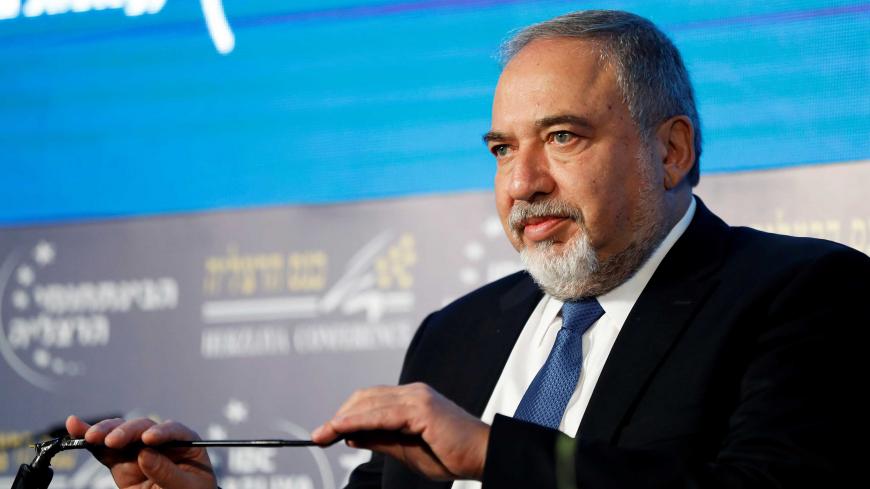 GAZA CITY, Gaza Strip — Money that the Palestinian Authority (PA) currently uses to compensate families of those captured, injured or killed in confrontations with Israel would go to Israelis instead under a bill the Israeli parliament is considering.

The Knesset approved the first reading of the bill May 7, and Defense Minister Avigdor Liberman pledged to shepherd the legislation swiftly through its required second and third readings. Chief among those calling for the change have been Liberman, Israeli Prime Minister Benjamin Netanyahu and Education Minister Naftali Bennett.

Israel collects taxes from Palestinians in occupied territories at commercial crossings and ports, keeps 3% and then returns the rest to the PA in the West Bank. Israel's share amounts to about 21 million shekels ($5.9 million) per month. The PLO channels about $300 million of the remainder to compensate the families in the form of monthly salaries. The money also goes to prisoners themselves.

Palestinian taxes cover 80% of the Palestinian government's annual budget, which Al-Monitor estimated in March amounts from $5 billion to $5.8 billion for 2018. The remaining 20% of the budget is covered by grants from foreign countries such as Saudi Arabia.

Israel has long insisted that the compensation amounts to terrorist funding. The Palestinian government contends Israel's interference is piracy.

In its weekly ministerial statement issued May 8, the Palestinian government condemned the Knesset's ratification of the bill's first reading.

A government statement said, “The Israeli government’s [3%] deduction and withholding policy is rejected altogether, and the Israeli insistence to exploit the funds however it deems fit is unacceptable. This is a flagrant violation of international conventions and charters and a clear violation of Israel's obligations under the signed agreements,” specifically the Paris Economic Protocol signed in 1994.

Ahmed Majdalani, a member of the PLO's Executive Committee, told Al-Monitor the PA will not defer to Israeli "blackmail" and will continue to pay salaries to the families. He said that what the PA is doing is a kind of social welfare for those families.

Majdalani said funds that Israel collects on behalf of the PA are revenues Palestinians are entitled to, not a favor Israel is doing them. He also called Israel's proposed deductions financial piracy and a violation of signed bilateral agreements.

Issa Qaraqa, head of the Detainees’ and Ex-Detainees’ Affairs Commission of the PA, also told Al-Monitor the Palestinian leadership will continue supporting the families and prisoners. He said that through this draft law, Israel is trying to portray the Palestinian prisoners and those who have died or have been injured as terrorists.

He called on international parliaments and United Nations institutions to reject and condemn the draft law and boycott the Israeli Knesset, which he accused of ratifying racist laws against humanity by depriving the families of social welfare funds.

Nasr Abdel Karim, an economics professor at Birzeit University, told Al-Monitor that Israel’s deduction of $300 million annually from Palestinian tax revenues would increase the Palestinian budget's fiscal deficit, which is close to $500 million. He pointed out that to compensate for the lost revenue, the government may resort to raising taxes and reducing spending on issues of vital importance to Palestinians, such as paving roads and constructing buildings.

Mohammed Abu Jiyab, editor-in-chief of Al-Eqtesadia newspaper in Gaza, concurred. He told Al-Monitor that to make up for the sudden deficit that would result from that draft law, the government would have to rationalize spending and boost local revenues by imposing more taxes on citizens.

It appears the PA will keep paying the salaries of thousands of families of those captured, killed or injured during confrontations with the Israeli army. The salaries are those families' only source of income, and the PA would be committing political suicide if it suspended the funds.