Not caving in to pressure by other coalition partners, Finance Minister Moshe Kahlon announced that he will fight the Override Clause, which would allow the Knesset to re-enact laws previously struck down by the Supreme Court. 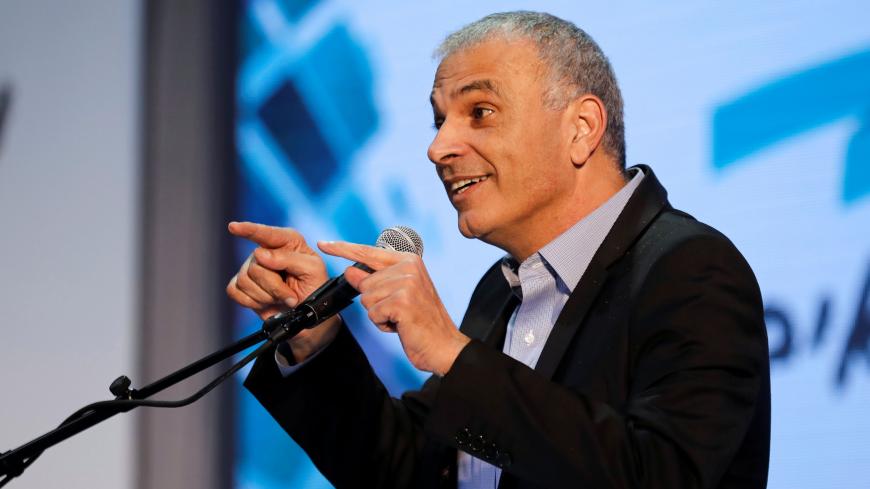 Finance Minister Moshe Kahlon, the chairman of the Kulanu Party, has risen up in support of the Supreme Court on more than one occasion. This time, however, was the most important of those occasions and the most effective.

Bennett and Justice Minister Ayelet Shaked, who is the No. 2 member of his party, have been vigorously promoting a plan to reduce the power of the Supreme Court. The Override Clause is an important part of that plan. On Sunday, Bennett insisted on bringing the new legislation to the Ministerial Committee for Legislation in order to obtain their approval, despite the opposition of Prime Minister Benjamin Netanyahu himself. Netanyahu was well-aware of Kahlon’s opposition to the proposal. And so he preferred to postpone the vote by one week so that he could cobble together an agreement within his coalition over the final language of the Override Clause. But Bennett decided to go for broke. It seemed that he had won, too, if only for a moment, when the committee approved the legislation. Very soon, however, it became clear that Bennett had actually lost.

Acting in his typically nonchalant manner, Kahlon made an appearance before the cameras during a tour of settlements surrounding the Gaza Strip. Standing against a backdrop of golden fields, with the hum of a light plane hovering above him, he announced that he plans to instruct the members of his faction to oppose the law when it is brought for a vote in the Knesset. “The Kulanu Party has an agreement with the prime minister over preserving the rule of law. We will not allow the extremists to set the agenda for the State of Israel. Extreme moves will not get us anywhere. That is why I am calling on the prime minister to advance a policy of moderation and to allay the concerns of his coalition partners,” said Kahlon.

This was a bold statement for Kahlon. He could have brought the coalition to a steep precipice and caused serious political damage to it and to himself.

In fact, Kahlon was caught in a complicated position. The need to pass the Override Clause came up again over the past few days, with the Supreme Court repeatedly overturning government decisions to incarcerate or expel African asylum-seekers and others who enter the country illegally. Kahlon has said in the past that he supports proposals to expel illegal immigrants. And so Kahlon found himself supporting the various formulas rejected by the Supreme Court but favored by the residents of south Tel Aviv, many of whom voted for him. On the other hand, Kahlon cherishes the rule of law and the court’s independence. This is why he took a risk and blocked Bennett’s attempt to inflict a devastating blow to the legal system itself.

Seeing this as Kahlon’s Achilles’ heel, Bennett used a meeting of HaBayit HaYehudi’s Knesset faction the next day to accuse Kahlon and Netanyahu of blocking a solution to the problem faced by the residents of south Tel Aviv. Without hesitating, Kahlon immediately responded: “Enough with all the spin! The Kulanu Party supports the removal from south Tel Aviv of anyone in the country illegally.” Referring to the tense relationship between the Supreme Court and the government, the finance minister then added, “There is no doubt that we must sit down together to work out a solution to the issue.”

The bottom line is that Kahlon made it perfectly clear that he intends to impose party discipline on Kulanu and instruct its Knesset representatives to oppose the law if brought to the plenum. While he did not say as much explicitly, the confidence shown by the Kulanu leader seemed to indicate that he was cooperating with the prime minister in some way. This kind of political squabbling is a classic example of winning the battle but losing the war. Earlier this week, Bennett seemed so determined that it came off as arrogant. He was so sure of himself when dealing with the prime minister that he ignored his request to postpone the vote. Then, just a few hours later, after winning the committee battle, he discovered that his efforts had been foiled and that he lacked the necessary Knesset majority for the clause to be adopted.

It is fairly safe to assume that the Override Clause will not be approved, certainly not in the current session of a Knesset that seems to be fast approaching its demise. Bennett cannot break up the coalition over this, especially with other ministers who are equally determined to limit the Supreme Court now accusing him of acting rashly and hindering the legislation progress. Minister of Tourism Yariv Levin is the fighting spirit within the Likud in the battle to reduce the power of the Supreme Court. Yet even he attacked ministers Bennett and Shaked for showing a preference for headlines over essence. “The ministers from HaBayit HaYehudi are trying to do something that will give the appearance of being populist, but in the end, will prevent all members of the coalition from agreeing on an outline that can be passed by the Knesset. We could have reached an agreement with Kulanu if they just would have waited a week.”